US workers suffers brain injury after sound incident in China

A US government employee in southern China has suffered a mild brain injury after enduring from ‘abnormal’ sounds and pressure – in an incident reminiscent of a mysterious illness that hit American diplomats in Cuba.

US and Chinese authorities are investigating the ‘sonic attack’ after the employee, who was assigned to the southern city of Guangzhou, was diagnosed with a mild traumatic brain injury.

The US embassy issued a health alert to Americans living in China on Wednesday saying it doesn’t yet know what caused the symptoms or of any similar situations in the country.

The unnamed American citizen assigned to the consulate in Guangzhou had reported a variety of ‘physical symptoms’ dating from late 2017 to April this year.

US and Chinese authorities are investigating the ‘sonic attack’ after the employee, who was assigned to the embassy in Guangzhou (above), was diagnosed with a mild brain injury

The worker was sent back to the United States for further evaluation.

US Secretary of State Mike Pompeo said Wednesday that the ‘sonic attack’ reported in Guangzhou had similarities to incidents in Cuba.

In Cuba last year, the US disclosed that 24 diplomats and their family members had fallen victim to an unsolved mysterious sonic attack that left them with injuries resembling brain trauma. Ten Canadian diplomats and their relatives also suffered a strange illness.

He said medical teams were en route to the Chinese city.

Meanwhile embassy officials in Beijing have said: ‘We cannot at this time connect it with what happened in Havana but we are investigating all possibilities.’ 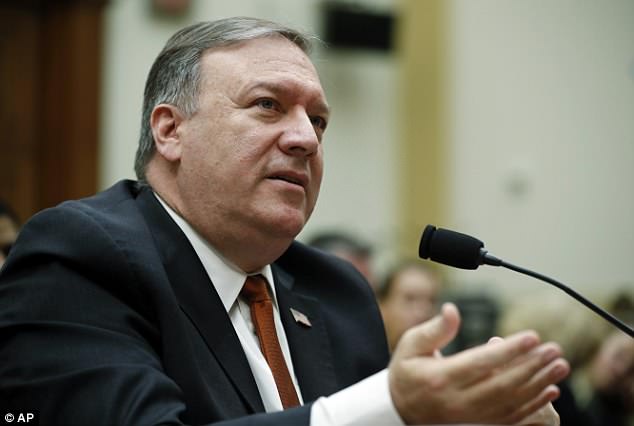 The embassy said the State Department was taking the incident very seriously and was working to determine the cause and impact.

It added the Chinese government told the embassy it is also investigating and taking appropriate measures.

The embassy’s health alert to Americans in China said the government employee ‘recently reported subtle and vague, but abnormal, sensations of sound and pressure’.

‘While in China, if you experience any unusual acute auditory or sensory phenomena accompanied by unusual sounds or piercing noises, do not attempt to locate their source. Instead, move to a location where the sounds are not present,’ it says, urging people with medical problems to consult a doctor.

In Cuba, the American victims had associated the onset of their symptoms with ‘unusual sounds or auditory sensations’, a State Department physician told the US Senate in January. 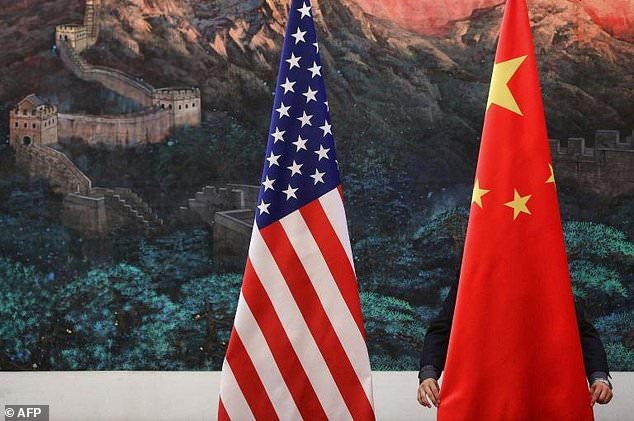 US and Chinese authorities are investigating the ‘sonic attack’ after the employee, who was assigned to the southern city of Guangzhou, was diagnosed with a mild traumatic brain injury

Charles Rosenfarb, a doctor and director of the State Department bureau of medical services, said the symptoms were mixed but consistent with brain trauma.

The victims suffered headaches, hearing loss, disorientation and some loss of cognitive ability.

Initially officials suspected the Americans had been targeted by some sort of acoustic weapon, although in public senior officials were more cautious, speaking of ‘health attacks’. Media reports have suggested that the FBI has not been able to verify any evidence to support the sonic weapon theory.

The US government has held Cuba responsible, arguing that Raul Castro’s authoritarian state must have either carried out the assaults or at least known who was behind them.

The incident prompted the United States last year to withdraw more than half of its personnel at the embassy in Havana, which reopened in 2015 as the two nations re-established diplomatic relations that had ruptured in 1961.