Jurgen Klinsmann is under no illusions. The United States are in a do-or-die situation against Costa Rica, with defeat essentially eliminating the hosts from the Copa America Centenario.

The USA were beaten 2-0 by Colombia on the opening day and face Costa Rica in Chicago on Tuesday night.

‘We need to get three points in our next game,’ said the manager. ‘Coming from that result, we view this game as a must-win, and we all understand this is a must-win situation. With only two games left, we must get three points.’ 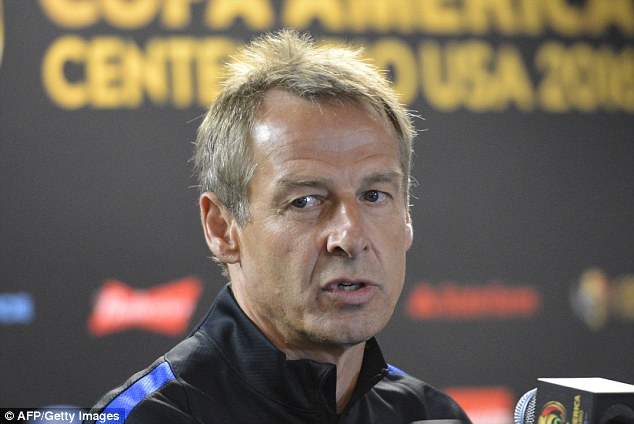 Costa Rica were disappointing against Paraguay in their opening game, a 0-0 draw, which leaves Colombia top and the USA bottom of Group A.

Before the tournament Klinsmann spoke about a potential semi-final finish, now the focus is simply trying to survive until the third game, against Paraguay, where they will have a chance to reach the quarter-finals.

‘Our players are full of energy and extremely eager to get our first points,’ said Klinsmann. ‘There’s only two games left, so you’ve got to get the first three points and then see how things play out in the third game.

‘We have respect for this Costa Rica team but we’ve got to get it done tomorrow night.’

The key decision Klinsmann has to make is whether he starts exciting duo Darlington Nagbe and Christian Pulisic or opts for the usual suspects Jermaine Jones and Bobby Wood.

Of Portland Timbers midfielder Nagbe, who is more likely to start against Costa Rica, Klinsmann said: ‘What he’s learning right now is the tempo at the international level in both ways — defensively and going forward. He’s growing.’ 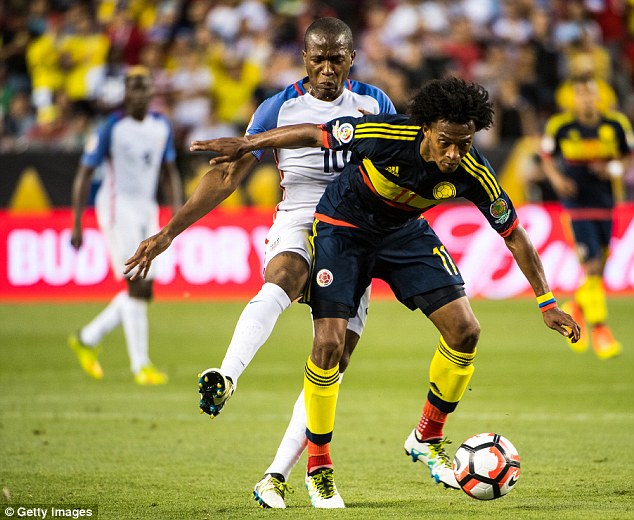 Darlington Nagbe (left), pictured in action against Colombia, could be given a start against Costa Rica 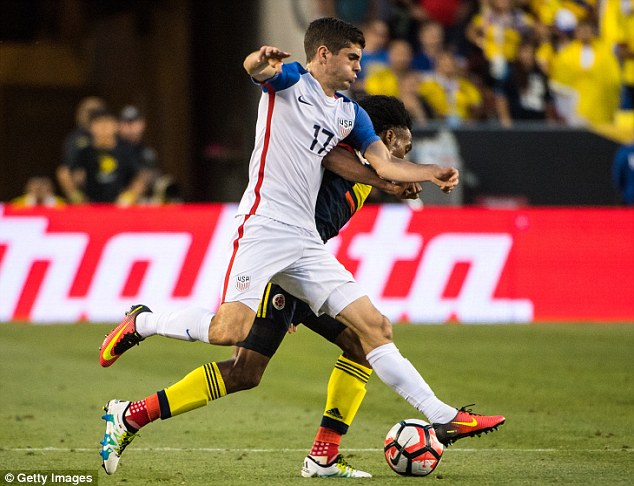 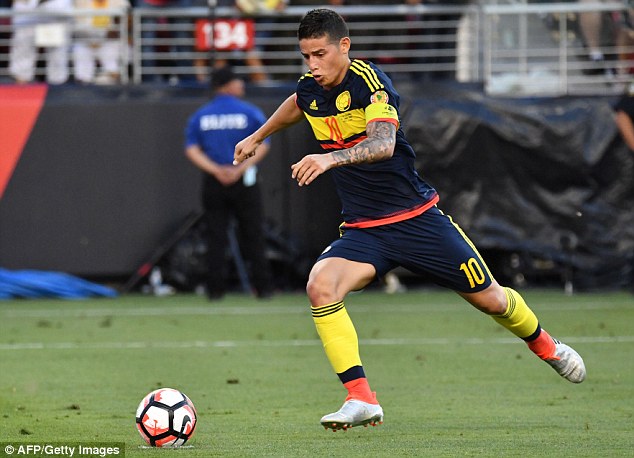 Colombia, meanwhile, are looking to extend their lead at the top by beating Paraguay at the Rose Bowl in Pasadena.

They may be missing star man James Rodriguez after he fell heavily on his shoulder during the win over the USA, in which he scored a penalty.

Manager Jose Pekerman said: ‘He’s been getting better but we know the issue of pain is there and we have 24 hours to take a decision, we won’t pressure ourselves.

‘James is irreplaceable for us but we have options like Dayro Moreno and Marlos Moreno.’ 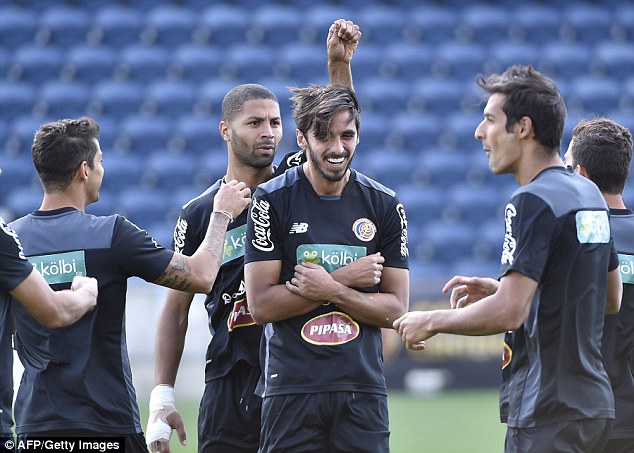 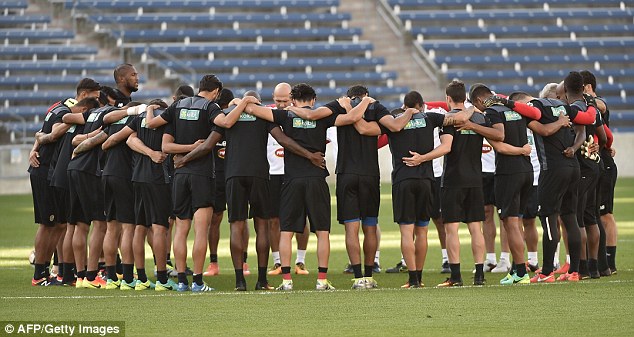 Colombia are one of the dark horses for the tournament and that status was justified by their intelligent opening day performance against the USA.

A win on Tuesday would give them a great chance of reaching at least the semi-finals, because they would almost certainly top the group and be drawn against a weaker side from Group B.

Pekerman didn’t want to think that far ahead. ‘You have to respect Paraguay,’ he said. ‘Tactically now they attack a lot more. They are a balanced team. They’ll demand a lot from us, and in a different way to the USA.’