‘We’ll be back’: USA captain Tyler Adams vows to continue to ‘show the world what we are made of’ as he thanks fans for their support after World Cup exit against Holland

With the United States eliminated from the World Cup, team captain Tyler Adams shared his thanks and thoughts on Twitter.

The midfielder had a tough game against the Dutch on Saturday, with his failure to mark Memphis Depay leading to the first goal of the match and eventually leading to a 3-1 win for Holland.

‘What a ride. So honored to be a part of such an amazing team, these boys are something special,’ Adams’ tweet read.

‘Came up short, but the work continues to show the world what we are made of. Thank you everyone for the support in the past weeks it’s meant everything to us. We’ll be back.’

The USMNT has crashed out of the World Cup, and captain Tyler Adams has taken to Twitter 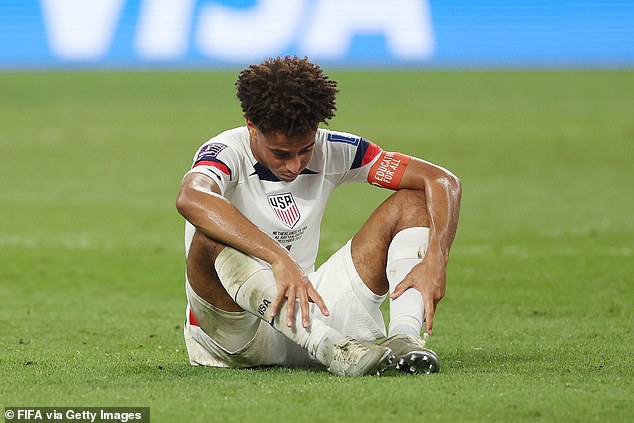 Adams played well most of the tournament, but failed to mark Memphis Depay as he scored

In addition to Adams, three other USMNT teammates posted their thoughts as well as ‘thank you’s’ out onto social media.

‘I’m not sure how to wrap this up, but I felt the need to say THANK YOU !! This has been the greatest honor of my whole life and I will cherish the memories we made forever,’ starting goalkeeper Matt Turner posted.

‘A lot to learn but still an amazing experience, thanks to everyone for the support,’ wrote striker Haji Wright.

‘Couldn’t be more proud of this group. We left it all out there. Thanks for your support @USMNT,’ wrote midfielder Cristian Roldan, who didn’t make an appearance this tournament.

For a team that made its first appearance at a World Cup since 2014 by fielding some of its youngest squads ever, the results are saddening, but also a sign of things to come.

By the time the United States hosts the World Cup with Canada and Mexico in 2026, players on this roster will be older and more experienced – possibly under a new manager.

USMNT boss Gregg Berhalter and his coaching staff have their contracts expire at the end of this World Cup tournament.

While it’s not clear what direction US Soccer will go in, Berhalter’s team will be remembered as one that defended well, but failed to generate many meaningful chances. 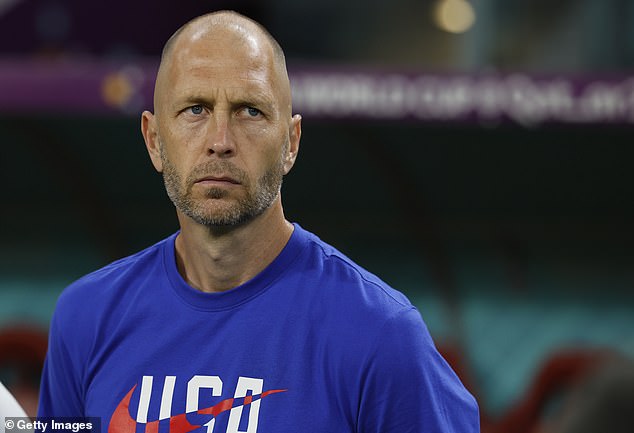