The new head of USA Gymnastics apologized before Congress on Wednesday for the ‘despicable’ sexual abuse by Olympic gymnasts by Larry Nassar.

Kerry Perry, who took over as president and CEO of USA Gymnastics in December, pleaded to make athlete safety a top priority following the horrific history of abuse.

Nassar, 54, is serving a life sentence for abusing hundreds of young girls and women while working at Michigan State University and as the team doctor for the US Olympic Gymnastics team.

‘Athlete safety must be at the forefront of everything we do,’ Perry told the House Energy and Commerce Committee on Wednesday. 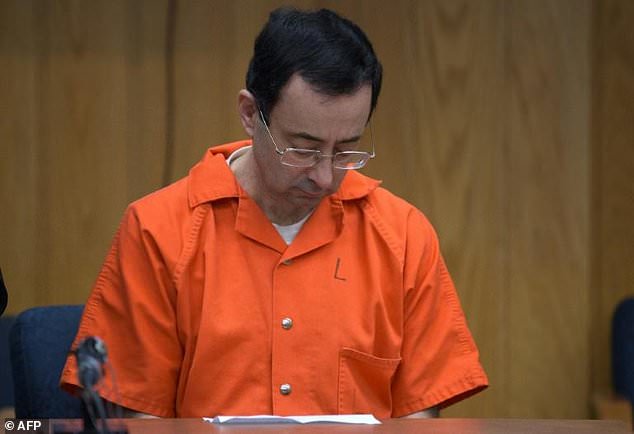 ‘Like all of you, I was appalled and sickened by the despicable crimes (of Nassar),’ Perry said. ‘I want to apologize to all who were harmed by the horrific acts.’

‘Let there be no mistake, those days are over. USA Gymnastics is on a new path, with new leadership, and a commitment to ensure this never happens again.’

Susanne Lyons, the acting CEO of the US Olympic Committee (USOC), also testified and told Congress that the ‘Olympic community failed the people it was supposed to protect’.

‘This is appalling and unacceptable,’ Lyons said. ‘I would like to apologize once again to those individuals and their families.’

The Nassar scandal rocked American gymnastics and led to the resignation of the entire board of USA Gymnastics and CEO Steve Penny.

USOC CEO Scott Blackmun also stepped down amid calls for his resignation.

Earlier this month, Michigan State University announced it had reached a $500million settlement with 332 former victims. 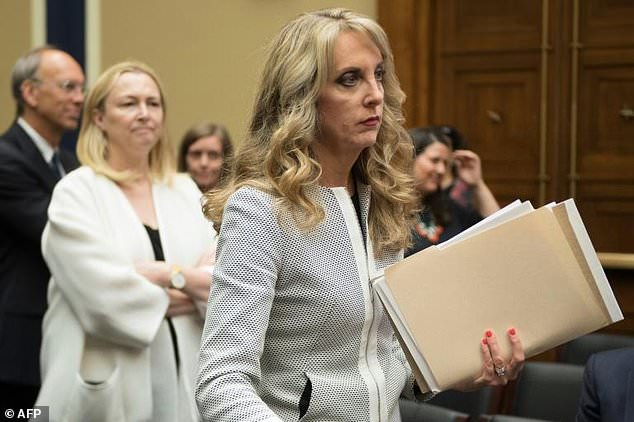 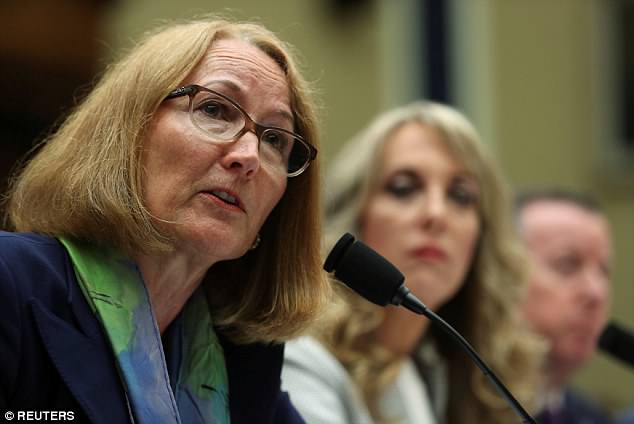 Susanne Lyons, acting CEO of the US Olympic Committee, testifies in Congress on protecting athletes from abuse

Nassar pleaded guilty to sexually assaulting women and girls over a two-decade period under the guise of medical treatment.

Raisman took aim at USA Gymnastics and said the organization was ‘rotting from the inside’ when she testified against Nassar in January.

She directly hit out at Perry, who days earlier had put out a statement praising Nassar’s victims for their courage and ‘powerful voices’.

‘This sounds great, Ms Perry, but at this point, talk is cheap,’ Raisman said. ‘You left midway through the day, and no one has heard from you or the board.’

Raisman revealed that neither USA Gymnastics or USOC had reached out to offer their sympathy or support during the ordeal.

‘USA Gymnastics, where is the honesty? Where is the transparency? Why must the manipulation continue?’ she later asked. ‘It is like being abused all over again.’ 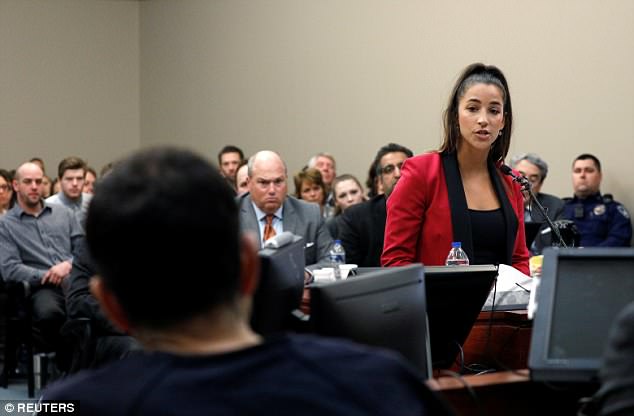 Aly Raisman, one of Nassar’s victims, took aim at USA Gymnastics and said the organization was ‘rotting from the inside’ when she testified against him in January. 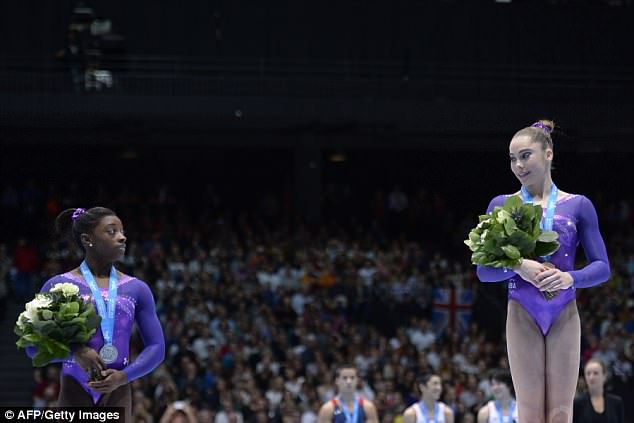 ‘But did they reach out when I came forward? No. So, at this point, talk is worthless to me…We need to believe this won’t happen again.’

Much like Raisman, lawmakers weren’t afraid to hold back during Wednesday’s hearing.

US Rep Debbie Dingell of Michigan asked Lyons why it took so long for the committee to create a policy addressing athlete safety.

‘Why should I take confidence from what you’re saying today when you look at this timeline?” Dingell asked, according to CNN.

‘You keep telling me “We’re working on it, we’re setting up a study”. Is it going to take another five years? What are we doing to protect these young people right now so this never happens again?’

Rep Buddy Carter of Georgia called on Lyons to resign.

‘How could you work for an organization like this, that let this happen?’ he asked Perry.

Besides USA Gymnastics, the heads of USA Swimming, USA Volleyball, and USA Taekwondo also attended the hearing on protecting athletes from sexual abuse and misconduct.

Former Olympian Ariana Kukors Smith filed a lawsuit on Monday against USA Swimming, accusing the governing body of knowing she was being sexually abused by her coach and covering it up.

Also testifying on Wednesday was Shellie Pfohl, the president and CEO of the US Center for SafeSport, an independent Denver-based body. 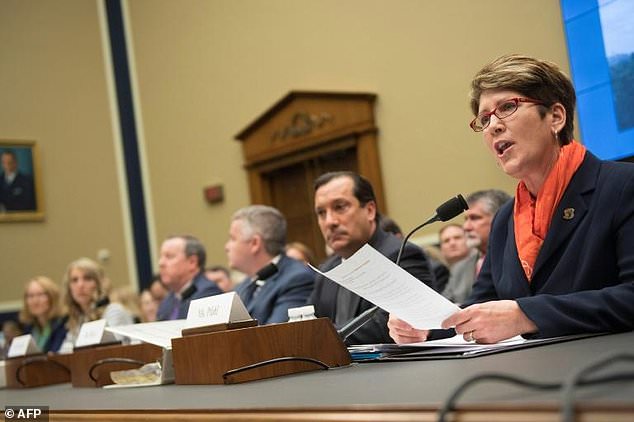 Shellie Pfohl, president and CEO of the US Center for SafeSport, testifies before Congress on protecting athletes from abuse

The SafeSport Center is charged with investigating allegations of sexual abuse within the 49 national governing sports bodies in the United States.

Pfohl said the center has received more than 800 reports of abuse during the past 14 months and had permanently banned 142 people from participating in or coaching Olympic sports.

‘Far too many of our nation’s athletes have suffered abuse at the hands of perpetrators,’ Pfohl said. ‘If one athlete is abused it’s one too many.

‘We believe athletes of all levels deserve to participate in sports that are free from bullying, hazing, sexual misconduct or any form of emotional or physical abuse,’ she said. ‘Anything less is unacceptable.’

Gregg Harper, a Republican congressman from Mississippi, said there had been a ‘systematic failure’ to protect athletes and it would take a ‘Herculean effort to regain the trust of athletes, their families and the American people.’

‘Athlete safety must be the top priority of the USOC,’ Harper said.