Although space might be a little tight in their trophy case, hockey rivals Meghan Duggan, the Team USA captain, and retired Canadian forward Gillian Apps tied the knot in Maine last weekend.

Dugan’s bridesmaids include Team USA teammates Kacey Bellamy, Brianna Decker, and Erika Lawler – all members of the Gold-Medal winning squad at the Winter Games in Pyeongchang. The wedding took place outdoors on a farm outside of Portland, Maine.

‘Nothing but smiles after this amazing weekend,’ Apps wrote on her Instagram page.

‘The most incredible day of my entire life,’ Duggan wrote on Twitter.

The two have been in a relationship for some time, according to Deadspin. Both Duggan and Apps have a significant amount of pictures of their partner on their Instagram accounts. However, it’s not quite clear when, exactly, their relationship began.

The wedding took place outdoors on a farm outside of Portland, Maine. Duggan (blond and on the right side in each photo) brings one Olympic gold to the marriage while Apps has three 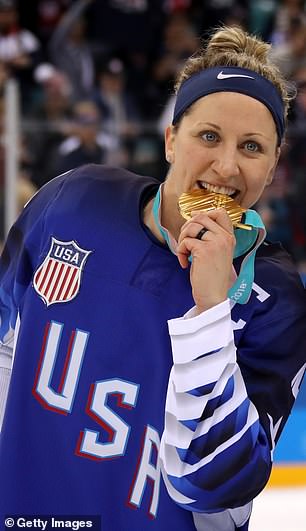 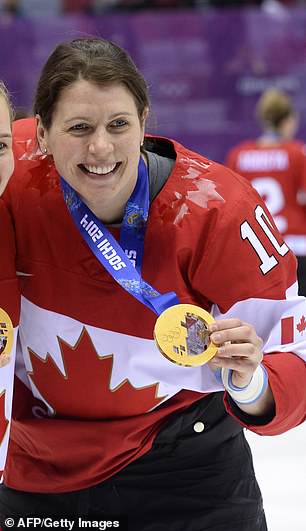 Meghan Duggan (left) and Gillian Apps (right) faced off in two Olympic Gold Medal games, both of which were won by Apps and Team Canada. Duggan won gold in February in China

Apps retired from the game prior to the 2018 Winter Olympics, but did beat Duggan’s Team USA in the Gold Medal game at the 2010 and 2014 Games in Sochi, Russia and Vancouver, respectively. She also has another Olympic Gold from the 2006 Winter Games in Turin.

Incredibly the two have faced off in five world championships.

Duggan, 31, has seven golds from the World Championships and one silver, which came in 2007, when Canada won in Manitoba. 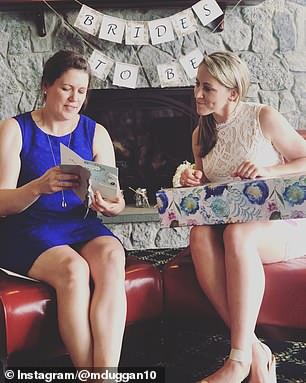 The 34-year-old Apps, a native of North York Ontario, is currently an assistant coach at collegiate hockey power Boston College.

Apps also comes from one of the quintessential hockey families. Not only is her grandfather Syl Apps in the Hall of Fame, after a brilliant career with the Toronto Maple Leafs, but her father Syl Apps Jr. also played in the NHL, as has her brothger, Syl Apps III.

Duggan, a Massachusetts native who starred at the University of Wisconsin, currently plays for the Boston Pride of the National Women’s Hockey League.

Amazingly, the couple is not the first marriage in the U.S.-Canada rivalry, which has largely defined women’s hockey for nearly two decades. Former U.S. captain Julie Chu and former Canadian captain Caroline Ouellette were married in 2017 and now have a daughter. 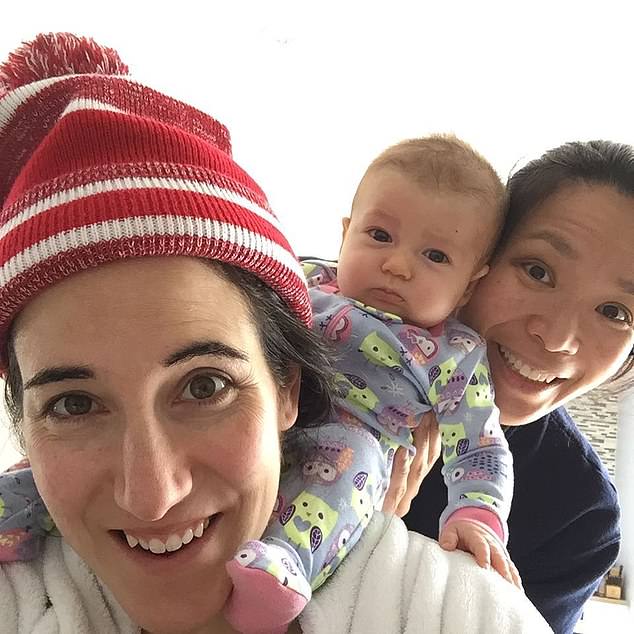 Amazingly, Duggan and Apps were not the first marriage in the U.S.-Canada rivalry, which has defined women’s hockey for nearly two decades. Former U.S. captain Julie Chu (right) and former Canadian captain Caroline Ouellette (left) were married in 2017 and have a daughter