Jurgen Klinsmann has called on his USA players to prove themselves on the world stage as the USA face Ecuador in the first Copa America Centenario quarter-final.

Tournament hosts USA face Ecuador in Seattle and the German manager wants a star to be born as his team bids to reach the semi-finals.

‘It’s a moment for a player to shine,’ explained Klinsmann. ‘The whole world is watching them, and I think the players understand that right now and they know ”if I want to define myself as an individual, this is the place to be”.’ 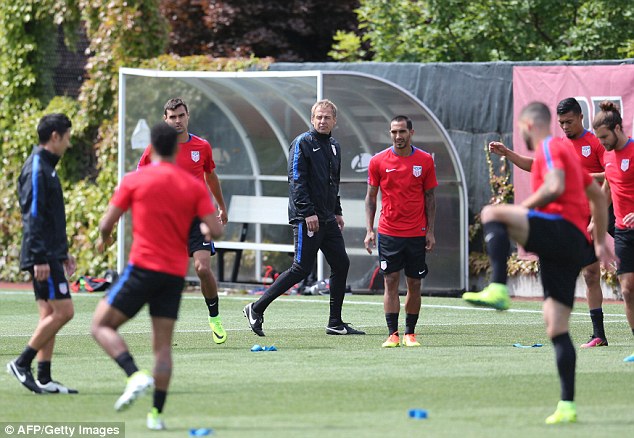 The coach tried to spur up his players before the game, with the USA having won their previous two matches against Costa Rica and Paraguay, after losing the opening game against Colombia.

‘This is knockout. This is do-or-die,’ he continued. ‘This is where you want your team to understand and figure out a way to get into the semi-final of such a huge competition.

‘Hopefully they go on the field on Thursday night with a lot of pride and also a lot of confidence.’

One area where they may suffer is at right-back, with DeAndre Yedlin suspended after his red card against Paraguay, with Michael Orozco filling in. He will have to cope with the flying threat of Jefferson Montero.

Klinsmann will have to change his team for the first time this tournament to cover for the full-back, against an Ecuador side that drew with Brazil and Chile, while beating Haiti. 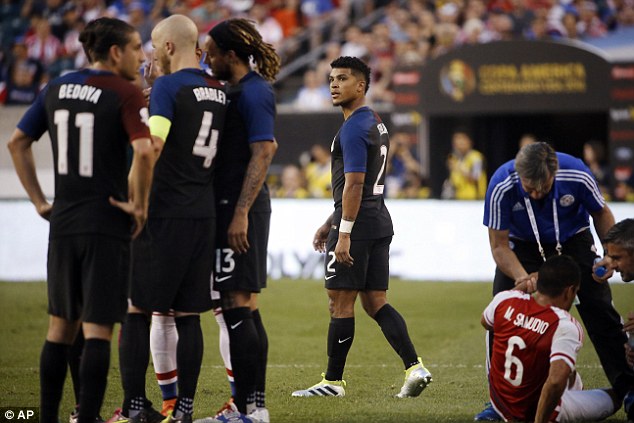 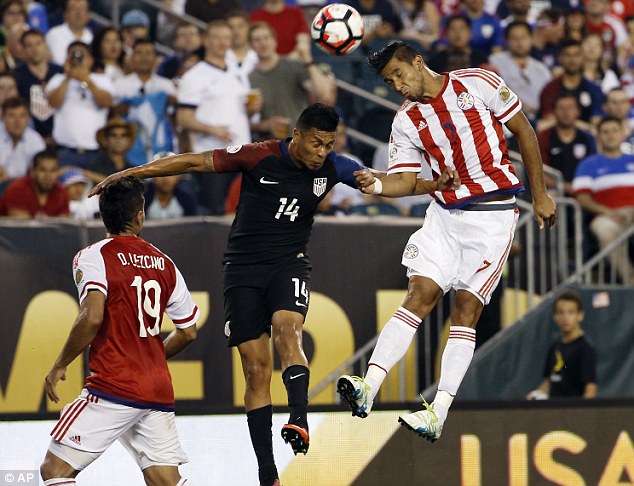 Regardless, the coach sees the game as a 50-50 battle and is looking forward to playing in one of ‘soccer’s’ hotbeds, Seattle.

‘To play this game is front of the Seattle crowd is huge for us, said Klinsmann. ‘It’s a 50-50 game. Anything can happen. Every little, small piece can make the difference.’

The USA beat Ecuador 1-0 in a friendly before this tournament started, thanks to a late Darlington Nagbe strike.

Although the South American side’s record in tournaments is not impressive, never having won a Copa America, they are performing well in their World Cup qualifying campaign for Russia 2018, joint top of the group with Uruguay. 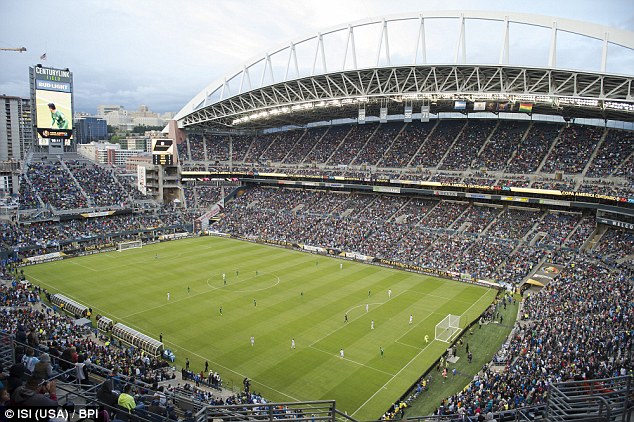 Klinsmann is looking forward to playing in one of football’s hotbeds, Seattle’s CenturyLink Field

‘We can hurt any team,’ warned coach Gustavo Quinteros before the game.

‘The United States are a very defensively organised team, structured, with a fluid style of play that works well. It will be tough, but if Ecuador are good they can hurt any team.

‘We have faith that Ecuador will play to their best level, at full intensity.’

And if they do, this clash will be a true test of what Klinsmann has achieved with the US national team, in his five-year tenure.