It’s an unlikely front three for Borussia Dortmund but on Thursday that was the case as they trained together.

While Reus and Gotze have seen it all with Dortmund, the sight of sprint king Bolt at their training complex would have been surreal. 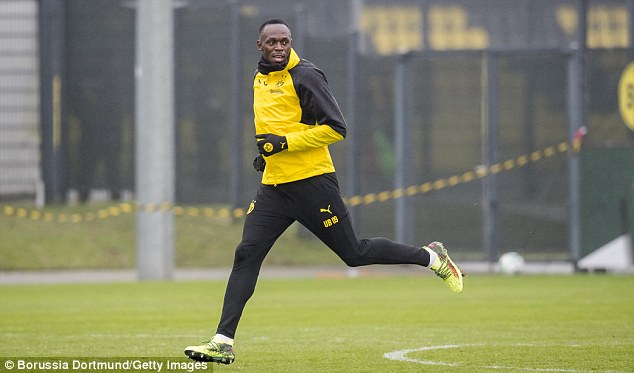 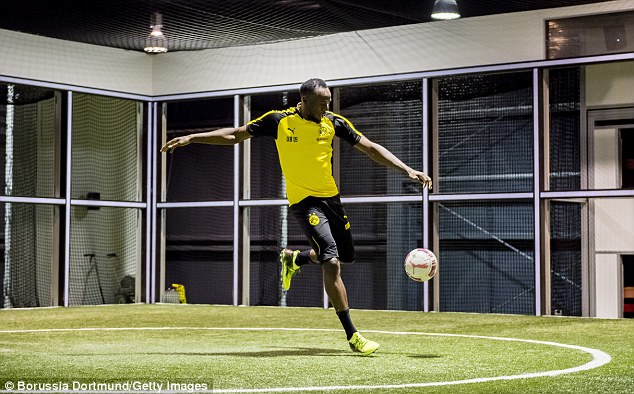 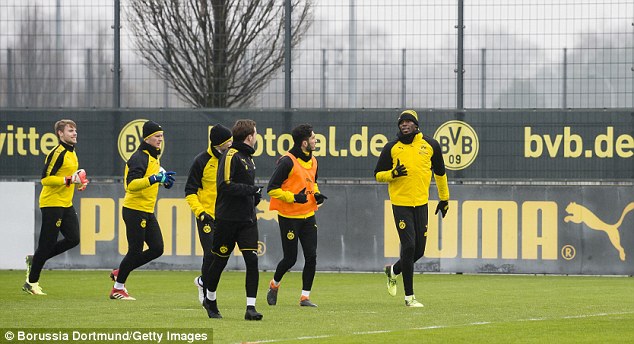 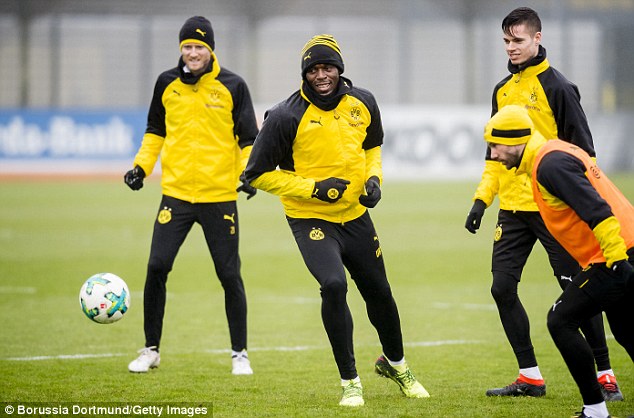 The 100-metre world-record holder has long desired to play for Manchester United , and now that his athletics career is over, he is devoting more time to his other love.

And Dortmund have given him the platform to do so by providing him with a ‘trial’.

The German giants and Bolt are both sponsored by sportswear giant Puma and it’s through this link that this unlikely partnership has happened.

Bolt clearly enjoyed himself during the ‘trial’ as he got to know his potential new team-mates on-and-off the pitch.

The Jamaican was pictured honing his skills during training – which included the likes of Andre Schurrle and others that weren’t selected for international duty.

Off-the-field, Bolt was given a tour of the club’s vast facilities. He was seen greeting Julian Weigl and fan favourite Reus during the pleasantries – while also speaking to centre back Omer Toprak too.

The 31-year-old has never been overawed as an athlete but he seemed to be in awe of the 81,360-capacity Signal Iduna Park.

Bolt, who will be leading a World XI team against Robbie Williams’ England at Soccer Aid in June, will be training with Dortmund again on Friday.

That session at 9.30am GMT will be open to the public, albeit to a limited number.