The brother of Australian cricket star Usman Khawaja has escaped jail after grabbing a parking inspector’s phone and tossing it in a fit of rage when she gave him a fine.

The 39-year-old last month pleaded guilty to assaulting a parking inspector who had given him a ticket for parking in a ‘no stopping area’ at 8.40am on August 23, 2018.

While his cricket star brother donned the green and gold on the other side of the world overnight, a downcast Khawaja wore prison greens as he learned his fate on Thursday.

The court heard Khawaja – who is also facing separate charges of hatching a fake terror plot – had acted ‘out of character’, but since then had received support from his family, including from his brother with who he shares a ‘very strong relationship’.

Arsalan Khawaja (left with cricket star brother Usman), 39, has narrowly avoided jail time after being sentenced for assault at the Waverley Local Court, in Sydney’s eastern suburbs, on Thursday 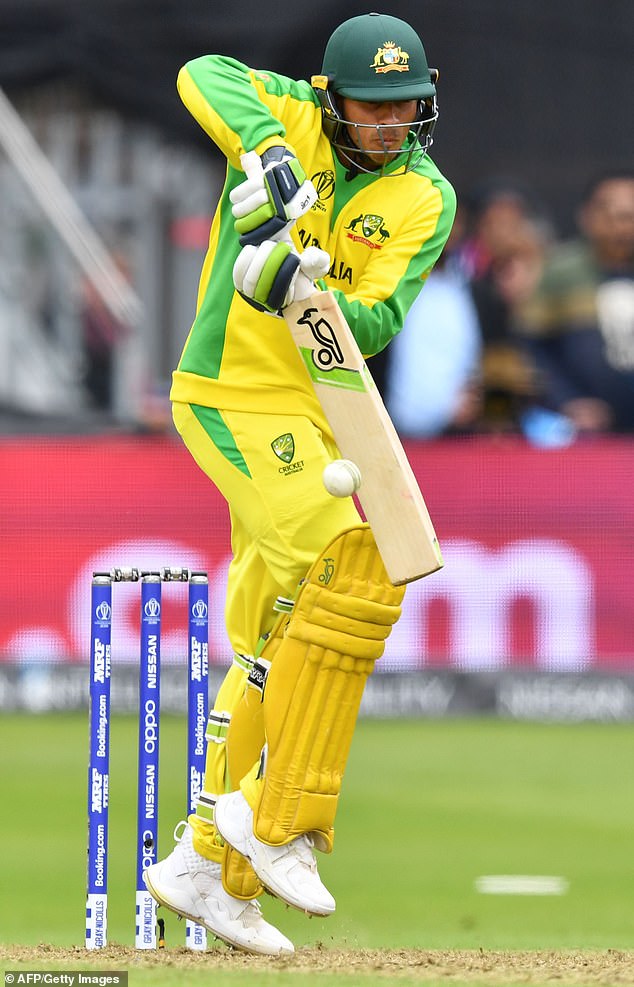 Just hours before his older brother faced court, Usman (pictured) made a quickfire 18 runs to help Australia to a 41-run victory over Pakistan at the Cricket World Cup in England

Khawaja was arrested for screaming at Randwick Council employee Kamini Narayan when she issued him the parking ticket on Short Street, Randwick, in mid-last year.

Ms Narayan was putting a ticket on Khawaja’s car and he lashed out when she began to walk away, agreed facts said.

Court documents said Khawaja became ‘irate’ and yelled at the ranger that he had only been parked there for 30 seconds.

Ms Narayan tried to calm Khawaja and move on but her attempts to leave were blocked.

Khawaja tried to take photos of her and then grabbed her phone, leaving her to fear for her safety.

Khawaja drove away after throwing Ms Narayan’s phone into a bush, according to agreed facts.

His lawyer Michael Blair told the court on Thursday that his client ‘took responsibility’ for his actions.

‘Your Honour he takes full responsibility… there is no reasonable explanation (for his actions),’ Mr Blair said. 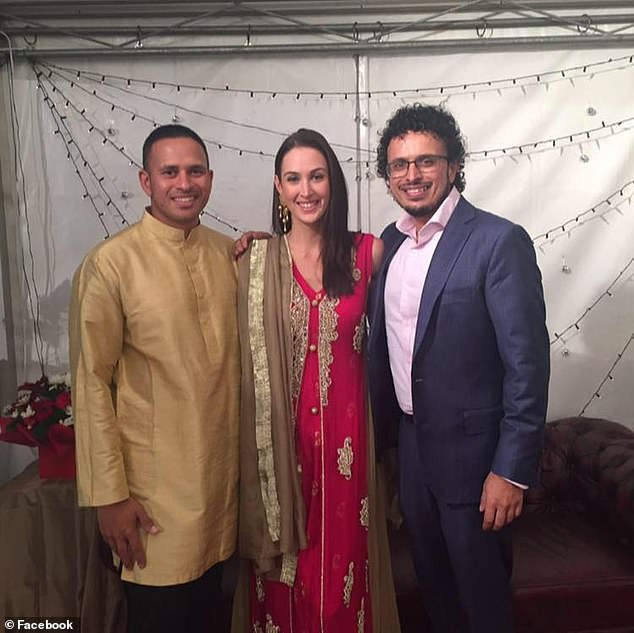 The former UNSW employee (right) was accused of screaming at Randwick Council employee Kamini Narayan as she gave him a parking ticket last year. Khawaja is pictured with brother Usman and his wife Rachel 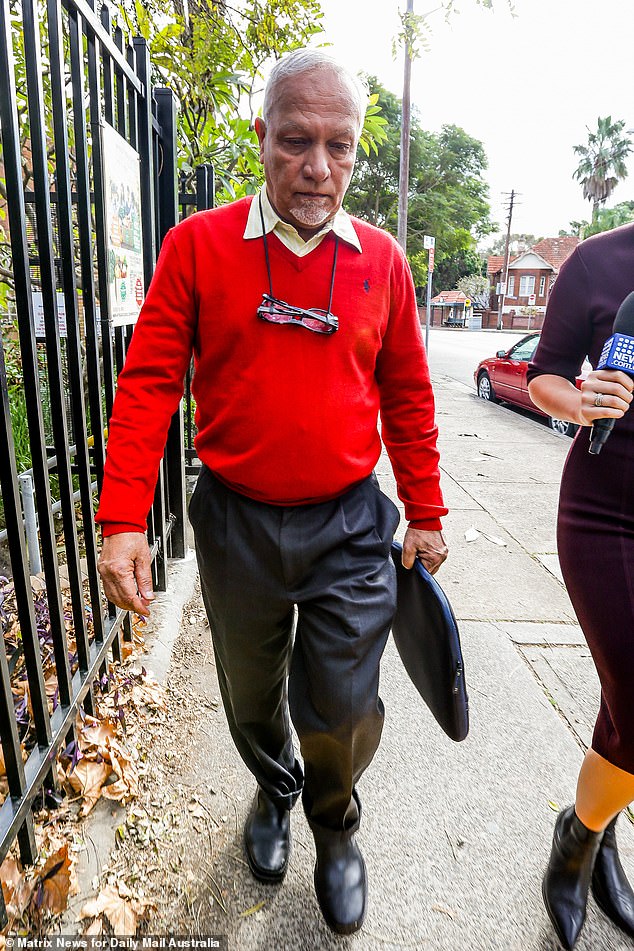 Khawaja’s father Tariq (pictured) sat quietly in the courtroom as his son appeared via video link in full prison greens. Arsalan is being held in custody while facing charges of faking the terror plot 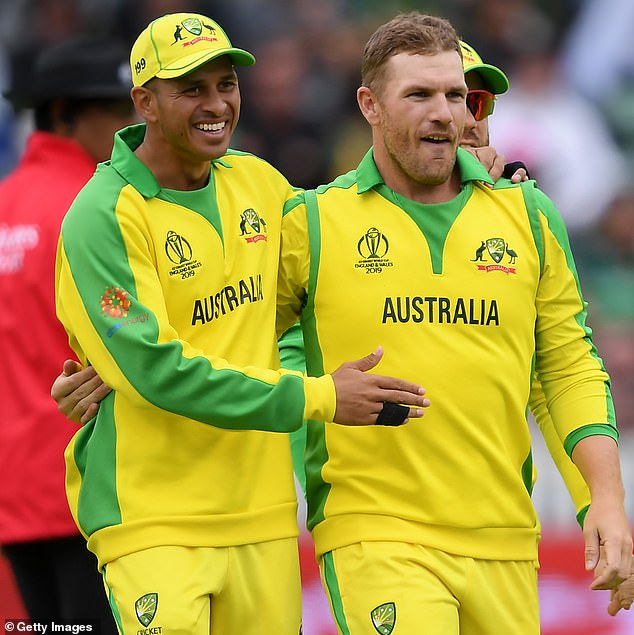 ‘He has a very supportive family. He has a very strong relationship with his brother in supporting his cricket career by travelling in Australia and overseas.

‘He was both school captain and dux… his references are very impressive and speak of him being an impressive friend and colleague.’

Khawaja was supported in court by his father Tariq.

After agreeing the incident was ‘very much out of character’, Magistrate Julie Huber sentenced Khawaja to a nine-month conditional release order (CRO).

She also chose to record a conviction on Khawaja’s record.

The assault happened about three months before Khawaja was charged with plotting to frame former UNSW IT department colleague Mohamed Kamer Nilar Nizamdeen with a fake terror hit list.

Khawaja allegedly devised his plan after he became jealous about Mr Nizamdeen’s friendship with their colleague and UNSW student Shakeela Shahid, 21.

Mr Nizamdeen spent four weeks in jail for the fake terror plot before Khawaja was charged with allegedly forging the attack plans. 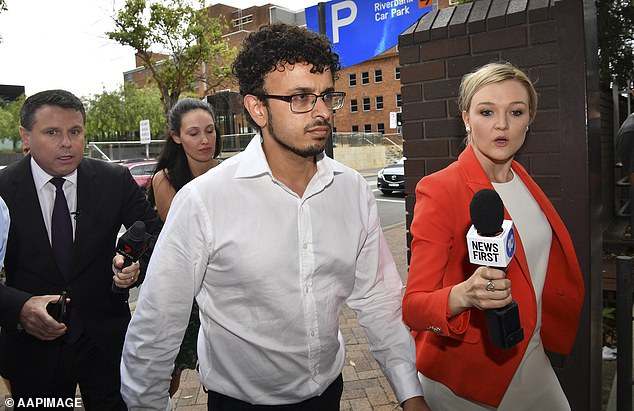 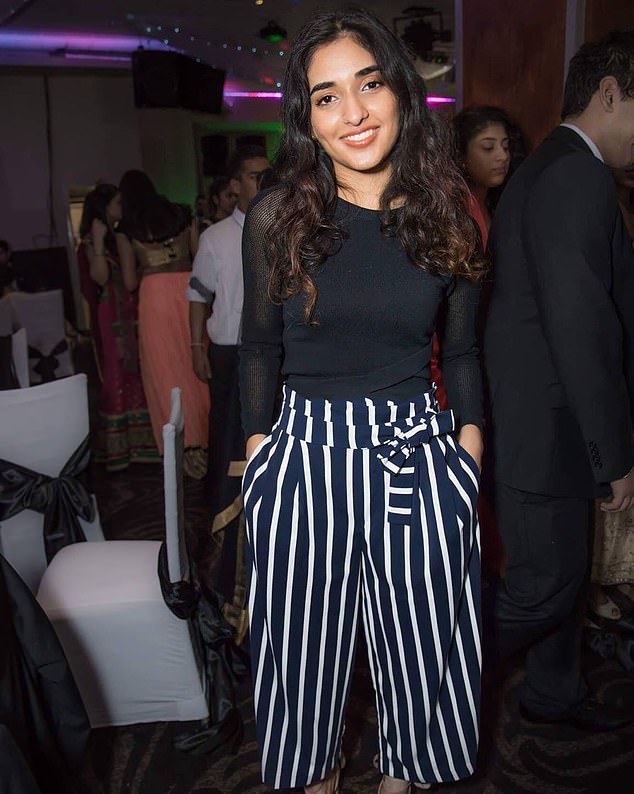 Khawaja went to Randwick Police Station to report the incident but so did Ms Narayan and witnesses shortly after.

After statements were given to police, Khawaja was arrested.

Khawaja was originally charged with stealing the phone before it was was upgraded to common assault.

Khawaja, who is in custody, is accused of writing a list to set up his colleague Mr Nizamdeen, 25, in a ‘jealous dispute over a woman’.

Khawaja allegedly wrote plans for terrorist attacks on the Sydney Opera House and assassinations of then-Prime Minister Malcolm Turnbull and his deputy Julie Bishop in a notebook. 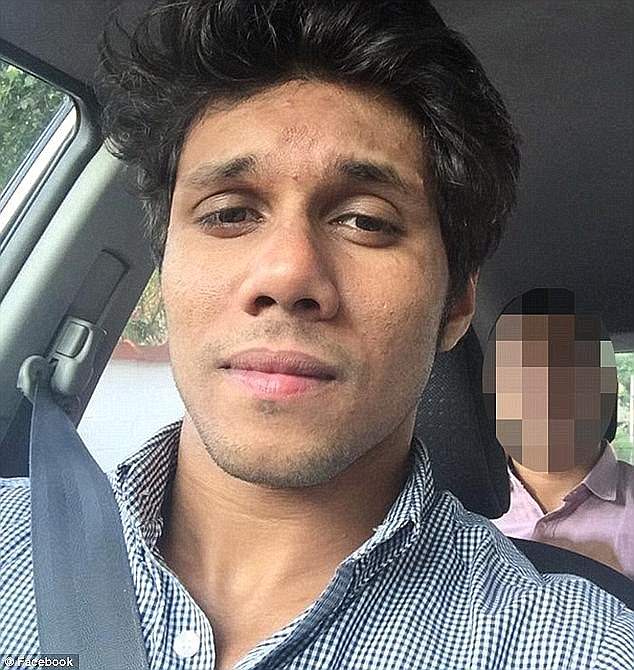 Khawaja, who is in custody, is accused of writing a list to set up his colleague Mr Nizamdeen, 25, in a ‘jealous dispute over a woman’

Mr Nizamdeen, a Sri Lankan national, was charged with planning a terrorist attack and spent four weeks behind bars before Khawaja was arrested.

All charges against Mr Nizamdeen were dropped and he was released from jail before returning to Sri Lanka for good.

Khawaja was charged in December with attempting to pervert the course of justice and forgery, before he was given the additional charge of influence witness in judicial proceedings.