A dog owner from Utah has been cited with nearly 30 misdemeanor counts after police say her pet husky went on a killing spree in Tooele that left more than two dozen animals dead.

Trip Kiss, who runs a petting zoo, KissMade, out of his home catering to children with special needs, on Monday morning heard the motion sensors in his yard go off.

When he looked at the surveillance video, he saw a black-and-white dog running around his property and attacking his animals, including chickens, ducks and rabbits.

Four-legged bandit: Nikita, a four-year-old husky, went on a bloody rampage through a neighborhood in Tooele, Utah, which left nearly 30 animals dead 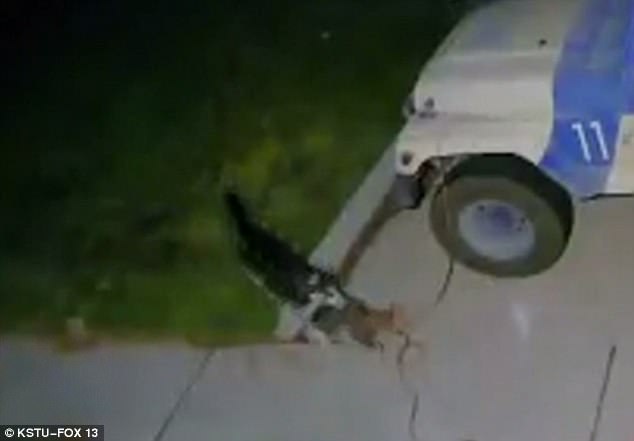 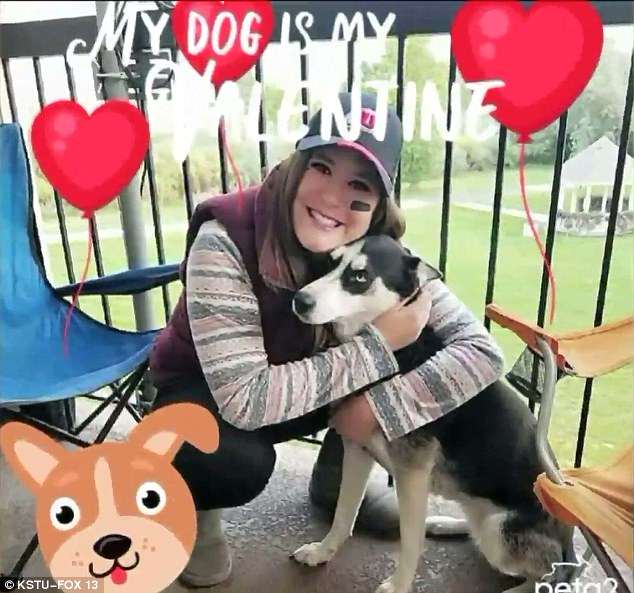 Bloody valentine: Mackenzie Morton is pictured in this undated photo with her husky, Nikita

‘He was chewing our goose that was at the back end there, he dug out the rabbits in their enclosure,’ Kiss told Fox 13.

The footage captured the dog, a four-year-old husky named Nikita, fleeing the scene with a pair of rabbits in its maw.

When Kiss went to examine the animal enclosure, he learned that the four-legged bandit had slaughtered a pair of ducks, a pair of bunnies, five chickens, a turkey and their pet goose, Rex.

The corpses of the dead animals were found scattered in the neighborhood around Kiss’ home.

When the petting zoo owner contacted police to report the incident, he was told that his animals were not Nikita’s only victims that night: the husky also had butchered 15 chickens on a nearby property. 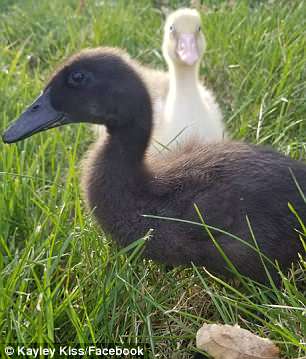 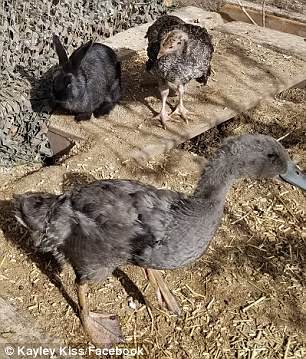 Death toll: Trip Kiss lost 11 animals in the dog attack, including ducks, bunnies, chickens and a turkey (some pictured above) 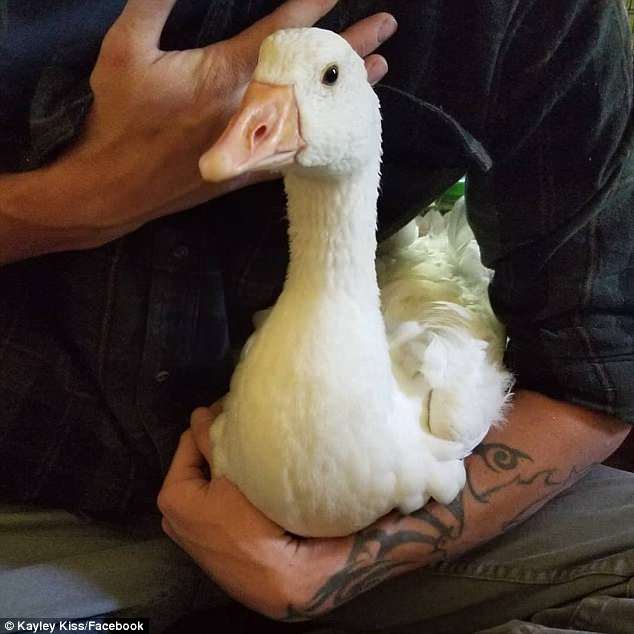 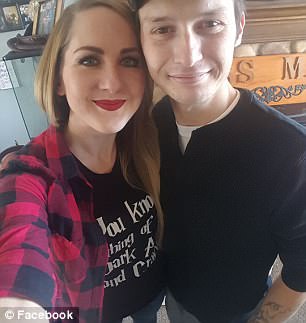 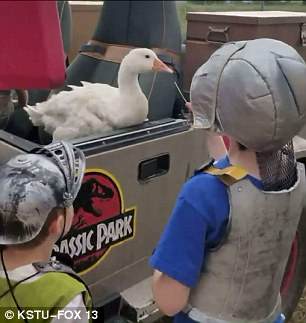 Officers were dispatched to the community and captured the furry culprit following a two-hour search.

After taking Nikita to a local shelter police contacted her owner, Mackenzie Morton, to tell her what had happened. 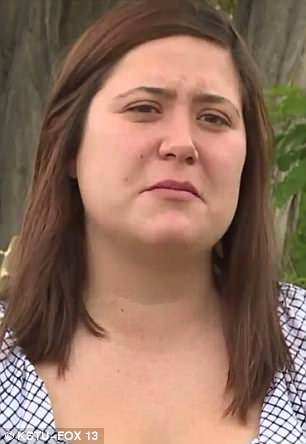 Sorry: Morton issued an apology to the owners who had animals killed and vowed to pay for the damage

In an interview with the station, Morton said her pooch had ran away from her boyfriend’s home on Sunday night and she was unable to locate her.

The woman explained that she did not alert the neighbors because she did not want to cause a disturbance in the middle of the night.

‘I didn’t think she was going to go on a killing spree,’ Morton said, ‘because that’s not her, she doesn’t do that kind of stuff.’

Morton offered a tearful apology to the owners of the slain animas and vowed to pay for the damage inflicted by Nikita, which police estimated at $1,350.

On top of that, Morton was cited with 27 counts of misdemeanor attacking animals and one count of animal running at large.

Nikita currently remains in a quarantine at the city shelter. An administrative hearing will be held at a later time to determine the dog’s fate.

If Nikita is designated as a potentially dangerous animal, she will be released back to her owner under a set of restrictions, including being kept on a leash at all times and confined to her owner’s yard. 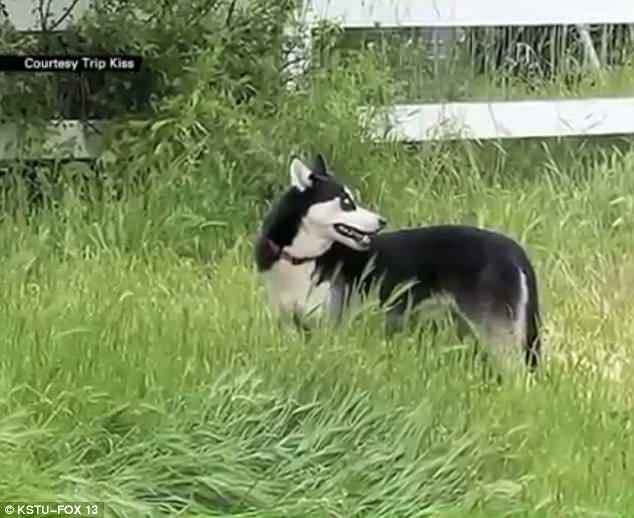 In limbo: Nikita currently remains in a quarantine pending an administrative hearing that will determine her fate

Morton also would have to register her pet as a potentially dangerous animal.

Trip Kiss’ wife, Kayley, on Monday shared photos of her slain livestock on Facebook, writing in an update: ‘it was so hard today to go outside and feed the rest of the flock we have left after losing so many of my farm babies.’

In another post, she mourned the loss of her beloved pet goose, which was specially trained.

‘Rex was more than just a goose he was our pet, he was part of our family,’ she wrote. ‘I know that sounds stupid but most people don’t know how much care and effort you put into poultry and livestock.’