A Utah father-of-five has died after suffering a tear to his heart during a business trip to Ecuador.

James Campbell, from Wellington, was making contacts in Cuenca, a city in the southern part of the country, as a chief technology officer for a telemarketing company.

He was finishing up a dinner earlier this month when he collapsed suddenly, unable to walk.

He was raced to the hospital, where doctors diagnosed him with an aortic dissection, a condition in which the aorta, the largest artery in the body branching off the heart, tears.

Campbell, 42, needed surgery to repair his heart, but medical staff didn’t have the proper equipment to perform it, reported KSL-TV.

His family had raised enough money for a medical evacuation back to the US – and he was set to return on Monday – but his aorta failed early Sunday morning and he passed away.

James Campbell, 42, from Wellington, Utah, was in Cuenca, Ecuador, earlier this month on a business trips when his legs gave out from under him. Pictured: Campbell, far right, with his wife, second from right, and family 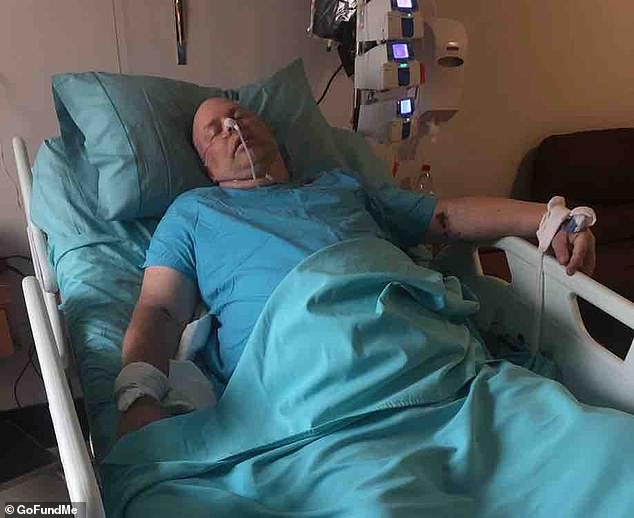 He was diagnosed with an aortic dissection, a condition in which the aorta, the largest artery in the body branching off the heart, tears. Pictured: Campbell in the hospital in Ecuador

‘He was heading back from dinner and his legs gave out from under him. He just couldn’t walk,’ his father-in-law, Randy Dieterle, told KSL-TV.

‘And he eventually was able to make it into a hospital after being out in front of the hospital for some time without getting help. But he got into the hospital.’

Doctors diagnosed him with an infection first, before spotting the aortic dissection, according to a GoFundMe page.

Symptoms resemble other heart conditions and include severe chest or back pain, shortness of breath, difficulty speaking, leg pain and leg paralysis.

According to a report published last year, the incidence rate falls between five and 30 cases per one million people each year.

When left untreated, the mortality rate is about 50 percent in the first 48 hours of the onset of symptoms.

Dieterle told KSL that Campbell’s wife flew down to Ecuador last week and his condition seemed to be improving.

‘The doctor that I spoke with says she’s never seen anybody in that condition and that far along that’s survived it,’ he told KSL-TV. 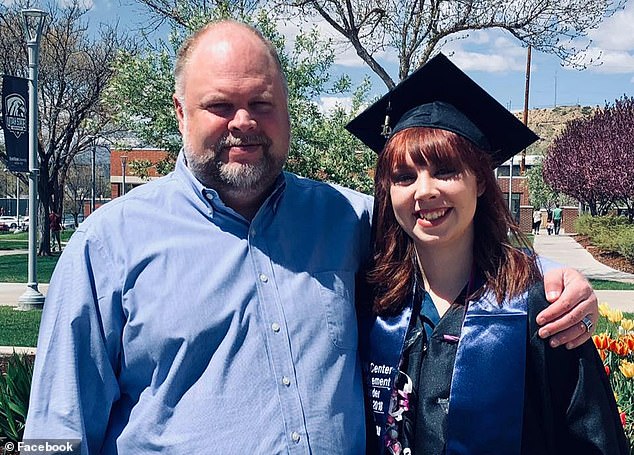 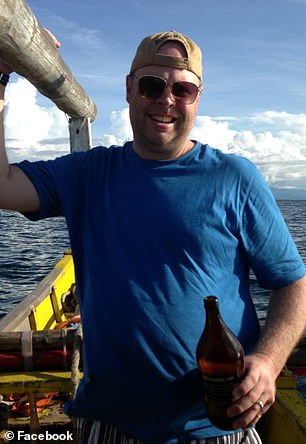 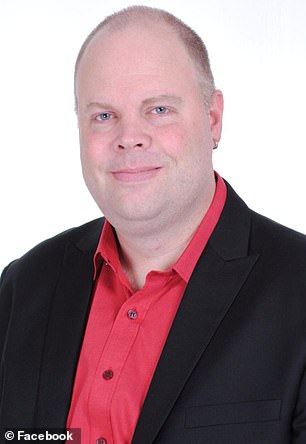 Campbell (left and right) passed away early in the morning on Sunday, July 14. His family says the money that’s been raised will cover transporting his body back to the US and funeral expenses

However, Campbell’s kidney function was so poor that he was put on dialysis.

His health insurance wouldn’t cover the cost of a medical evacuation, so his family started a GoFundMe page.

As of Monday afternoon, nearly $26,000 had been raised out of a $100,000 goal, enough to book a medical evacuation flight that would have him in Salt Lake City on Monday.

Dieterle said the money that has been raised will go towards transporting Campbell’s body back to the US and funeral expenses.