Utah father shoots dead his sons, eight and 10, then turns gun on himself

Utah father shoots dead his sons, eight and 10, while babysitting them for his ex-wife, then turns gun on himself in suspected double murder-suicide

A father in Utah shot and killed his two young sons before turning the gun on himself in what police are investigating as an apparent double murder-suicide.

The violent domestic incident took place at a home in the 4300 block of West Pentenwell Lane in South Jordan on Tuesday afternoon.

According to the local police department, the mother of the slain children, ages eight and 10, came home from work at around 4pm to discover her sons and her ex-husband suffering from gunshot wounds.

Two Utah brothers, identified by a neighbor and a family friend as Seth Osborn, 8 (left), and Ezra Osborn, 10 (right), were allegedly shot and killed by their father in a murder-suicide 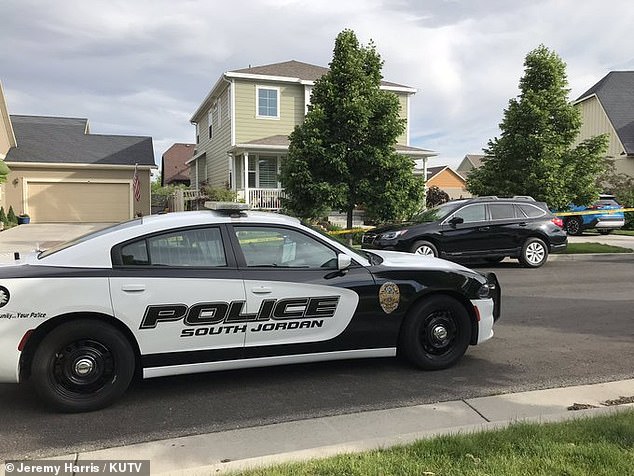 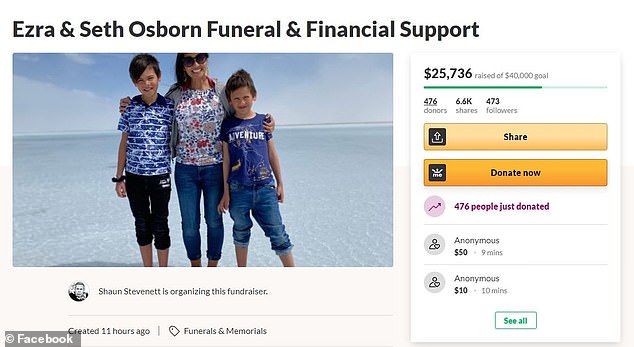 A neighbor on Tuesday launched this GoFundMe page to help the boys’ mother, Sandra Ang, with her sons’ funeral expenses

Officers who responded to the scene found the woman holding her mortally wounded eight-year-old son in the living room, reported Fox 13.

They found the boy’s older brother and the children’s biological father dead from gunshot wounds in other parts of the house, according South Jordan police Lt. Matt Pennington.

‘It was a horrible scene,’ he told Salt Lake Tribune.

The younger victim was rushed to Riverton Hospital, where he later passed away.

Pennington said police believe the father was babysitting his sons and killed them sometime between 3.30 and 4pm.

As of early Wednesday morning, police have not formally named the victims, but a neighbor of the family identified them in the description of a GoFundMe campaign as Ezra Osborn, 10, and Seth Osborn, eight. 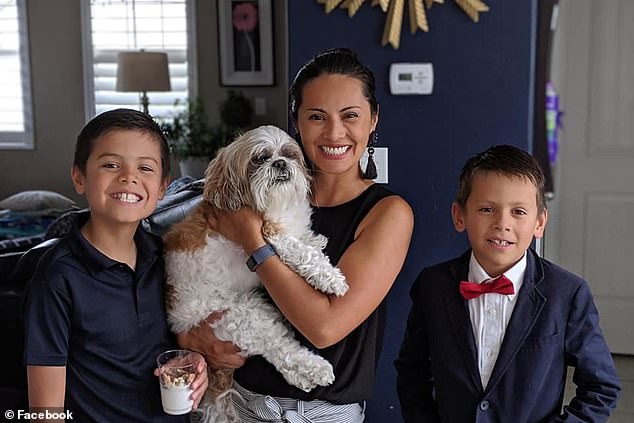 Ang is pictured with her sons Ezra (left) and Seth (right), and their dog Bruno 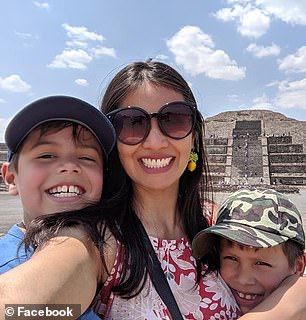 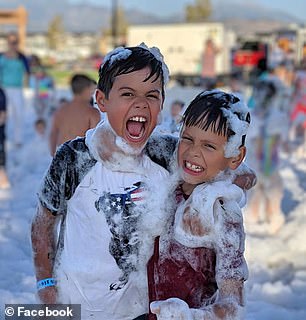 The mother and the boys’ father had separated last fall. Police say their records include domestic calls to the family’s house from the time of the couple’s split 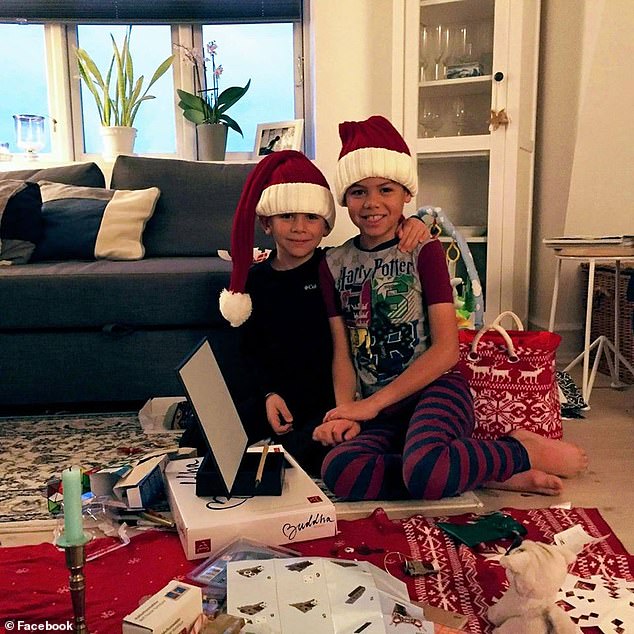 The older of the boys was pronounced dead at the scene. His younger brother died at the hospital a short time later

‘Ezra (10) was an artistic, imaginative boy who loved to throw parties,’ the post reads. ‘He loved making others feel special and was an amazing friend. Seth (8) was a ball of energy! He loved to be outside, play nerf gun wars with his friends, and finding adventures wherever he could. These boys were Ying and Yang; except for their love of reading. Both loved to curl up and lose themselves in a good book.’

The fundraiser, which so far has drawn more than $24,000 in donations, features multiple photos of the two boys with their mother, Sandra Ang.

According to police, who did not identify Ang by name, she and the boys’ biological father had separated sometime between October and November 2019.

Lt Pennington said police records include domestic calls to the home on West Pentenwell Lane from around the time of the couple’s split, but none since.

According to the police spokesman, the father was no longer living at the home at the time of the suspected murder-suicide.