Utah woman faces first-degree murder charge for ‘beating her alcoholic husband, 33, with a nail gun and rupturing his spleen before he died’

A Utah woman was arrested on suspicion of killing her husband after the medical examiner told police that the man died from blunt force trauma.

Veronica Vizcarra, 30, of Kearns, Utah, was arrested Monday on suspicion of murdering her husband, Carlos Vizcarra-Corona, 33.

Police and the fire department had initially responded to a call about an unconscious male at the couple’s home on March 11. Upon arrival, they found Carlos in the home, dead.

Veronica Vizcarra, 30, was arrested on suspicion of first-degree murder in the death of her husband, Carlos Vizcarra-Corona, 33, who died from blunt force trauma

Veronica then told investigators that Carlos had a serious problem with alcohol and consumed too much Tylenol, according to court documents obtained by ABC 4.

Investigators noted that Carlos had been hospitalized for alcohol abuse about four months prior to his death.

After conducting an autopsy, however, the Medical Examiner told police on March 12 that while Carlos did have serious medical issues stemming from alcohol use, his actual cause of death was blunt force trauma and a ruptured spleen and that his death was being ruled a homicide.

Carlos’ injury was said to have been in a stage of healing, but that it was unable to heal due to the extensive damage.

When police questioned Veronica about the healing bruises found on Carlo’s chest, back and face the day he died, she was said to have told them that the bruises were the result of his getting into a fight at work about two weeks before he died, according to the court documents. 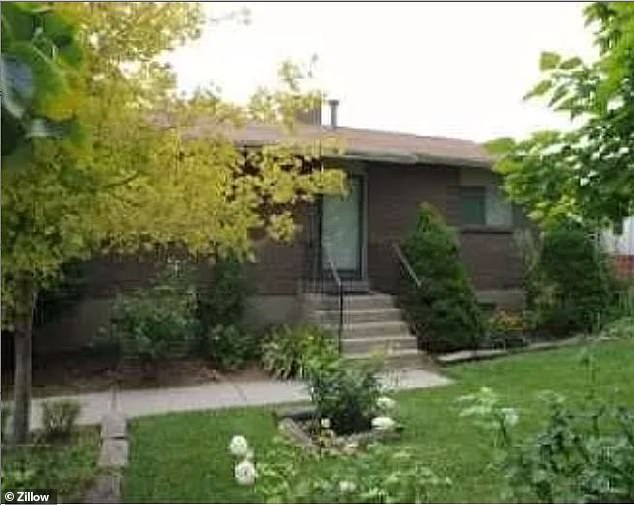 Police were called to Veronica and Carlos’ home (pictured) where they found Carlos dead. Veronica was said to have claimed that he had a problem with alcohol use

Carlos’ sister, however, told police that Carlos had not gotten into a fight at work.

As the investigation continued, detectives said they spoke with witnesses who claimed that – in the two weeks leading up to his death – Carlos had told them that Veronica had beaten him with a staple or nail gun on February 27.

Photos witnesses gave police showed Carlos’ injuries were consistent with those found on his body when he died.

Two of Carlos’ coworkers also told police that he did not get into a fight at work, as Veronica had claimed.

While searching the couple’s home, police found and seized specific items that were related to the alleged assault.

Veronica was arrested and booked into jail March 16, where she is being held without bail on suspicion of first-degree murder.

Veronica has a previous legal history.

In January, she was charged with criminal mischief, child abuse and two counts of domestic violence in the presence of children, according to court records obtained by Deseret News.

During that incident, Carlos told police that Veronica had been ‘drinking alcohol and threw glass cups at him and his 11-year-old daughter,’ the police affidavit said.

In October 2019, Veronica pleaded guilty to an assault charge for beating up a woman, court records showed. After entering her plea, prosecutors said that she intimidated the victim outside the Salt Lake City, Utah, courtroom.

The intimidation led to Veronica being charged with the third-degree felony of retaliation against a witness in November 2019. Veronica was due to have a court hearing on that case on April 25.