Utah Woman shot ex’s girlfriend after drawing him away

A woman drew her ex-husband outside his Utah apartment with a message about dropping off cold medicine for their three-year-old twins before she allegedly sneaked inside and shot dead his girlfriend in front of the children.

Chelsea Watrous Cook, 32, has been charged with murdering her ex-husband’s 26-year-old girlfriend Lisa Vilate Williams in the Salt Lake City apartment on November 25.

Cook, a high school heath teacher, allegedly refused to leave the apartment when her ex-husband, Travis Cook, returned from the parking lot.

She locked herself in the bathroom as he called 911, according to authorities.

Less than a minute later, she walked out and grabbed a gun from her coat and fired the fatal shots.

The victim had been decorating a Christmas tree with the three-year-old girls when she was killed.

Her ex-husband told the children to run into their rooms and lock the doors, while he pinned his ex-wife to the wall and waited for police to arrive.

Lisa Vilate Williams, 26, was shot dead inside a Salt Lake City apartment on Sunday night in front of her boyfriend Travis Cook and his three-year-old twin daughters

Cook has been charged with aggravated murder, burglary and violence in the presence of a child.

Williams’ family has said Cook harassed the victims for months online, on the phone and in person before the shooting. 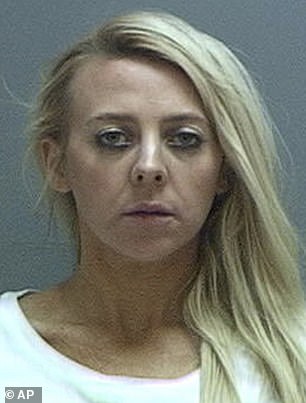 ‘I worried for her safety every day,’ her mother, Tawny Williams, said.

The victim’s sister, Bekah Williams, said she loved children and was so eager to begin Christmas decorating with her boyfriend’s twins that she left early from her own family’s Thanksgiving celebration in Centennial Park, Arizona.

‘I spoke to her an hour or so before it all happened, and she was so excited… to give those kids something happy,’ Bekah said.

During the six months Williams dated Travis Cook, a colleague at the bank where she was a teller, she had allegedly been targeted by his ex-wife.

The harassment started in June and included confrontations at the bank, bullying on Instagram and phone calls made from the high school where Cook worked, according to her family.

Bekah Williams said she reported the behavior and use of school phones to the principal at Skyridge High School in Lehi back in August, but nothing was done.

Court records show the couple’s divorce was finalized in January. 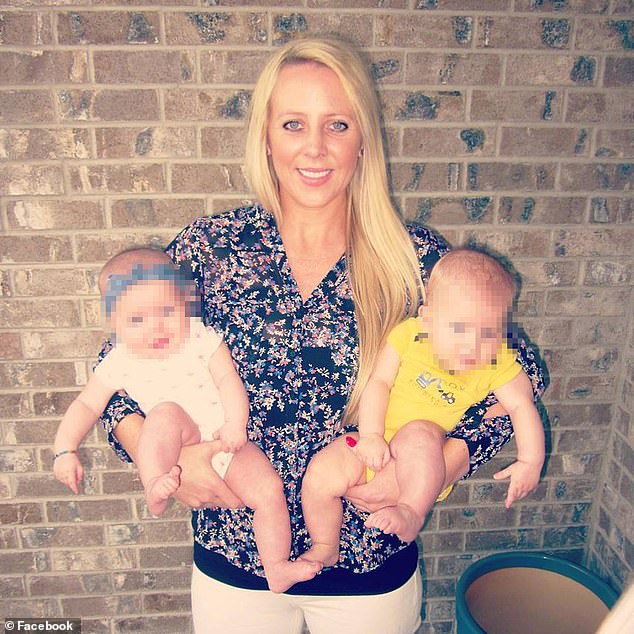 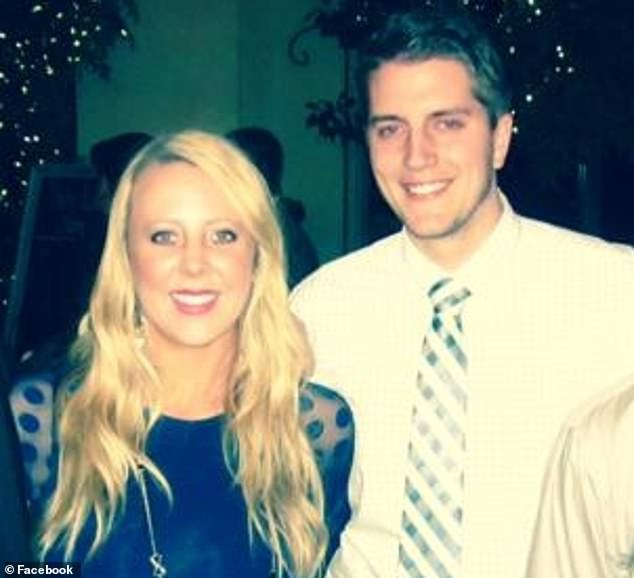 A police report indicates Williams had come up during a previous fight between the former couple the month before she was killed.

It said the couple had a history of difficult custody exchanges, and on October 16 Cook yelled ‘disparaging comments’ about Williams during an unrelated fight as her ex-husband tried to pick up the children.

Police said that when he prompted one of the children to say they were excited about seeing her, Cook got angry and grabbed the man by the hair, sending him tumbling down the stairs. Williams was not present at the time.

Cook pleaded not guilty in the case.

School officials also were not aware that Chelsea Cook had been arrested October 16 on suspicion of domestic violence.

Ben Rasmussen, director of law and professional practices with the Utah State School Board, said Cook didn’t self-report her to superintendents as required.

The state also flags arrested teachers though a fingerprint database, but it was a misdemeanor case and her prints weren’t flagged for more than a month. The notification came through after her murder arrest.

‘It took a lot longer than we would hope,’ Rasmussen said. 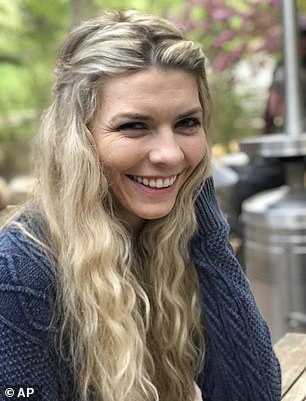 Williams had been dating Travis Cook for six months after meeting at a bank where they both worked. She had allegedly been targeted by his ex-wife prior to her death, her family say

At school, meanwhile, Chelsea Cook was an engaging teacher whose class students looked forward to attending, according to KUTV.

Details of the domestic violence arrest haven’t been made public, but Bekah Williams said it didn’t involve her sister.

Lisa Williams was reluctant to report Chelsea Cook’s behavior to police because she was worried that involving authorities could make the situation harder on the children, her sister said.

‘In hindsight, I think the best thing for the kids would have been to call the police every time,’ Bekah Williams said.

She is at a loss to explain exactly what led to her sister’s death given the last conversation between the two women had been encouraging.

Chelsea Cook had thanked Williams for picking up the twins at day care.

They hadn’t had contact in the days before, since she was with her family for the Thanksgiving holiday.

Lisa Williams had moved to American Fork, south of Salt Lake City, a few years ago to care for her sister, who was hospitalized with a potentially life-threatening lung ailment. She had stayed after the recovery, living with two of her sisters.