A utility worker sweetly serenaded an elderly woman who has dementia from outside the gate of her senior living facility while she enjoyed some fresh air — and his impromptu performance.

Sarah Ditmars Cahill was singing and dancing outside the Alabama Oaks Assisted Living Facility in Winter Park, Florida, last week to try to cheer up her mother from a safe distance. When she noticed Albert Jones, a utility worker for Southeast Connections Gas Company, singing while he worked, she enlisted him to help.

‘I heard this beautiful voice across the street,’ she told CBS News. ‘He had his earbuds in and I motioned to him. He took them out and I said he should come over and sing to mom since he was so much better than me. He was happy to do so!’ 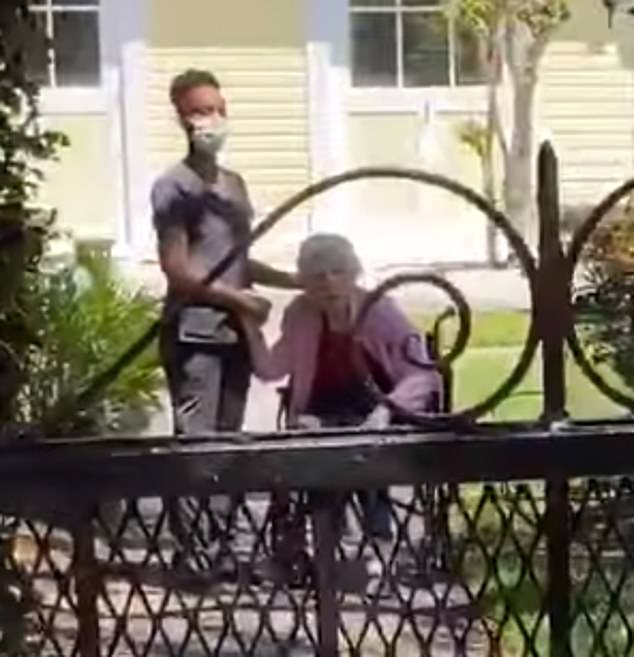 Cheering her up: The woman’s daughter, Sarah Ditmars Cahill, said her mother has dementia and doesn’t understand why she cant visit her amid the coronavirus pandemic

Cahill explained that her mother had dementia and doesn’t understand why her only daughter can’t come through the gate of the senior living facility amid the coronavirus pandemic.

She said not being able to get closer than 10 feet to her mom has been difficult for her, but she has tried to make up for it by visiting her from afar when she is sitting outside with her caregiver.

Upon her urging, Jones sang the Gospel hymn ‘His Eye Is On The Sparrow’ to her mother while she captured the heartwarming moment.

‘Why should I feel discouraged? And why should the shadows come? Why should my heart feel lonely / And long for heavenly home / When Jesus is my portion?’ he crooned from outside the gate. 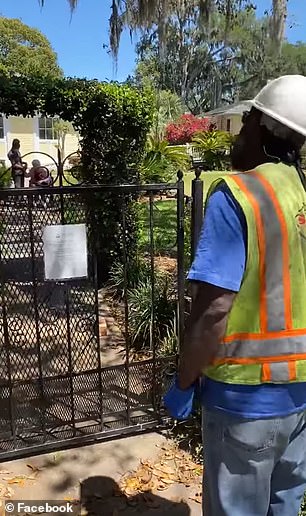 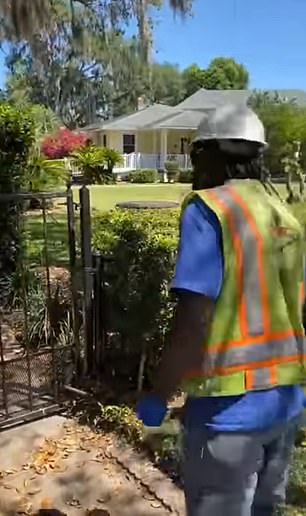 Kind: Cahill was visiting her mother last week when she heard Jones singing nearby. She asked him to sing to her mom, and he happily crooned the Gospel hymn ‘His Eye Is On The Sparrow’ 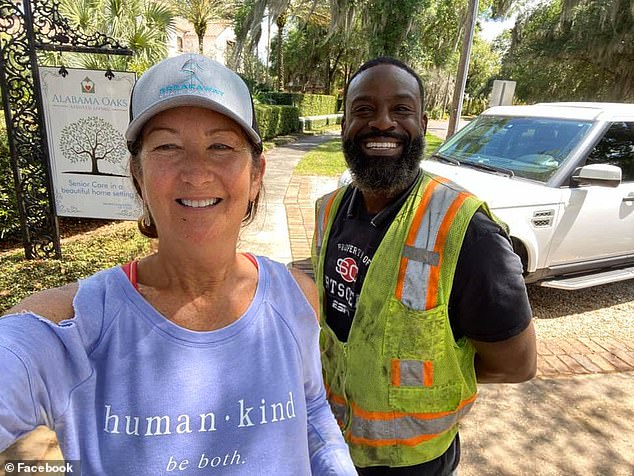 All smiles: Cahill snapped a selfie with Jones, who has become an online star after the video of him singing to her mother went viral

‘If you listen carefully you can hear mom singing with him. She loves music and is always singing,’ Cahill said.

She later learned that Jones sings in his church and has a nursing home singing ministry.

The footage of Jones serenading her mother quickly went viral and even attracted the attention of Hugh Jackman, who shared the video on his Instagram page.

‘It’s these special moments that remind us that there is so much good in the world,’ he wrote. ‘I wish I knew your name Sir. If anyone who knows his info, please dm me. I’d love to say thank you directly.’ 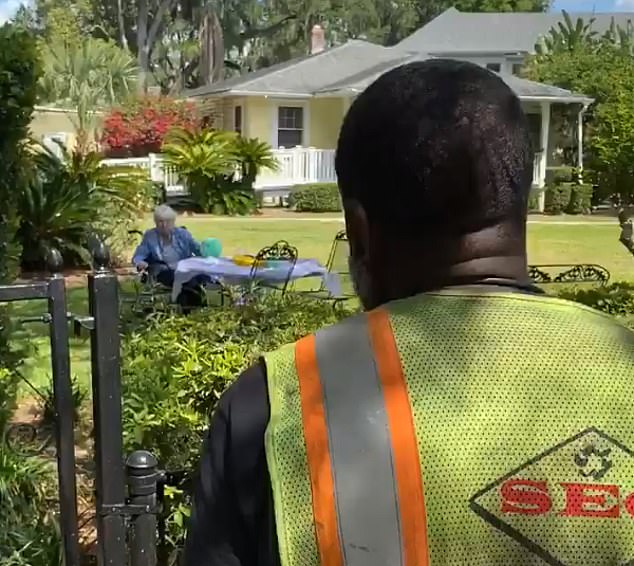 Aww! Cahill has remained in touch with Jones, and earlier this week, he returned to her mom’s senior living facility to sing her Happy Birthday in honor of her turning 94 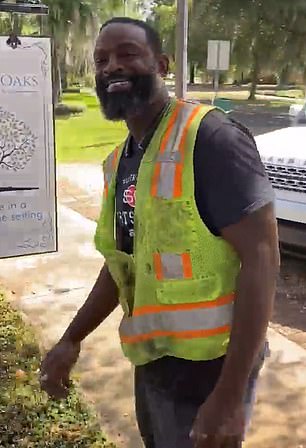 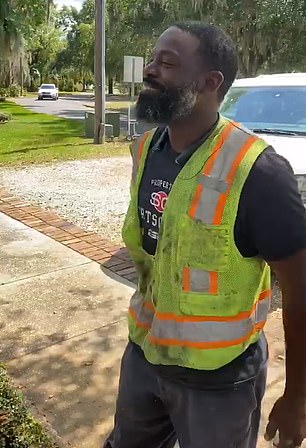 New friend: Cahill said her mom had a ‘huge smile’ when she saw Jones and ‘was so happy to see him’

Cahill told CBS that she responded to Jackman and gave him Jones’ information. The next day, Jackman’s secretary called Jones and told the utility worker the actor wants to meet him.

The public interest in Jones’ act of kindness has had Cahill in communication with him daily, and on Tuesday, she asked him if he would visit her mom again in honor of her 94th birthday.

Cahill said her mom had a ‘huge smile’ when she saw Jones, who sang ‘Happy Birthday’ to her this time around.

‘She was so happy to see him. She knew his heart, even from the distance,’ the daughter said.