Hakim Ziyech fired in an early goal, Quincy Promes added another and Donny van de Beek finished off a polished performance as Ajax kept up their impressive Champions League form with a 3-0 away win over Valencia in Group H on Wednesday night.

Ajax, whose youthful side made a giant-killing run to last season’s semi-finals, moved to six points with a second successive three-goal triumph.

Valencia remained on the three points they garnered last month in a surprise away triumph at Chelsea.

Ziyech set the tone for another enterprising Ajax display with a searching shot in the eighth minute, hit powerfully with his left foot from outside the penalty area over the head of Valencia goalkeeper Jasper Cillessen.

Dutch international Cillessen, up against his former team mates, was beaten by Promes’s snap shot in the 34th minute, getting a hand to it but not enough to keep it out.

Promes was teed up by Van de Beek with an inch-perfect square pass as Ajax went 2-0 ahead at the Camp de Mestalla. 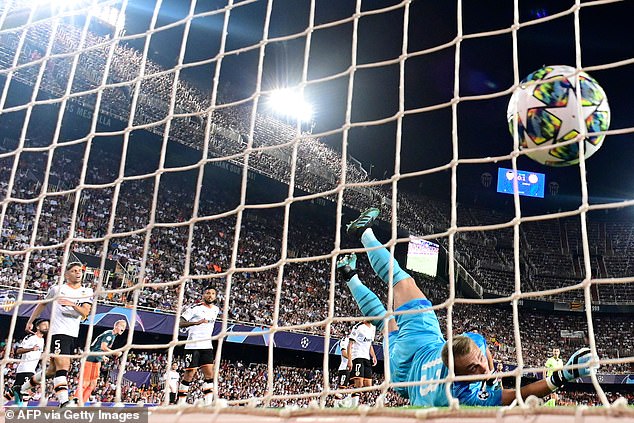 It came after the home side missed a penalty as captain Dani Parejo blasted high and wide in the 25th minute after Goncalo Guedes had been fouled by Ajaxâs Mexican defender Edson Alvarez.

Ajax goalkeeper Andre Onana made two key saves at the start of the second half — the first a super tip around the post to deny Ferran Torres’s deflected shot — to stymie home hopes of a quick comeback.

It allowed Ajax to play their characteristic passing game and a string of short passes set up Van de Beek for the third goal in the 67th minute.

Ajax, who beat Lille in their group opener and next host Chelsea, might have had a fourth but Cillessen did well to keep out a deflected effort from Lisandro Martinez. 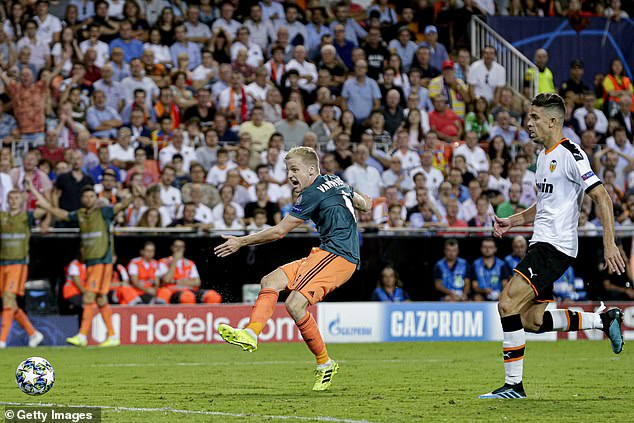