Valencia ended their winless drought at home with a 3-1 victory over Young Boys on Wednesday in the Champions League.

Santi Mina scored twice in the first half and Carlos Soler added a goal after half time to give the Spanish club their first win in seven matches at the Mestalla Stadium.

The victory – Valencia’s third overall this season – left the team with five points in Group H, two points behind second-placed Manchester United who remarkably came from a goal down to beat Juventus 2-1 in Turin. 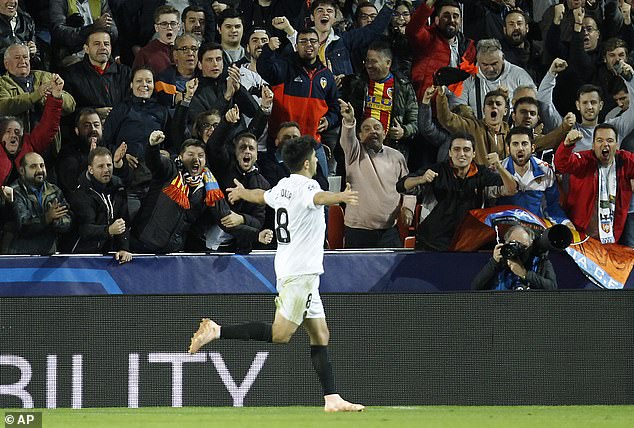 Soler put the game beyond doubt, scoring Valencia’s third goal of the evening on Wednesday 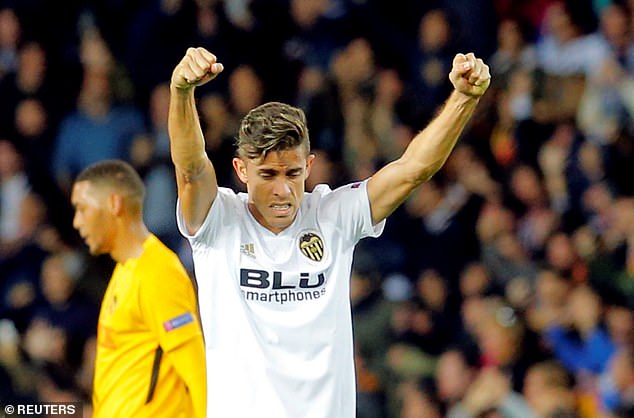 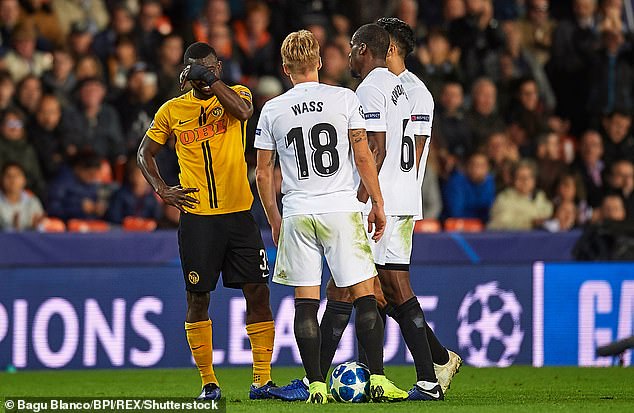 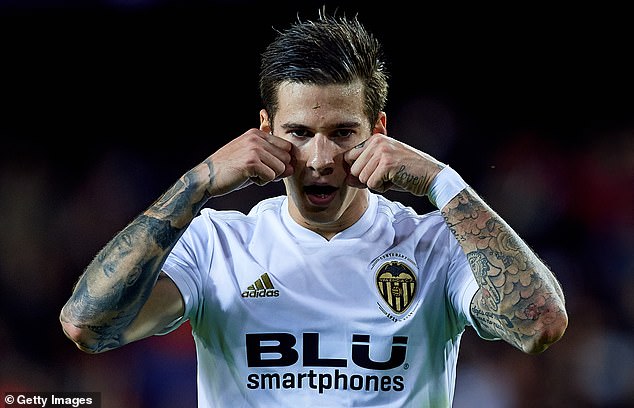 Swiss champion Young Boys, making their debut in the group stage, stayed on one point in last place.

The Swiss side played with a man down from the 77th minute as Sekou Sanogo was sent off with a straight red card for a dangerous sliding tackle on Valencia midfielder Francis Coquelin.

Young Boys held Valencia to a 1-1 draw in Bern two weeks ago.

Mina opened the scoring from close range in the 14th minute after an angled shot by Soler hit the post. Young Boys equalized with a low strike by Roger Assale in the 37th, but Mina put the hosts ahead again after a right-side cross by Soler in the 42nd.

Soler scored the third on a breakaway in the 56th, sending a low shot into the far corner. 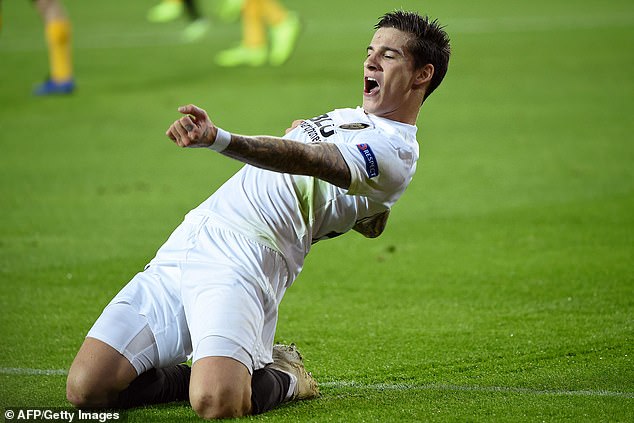 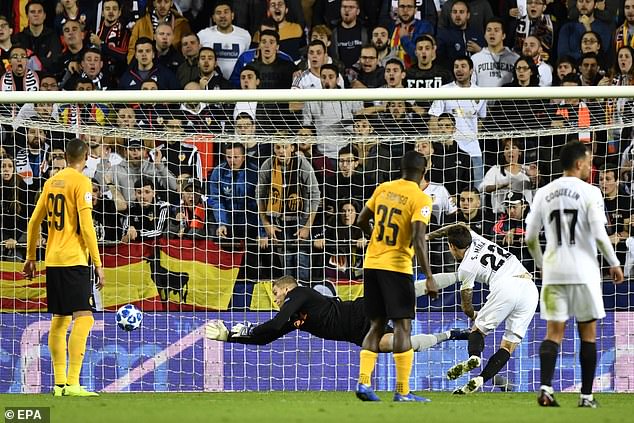 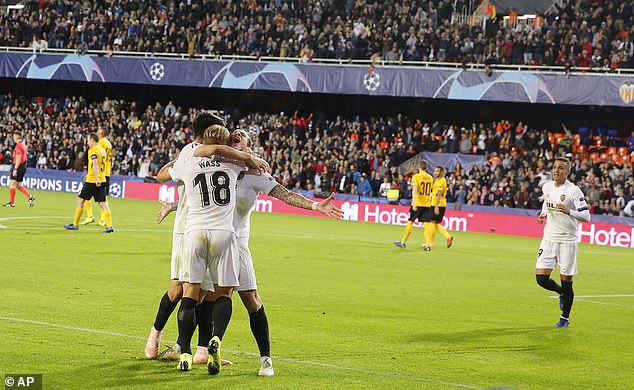 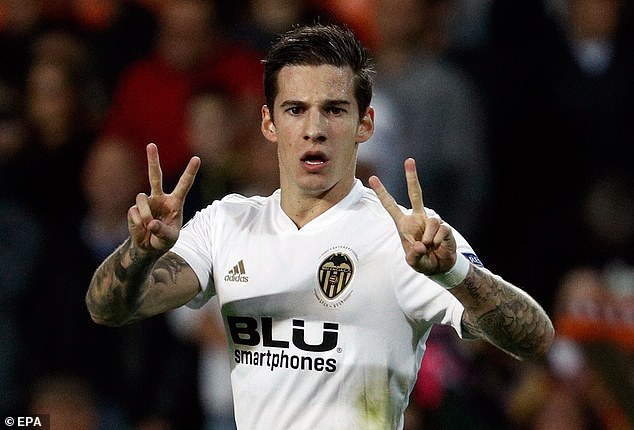 Despite entering the season with high expectations after a fourth-place finish in the Spanish league, Valencia have endured a disappointing campaign so far.

They have drawn 10 of their 16 matches, with three wins and three losses. They are 15th in the Spanish league standings, two points away from the relegation zone after 11 matches.

This was the first time that Valencia scored more than two goals in a game this season.

Young Boys made it to the group stage of the Champions League for the first time this season after ending a 32-year wait for a Swiss league title. 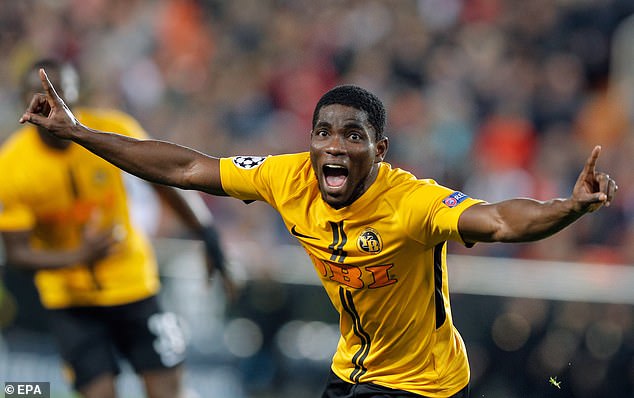 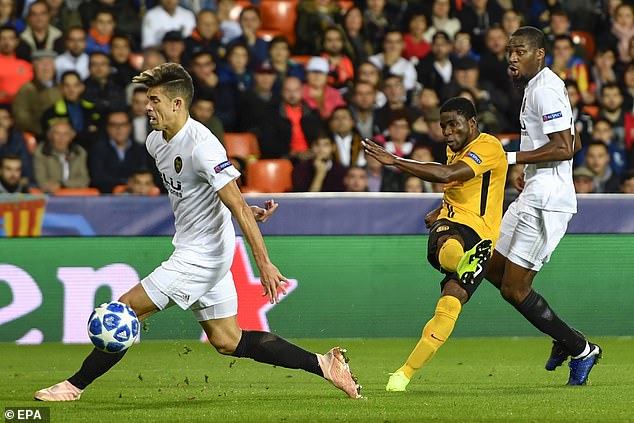