Valentino Rossi has brought down the curtain on his glittering motorcycle racing career after announcing he will retire from the sport at the end of the season.

The legendary Italian rider has been racing in MotoGP since 2000, winning seven world championships since in the premier class, and nine in total over his 25 year career following his debut in the 125cc class in 1996.

But the 42-year-old has struggled badly this term since moving from Yamaha to their satellite Petronas team and admitted it was time to hang up his crash helmet. 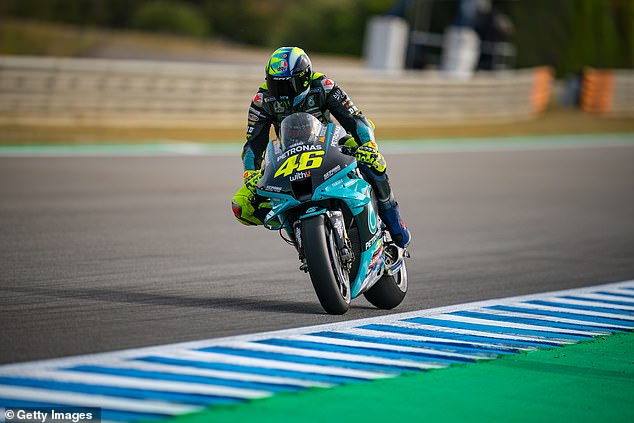 Speaking at a press conference in Austria, Rossi said: ‘I have decided to stop at the end of the season. Unfortunately this will be my last half-season as a MotoGP rider.

‘It is a very sad moment because it’s difficult to say and know that next year I will not race with a motorcycle.

‘Next year, my life will change. But it was great, I’ve enjoyed it very much, it’s been a long, long journey and it was really, really fun, and I have had unforgettable moments with all my guys.’ 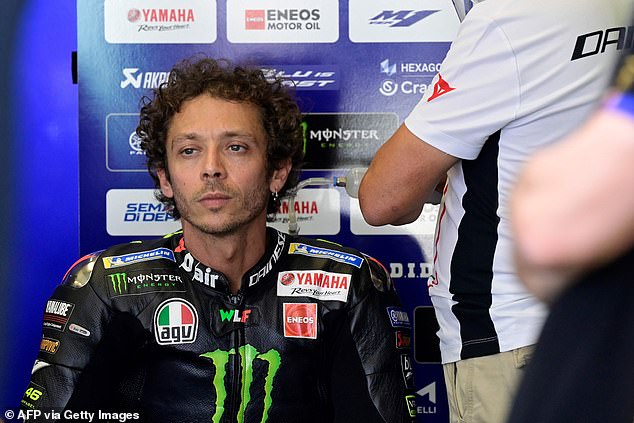 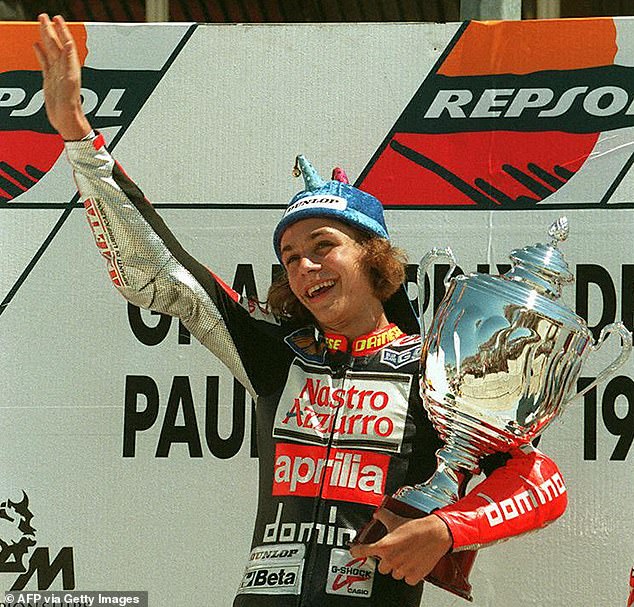 Although he has been riding in the premier class since 2000, Rossi’s career stretches back to 1996 when he debuted in the 125cc class – now known as Moto3.

After winning the title a year later and adding another in the 250cc class in 1999 the popular Italian made the step up to the satellite Honda team in the premier class in 2000.

Affectionally known as ‘The Doctor’, he was an immediate sensation by winning two races and grabbing 10 podiums to finish second in the world championship. 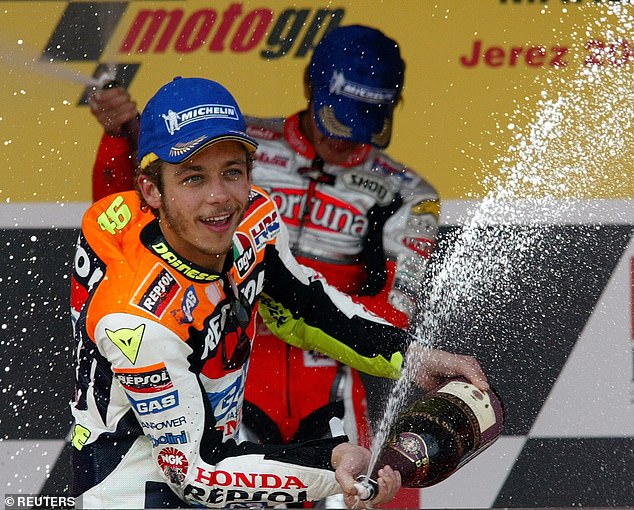 Rossi was instantly quick after stepping up to MotoGP in 2000, before joining Honda in 2002 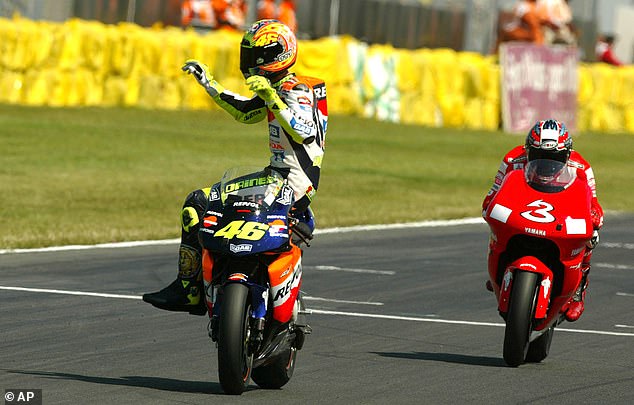 A year later he claimed his first premier world championship before moving to the factory Honda team and retaining his title for two more years.

A surprise switch to a struggling Yamaha team occurred in 2004, and he cemented his reputation as one of the sport’s greatest by winning four more titles over the course of the decade.

During this period he engaged in memorable battles and rivalries with the likes of team-mate Jorge Lorenzo, Casey Stoner and Nicky Hayden for world championships. 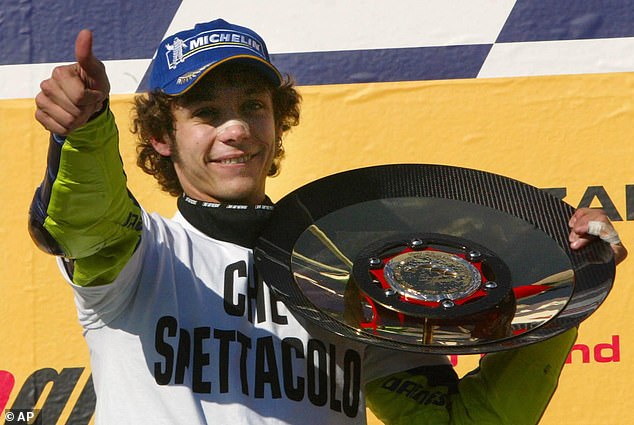 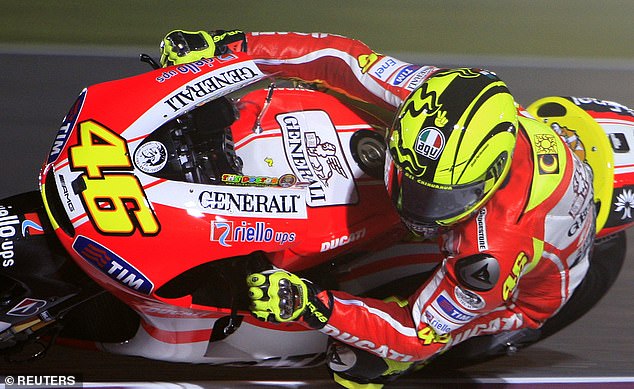 An ill-fated spell at Ducati for the 2011 and 2012 seasons preceded a return to Yamaha where he narrowly missed out on the 2015 title at the last race to Lorenzo.

But the Italian’s form has slowly declined since, winning just three races since his last serious title charge.

After leaving Yamaha again last year following his worst ever year where he finished 15th in the championship, he has recorded just one top 10 finish this term and is even further down in 19th heading into this weekend’s Styrian Grand Prix.

Rossi is likely to remain in the paddock in some form next term, with a presumed larger focus now on the VR46 team he owns and runs in the Moto2 series which supports MotoGP 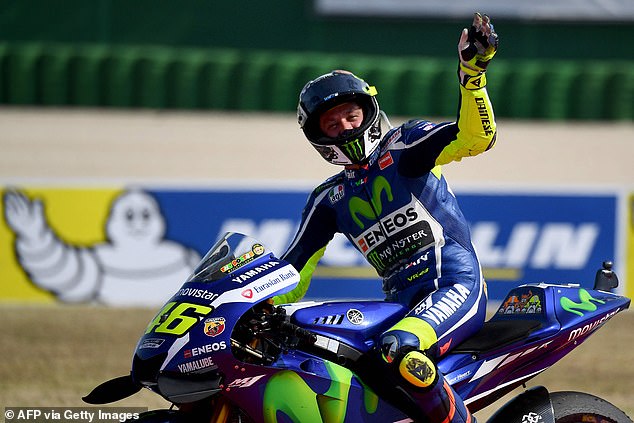