Lewis Hamilton made a mistake that cost him pole at the Russian Grand Prix – the honour instead going to the other Mercedes of Valtteri Bottas.

But the defending champion remains in charge of the title fight, with his fading rival Sebastian Vettel still qualifying only third fastest, behind Hamilton in second.

Hamilton was favourite going into the session in the Sochi sun, having looked convincingly the strongest competitor during practice. But his mistake at the right-hander seventh corner cost him dear. He was 0.15sec back from Bottas in the end, having been three-tenths up through the first sector.

It was a rare glitch in a glittering run, and totally unexpected.

Vettel was more than four-tenths back from Hamilton. The Mercedes upgrade seems to have worked better than the Ferrari one.

Hamilton, who won the first two editions of the Russian race, can still expect to extend his 40-point cushion over the German in the 53-lap race. There are 150 points on offer in the six rounds remaining this season, including those this weekend, and time is running out for Vettel.

Bottas, who got his first career win here last year, was shaking with excitement afterwards. 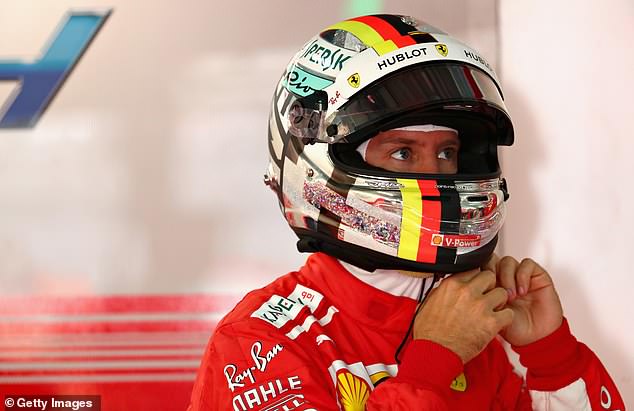 There is a long run into the second turn (and first braking zone) and that will be a test of him and Hamilton head-to-head. Opportunity knocks for the Brit.

‘Big congratulations to Valtteri,’ said Hamilton. ‘My last two laps were not special. But I am really happy for a team one-two.’

There was a disappointing feel to qualifying with five drivers condemned to complete only a single session before a wheel had been turned.

Multiple engine component changes to the McLaren of Fernando Alonso, the Red Bulls of Max Verstappen and Daniel Ricciardo and the Toro Rossos of Brendon Hartley and Pierre Gasly meant they would be condemned to the back of the grid no matter what. They only had to put in a single lap within 107 per cent of the pole time to qualify for the race.

This they did, before retreating from the scene.

The law is an ass. The teams – not the drivers, and by extension the public – should be penalised for the unscheduled changes.

This unsatisfactory state of affairs is all the worse when it was three of the big names who were being sidelined: Alonso, Verstappen and Ricciardo.

However, with McLaren being endlessly useless this season, officialdom’s sanction made no difference in Alonso’s case, as it turned out, because he was only 17th quickest of the 20 cars and would not have progressed regardless of the engine issue. His team-mate Stoffel Vandoorne was second slowest, ahead of only Lance Stroll of Williams. 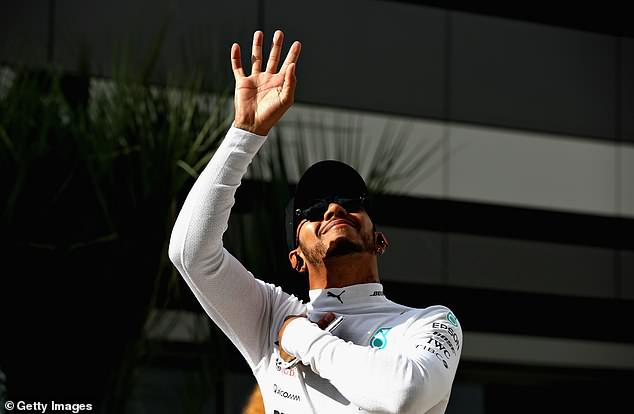 Further absurdity intruded when the two Renaults, of Carlos Sainz and Nico Hulkenberg, decided not to take to the track in the second session.

With three of the five cars on which the engine changes were made – belonging to Verstappen, Ricciardo and Gasly – dropping to the back of the grid from the places they established in the first session – 11th, 12th and 13th – the Renaults would move up to start 11th and 12th without going out again.

This they elected to do on the basis that they could then choose which tyre to start the race on – a freedom not extended to the top 10.

It meant the middle session was 15 minutes of wasted space – an own goal by Formula One in a country, and therefore marketplace, of 150million.

Their local boy Sergey Sirotkin spun his Williams but continued, only to finish 18th. Though he will move up five places, there is no hope for him on Sunday, not even with all the narcotics of a Sochi lab and Vladimir Putin expected in the stands.