The British Pound is up after the Supreme Court found that Boris Johnson acted unlawfully when he suspended Parliament.

Sterling is going higher against the US Dollar and Euro after the court unanimously ruled that the government breached its power.

Parliament could return to sit sooner than the October 14 date timetabled after the Prime Minister’s prorogation.

Pictured: The pound rose today as Boris Johnson was found to have unlawfully suspended Parliament in a Supreme Court ruling at around 11am 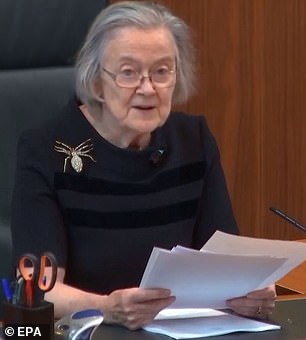 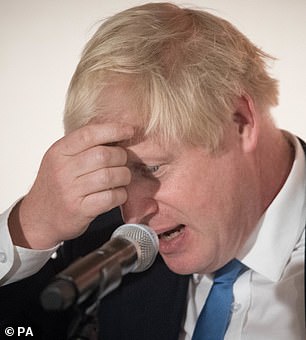 Lady Hale (pictured, left, at today’s Supreme Court session) has ruled that the decision taken by Johnson (right) to suspend Parliament was unlawful

Markets may believe MPs can now redouble their efforts to stop the UK leaving the EU without a deal on October 31.

Lady Hale said this morning that the Prime Minister’s decision to ask the Queen to shut down the Commons for five weeks was ‘unlawful, void and of no effect’.

The Supreme Court president said: ‘The court is bound to conclude therefore that the decision to advise Her Majesty to prorogue was unlawful because it had the effect of frustrating or preventing the ability of Parliament to carry out its constitutional functions’, adding: ‘Parliament has not been prorogued’.

Mr Johnson will now consider whether he can legally defy the court and ask the Queen to prorogue Parliament again.

The Supreme Court suggested that Parliament can now immediately reconvene – but because of the unprecedented situation is still unclear exactly how this could happen.