Authorities have impounded a van covered in anti-liberal propaganda that is believed to be owned by MAGAbomber suspect Cesar Altier Sayoc.

The white commercial van plastered with dozens of stickers that appear to express support for President Donald Trump and disdain for his political rivals was transported away from the scene of Sayoc’s arrest in Plantation, Florida, on Friday morning.

Stickers featuring red shooting targets over the faces of Hillary Clinton, Barack Obama, Green Party Leader Jill Stein, liberal filmmaker Michael Moore and CNN commentator Van Jones and others are juxtaposed next to an image of Trump standing triumphantly on top of a military tank.

Prominently featured on the side of the van are the words: ‘I Am Donald Trump & I Approve This Message.’

Many on social media have now accused the president himself of playing a role in this week’s mail bombing spree through his frequently controversial rhetoric.

Authorities have impounded a van covered in pro-Trump messages and anti-liberal propaganda that is believed to be owned by MAGAbomber suspect Cesar Altier Sayoc, who was arrested in Plantation, Florida, on Friday morning 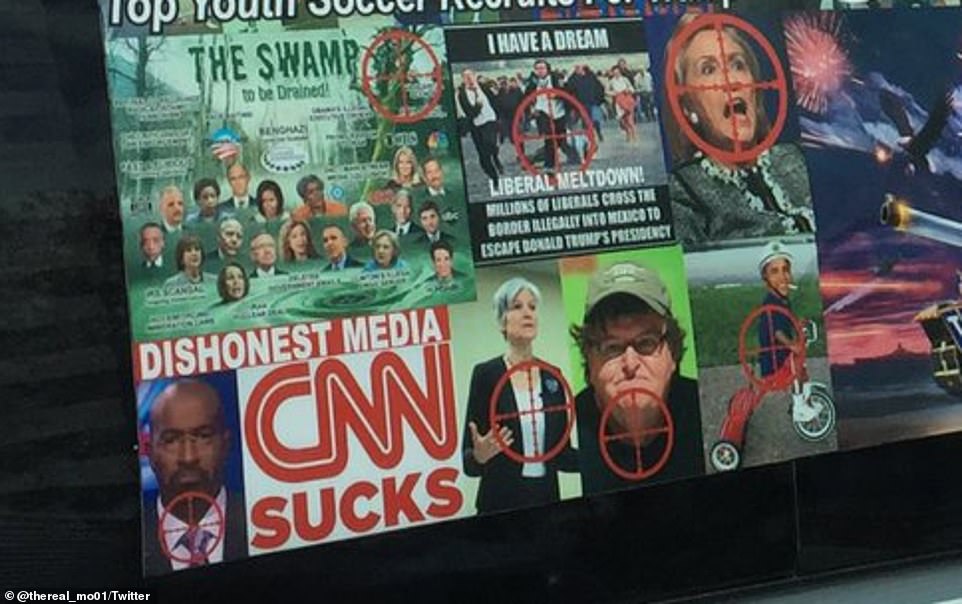 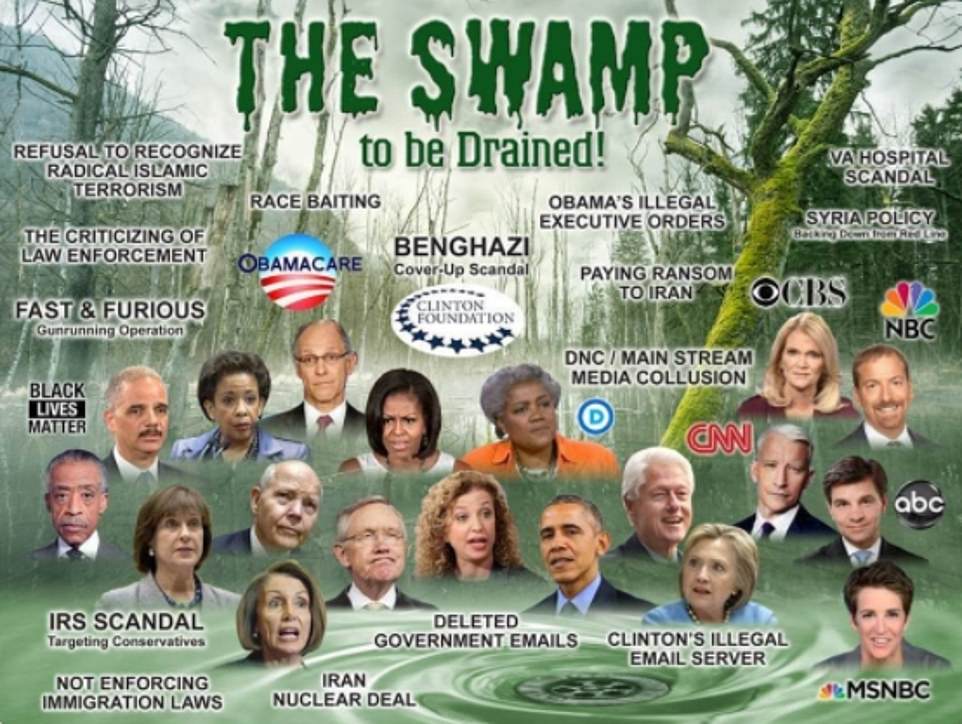 Next to the photos of politicians with targets on their faces is a sticker that says ‘THE SWAMP to be Drained!’ over the faces of several prominent Democratic politicians, left-wing commentators and members of the media 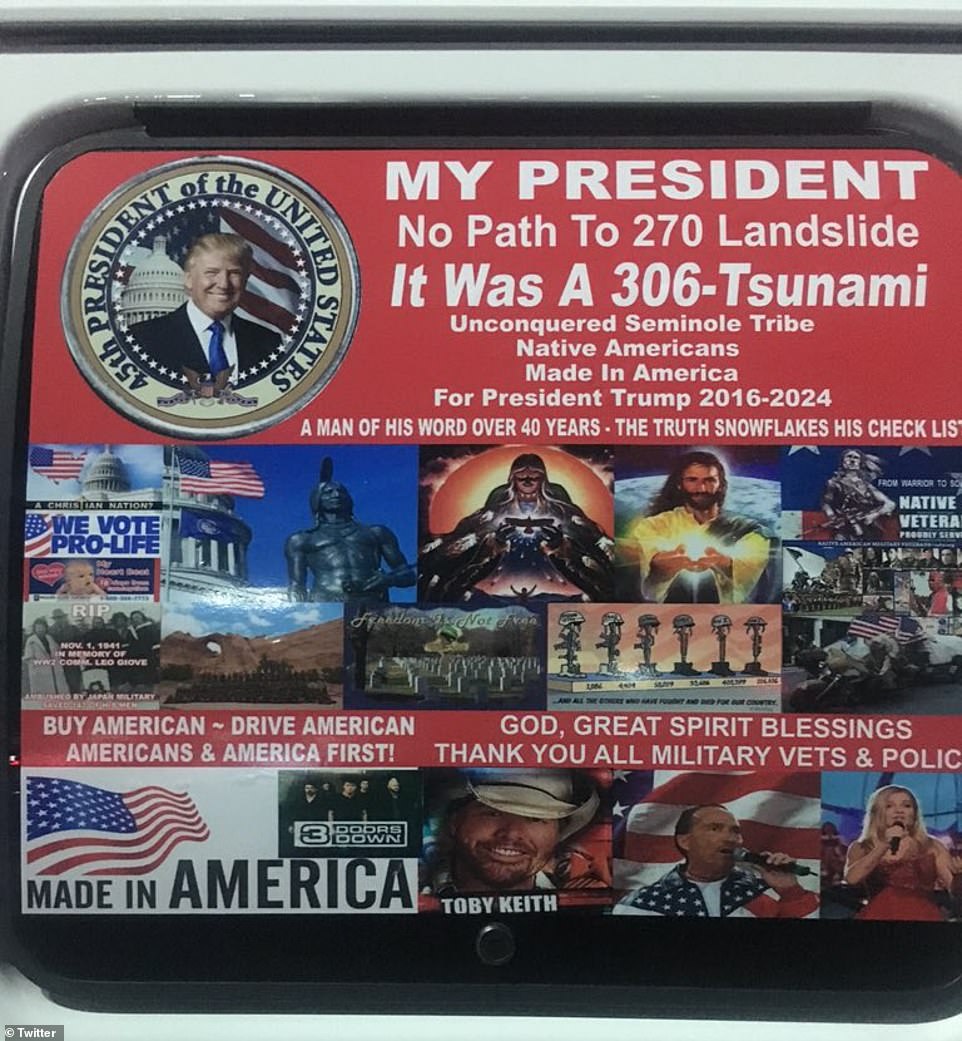 At the top of one of the passenger-side windows is a banner with the presidential seal and the words: ‘My President No Path To 270 Landslide It Was A 306-Tsunami’ – referring to Trump’s electoral college victory in the 2016 election. Under the banner are several random images of Jesus, Native American figures, country singer Toby Keith and the band 3 Doors Down. At right are several conservative messages including ‘A Christian Nation’, ‘We Vote Pro-Life’ and ‘Americans & America First’ 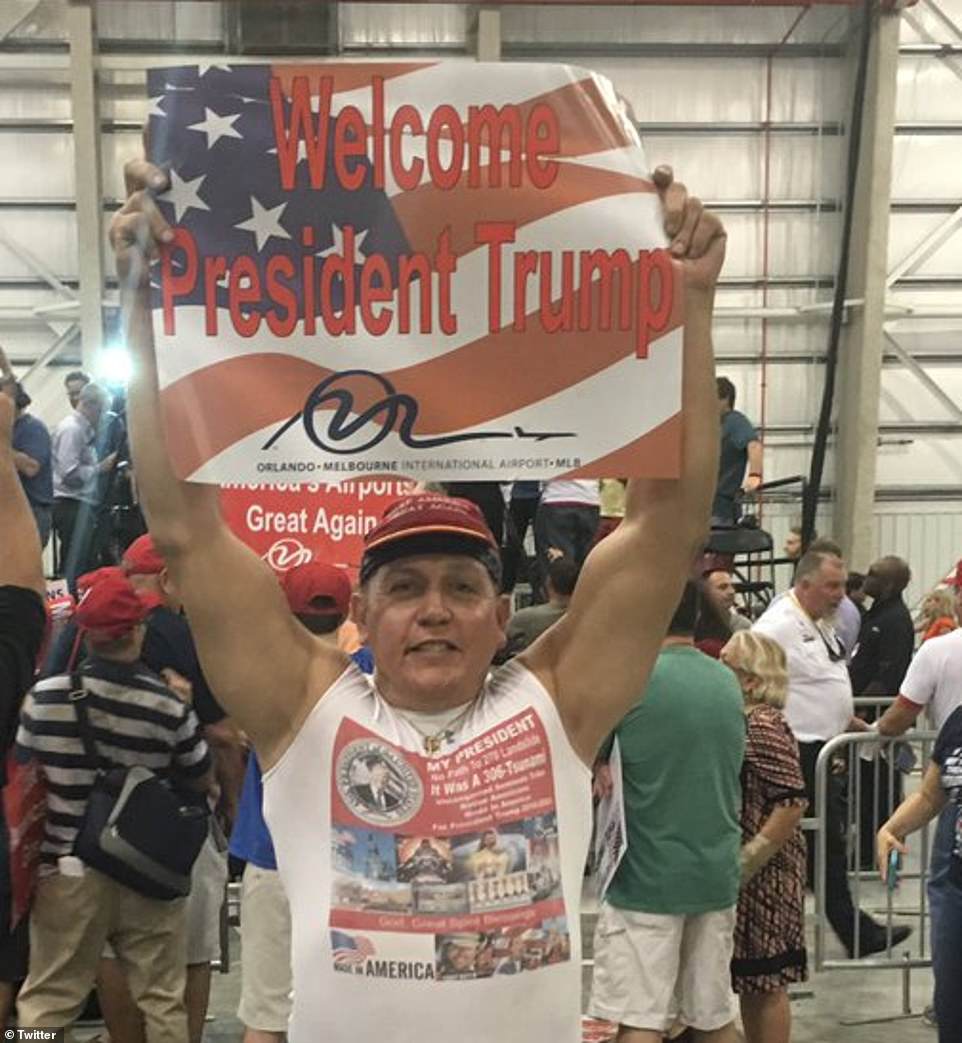 Sayoc wore a shirt with the same images portrayed on his van window to a Trump rally, as seen in the Twitter photo above 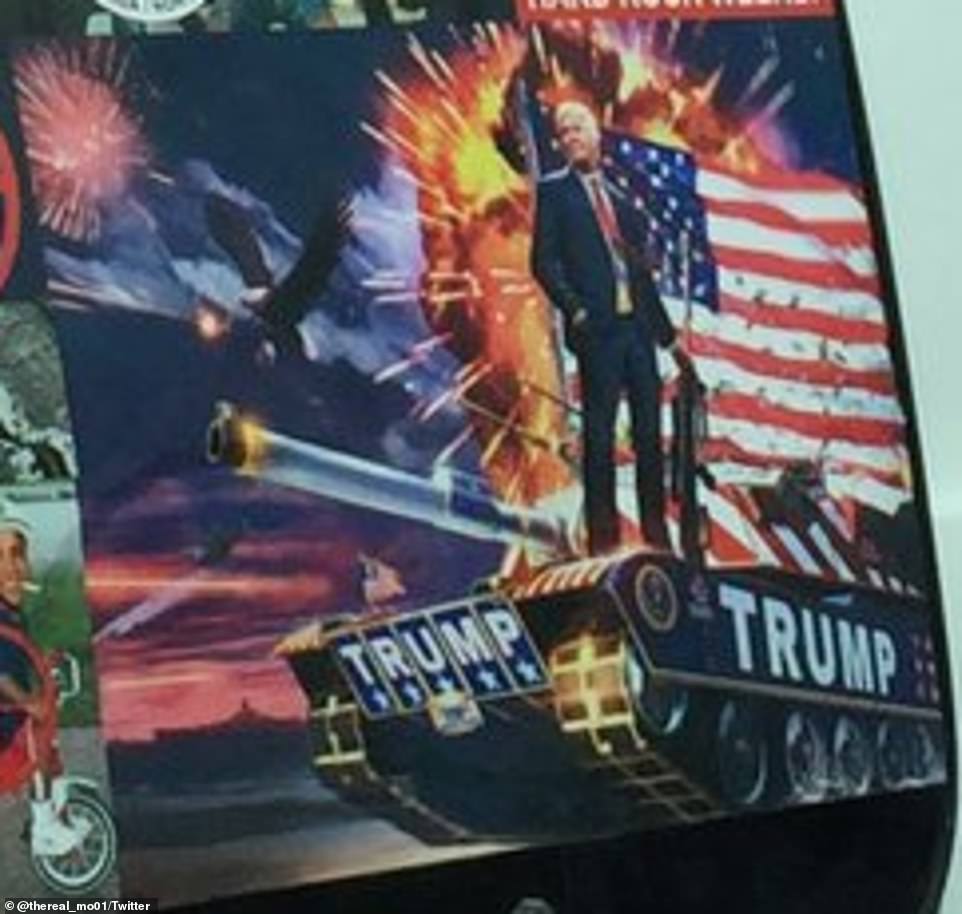 The image above featuring President Trump riding a Trump-branded military tank was originally created by California-based artist Jason Heuser, who sells a variety of ‘Bad Ass Presidential Portraits’. The sticker was likely custom-made

A collage of three images from Trump’s 2016 presidential campaign featuring him and running mate Mike Pence are featured with the flag for the Seminole Tribe – which Sayoc claims to be a part of – and the words: ‘Native Americans For Trump’ 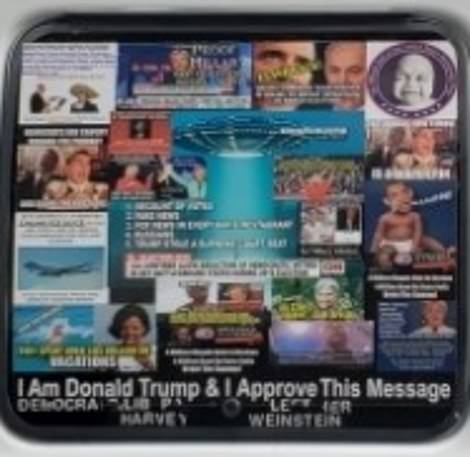 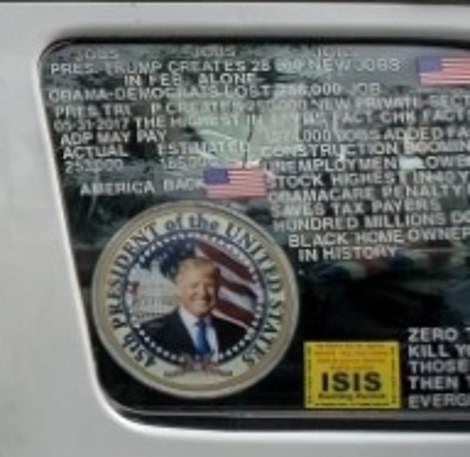 The window-panel at left is covered with stickers made from internet memes which are difficult to identify given the photo quality. At the bottom of the window are the words: ‘I Am Donald Trump & I Approve This Message’. The panel at right features Trump’s presidential seal, two American flags, a rambling paragraph denouncing the Democratic party and an ISIS sticker 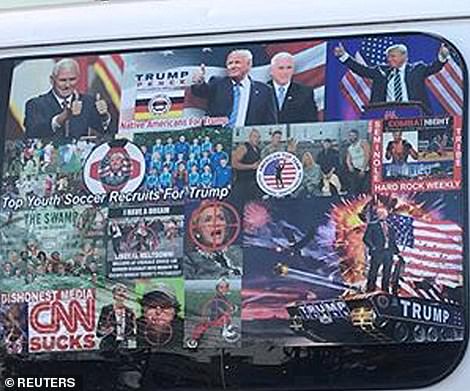 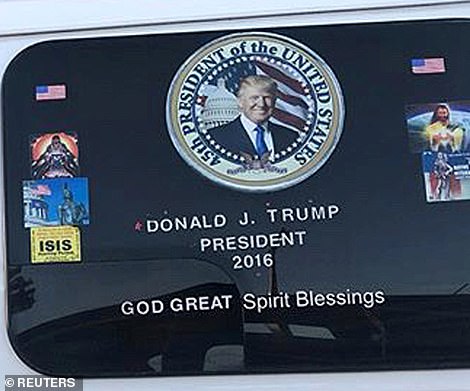 On the driver’s side of the vehicle one window has the same grouping of photos as the other side, while the second window shows a giant presidential seal with the words: ‘GOD GREAT Spirit Blessings’ and another ISIS hunting permit 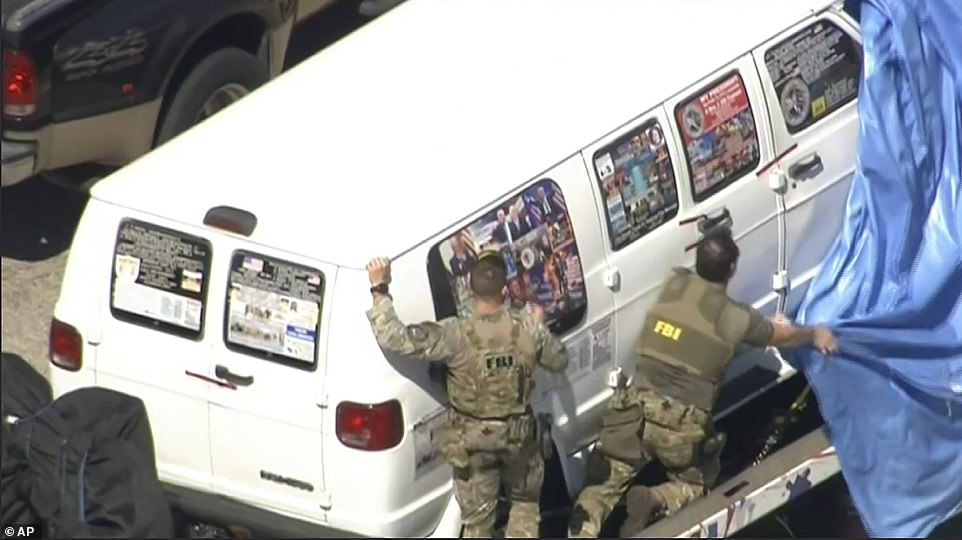 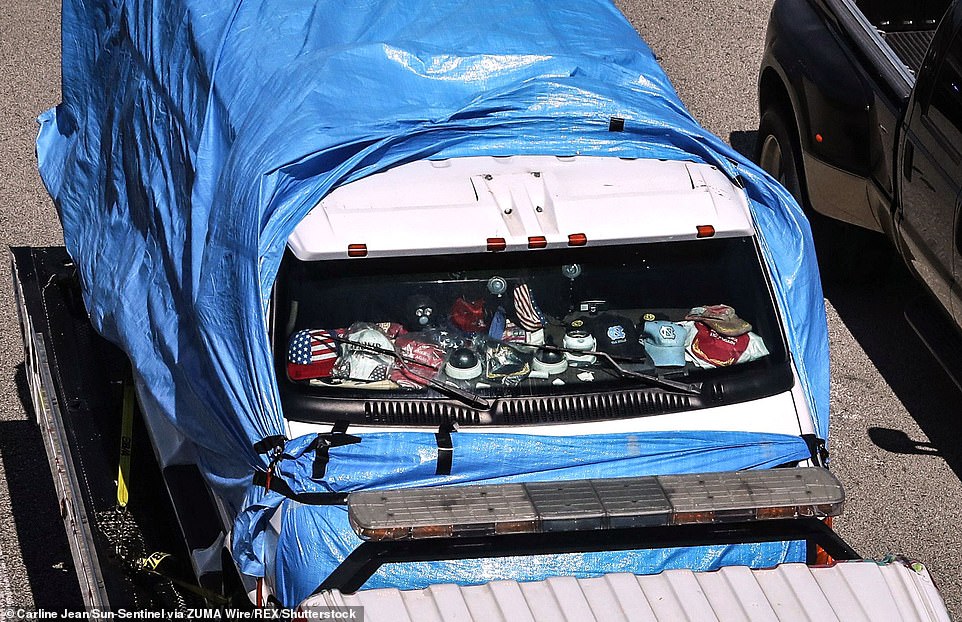 A number of hats with the American flag, the University of North Carolina logo and Trump’s Make America Great Again slogan could be seen on the dashboard of the van as it was transported away from the scene by law enforcement

Multiple people managed to snap photos of the sticker-laden van before it was placed under a blue tarp and driven away by law enforcement.

Many of the messages sound eerily similar to Trump’s own comments, such as one poster with the words ‘THE SWAMP’ over the faces of top Democratic leaders, left-wing pundits and members of the media.

Below that image are the words ‘DISHONEST MEDIA’ and ‘CNN SUCKS’ next to a photo of commentator Van Jones with a target on his chest.

There are also several large stickers from Trump’s 2016 presidential campaign which show the then-candidate and his running mate Mike Pence with their thumbs up.

A handful of the messages point to Sayoc’s apparent Native American heritage, including one that says: ‘Native Americans for Trump’ and a number of Seminole tribe flags.

Two bright yellow stickers on the back and side of the vehicle appear to be novelty ‘ISIS hunting permits’.

Sprinkled among the politically-themed stickers are several promoting soccer teams including the US national and University of North Carolina clubs as well as one that says ‘Top Youth Soccer Recruits for Trump’. A Twitter believed to have been managed by Sayoc lists ‘former professional soccer player’ in the bio. 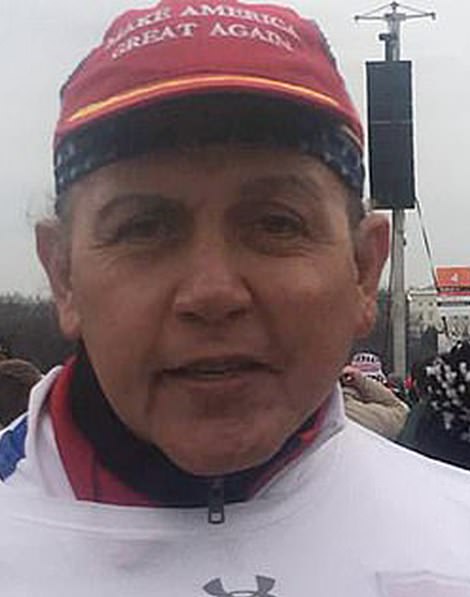 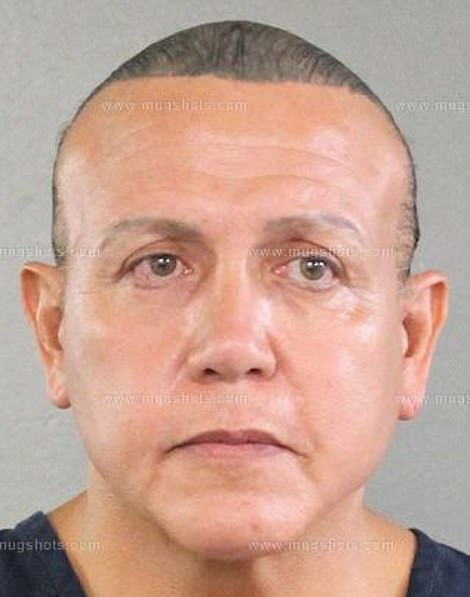 This photo of the back of the vehicle believed to have been taken in April shows a long statement that appears to be about the soccer team at the University of North Carolina – where Sayoc is believed to have attended – along with a US Soccer emblem and a Seminole Tribe flag. On the back right panel is are more long statements referring to UNC along with three American flags, a ‘Donald Trump for President 2016’ sticker and a yellow sticker that says ‘ISIS’ – resembling novelty ‘ISIS hunting license’ bumper stickers sold online

The poster above promoting the Republican party in Florida, specifically gubernatorial candidate Ron DeSantis and senate candidate Rick Scott was posted on a Twitter account believed to have been run by Sayoc. It appears to be identical to one of the stickers on the back of the van when it was impounded on Friday 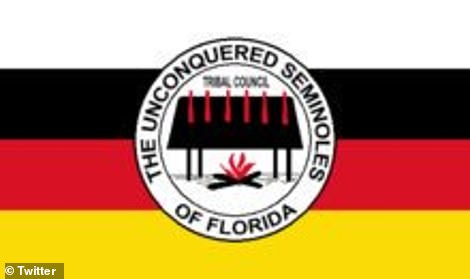 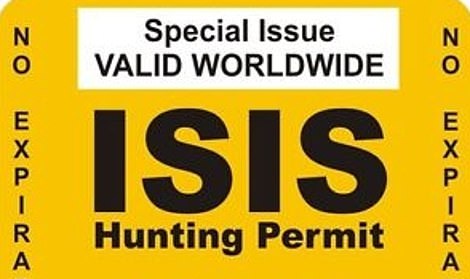 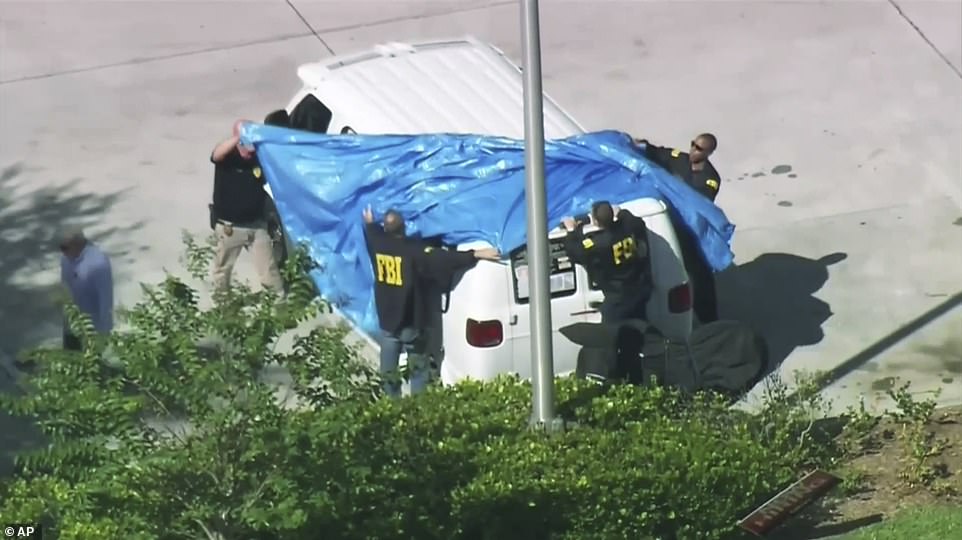 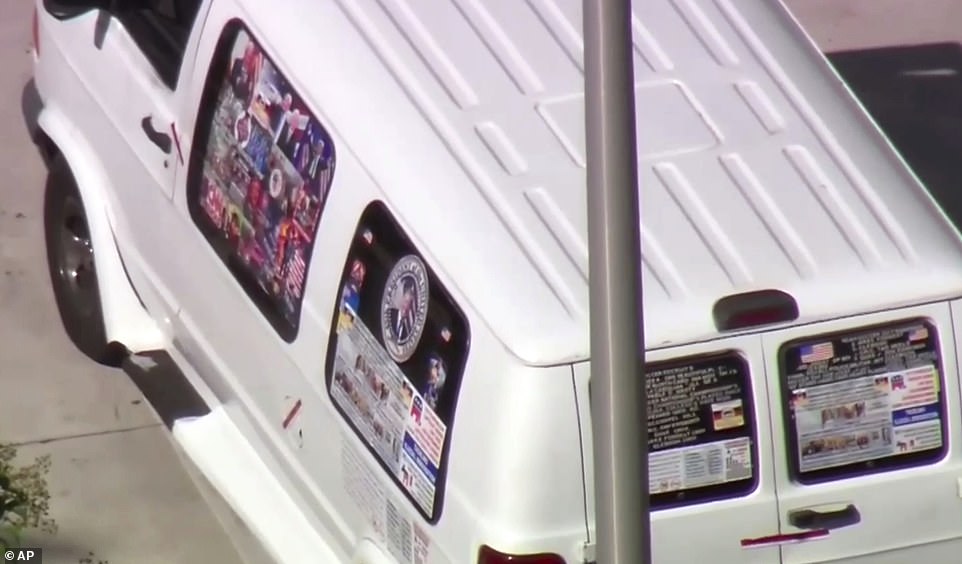 Nearly every inch of the van’s windows is covered with stickers expressing support for Trump and condemning liberals and the media, along with a few soccer-related images. An overhead view of the van is pictured above

The messages portrayed on the impounded vehicle echo and often copy directly those seen on Sayoc’s social media pages.

According to his Facebook page, Sayoc is a Trump fan who posted pictures and videos of himself at one of the President’s rallies in October 2016.

He posted a photograph of himself wearing a MAGA hat in front of the US Capitol in 2017.

He is Native American, and according to a picture posted on his social media page, he is a member of the Seminole Tribe of Florida.

That photograph appeared to be featured on the van as it was impounded on Friday.

He shared bodybuilding pictures and appears to have worked in a strip club.

He expressed his dislike of Hillary Clinton and posted stories about incidents of Islamic terrorism.