By Pa and Julian Robinson for MailOnline

An 800-year-old mummy has been decapitated and its head stolen from a church in Dublin.

The head of ‘The Crusader’ was removed from a crypt in St Michan’s Church in the Irish capital over the weekend.

A guide discovered the crime after opening the church for visitors on Monday afternoon.

The crypt has been badly damaged and several of the mummies, including the 400-year-old remains of a nun, had been desecrated. The Crusader’s body was turned over and his head removed. 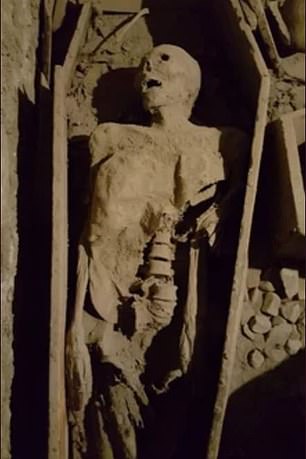 The Archbishop of Dublin Michael Jackson expressed sadness and outrage at the incident.

‘I am shocked that someone would target this ancient burial place and desecrate the remains of those lying within it,’ he said.

‘Not only have these individuals desecrated the sacred crypt but they have destroyed these historic mummies which have been preserved in St Michan’s for hundreds of years.

‘I would appeal to those responsible to examine their consciences and return the head of The Crusader to its rightful place.’

The unnamed body is believed to be that of a man who fought in Crusades – religious wars sanctioned by the Church in the medieval era.

Because of his impressive height, the Crusader’s legs were broken and folded to fit his remains inside a coffin in the St Michan’s crypt.

The church – founded in 1095 – is a popular tourist attraction in the Irish capital and the vaults receive about 28,000 visitors a year.

According to local lore, during a visit to the vault author Bram Stoker found inspiration for his gothic vampire horror ‘Dracula’. 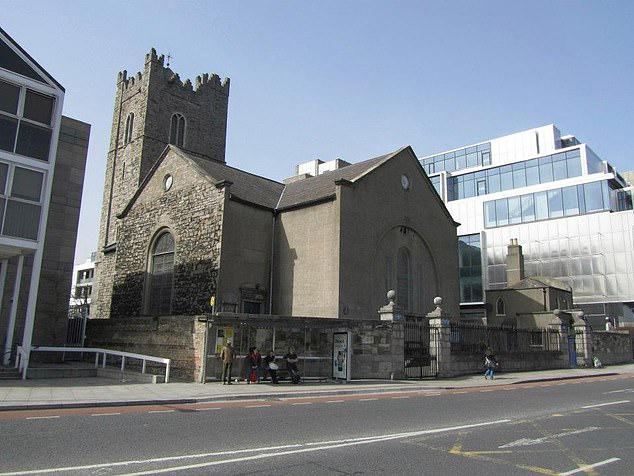 A solid steel internal gate was taken during the raid and there are fears the remains will disintegrate in the open air since conditions in the crypt keep them preserved.

Archdeacon David Pierpoint said he has been left ‘upset and disappointed’ that the church has been targeted again after the crypt was vandalised in 1996.

On that occasion, he said teenagers broke into the vaults and took the bodies from their coffins, including the body of a child, Irish media reports.

‘They dragged them up onto the ground and seemed to be playing football with the heads,’ he said.

‘The actions of these people are devastating and sacrilegious,’ he added.

‘We are upset at the amount of damage that has been caused. But also the crypt will have to close so tourists will not be able to visit. It is very frustrating.

‘I would appeal to anyone with information to contact the gardai.’

A spokesman for the gardai said: ‘Garda are investigating a break-in at St Michan’s Church on Church Street, Dublin.

‘The matter was reported to gardai this afternoon. The incident is believed to have occurred between 7pm on Saturday and 8am on Sunday February 24.

‘Gardai are appealing for anyone with information to contact them at Bridewell garda station on 01 666 8200.’