Vanessa Bryant has spoken out following the death of George Floyd and the protests around the country.

The 37-year-old took to social media on Saturday evening of her late husband, Kobe Bryant, wearing a T-shirt that read, ‘I can’t breathe’ – the same words that were spoken by Mr. Floyd before his tragic passing.

Vanessa complimented the post with a caption encouraging others to spread love.

‘My husband wore this shirt years ago and yet here we are again,’ she began.

‘Life is so fragile. Life is so unpredictable. Life is too short. Let’s share and embrace the beautiful qualities and similarities we all share as people.’

She continued: ‘Drive out hate. Teach respect and love for all at home and school. Spread LOVE. Fight for change- register to VOTE.’ 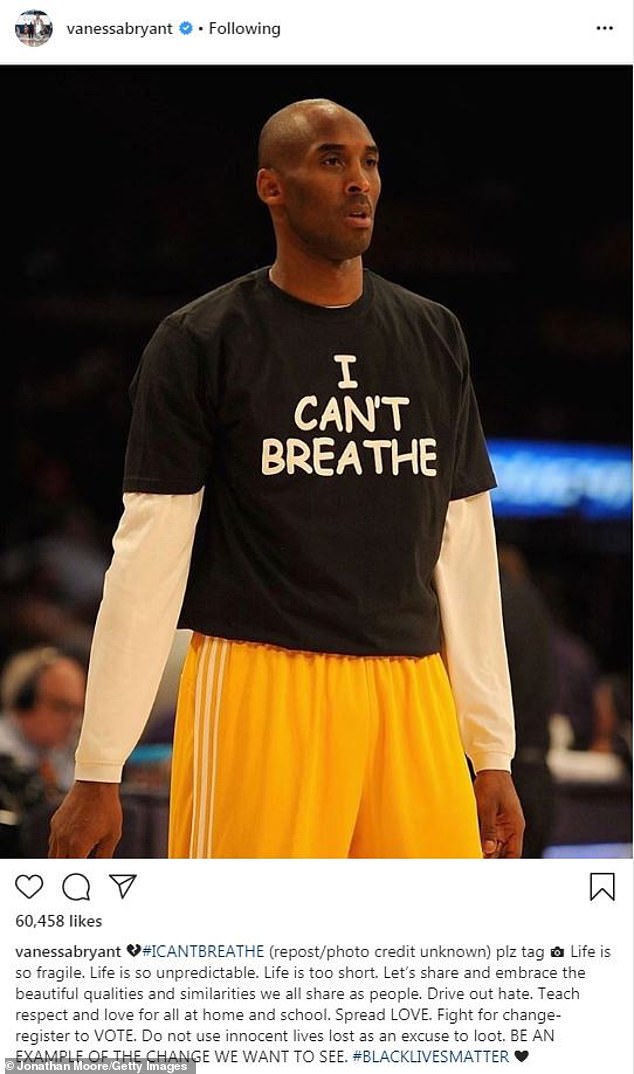 Wise words: ‘Be an example of the change we want to see,’  she shared 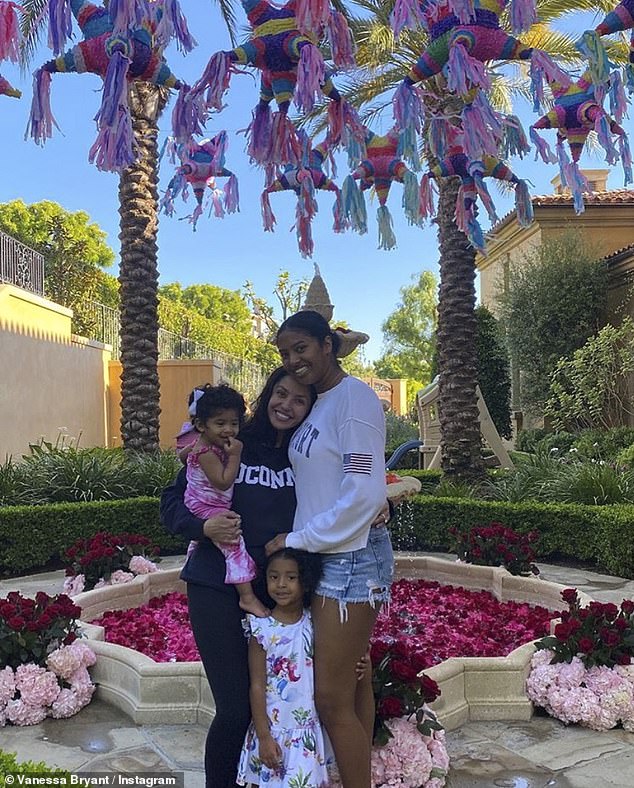 Mom: Vanessa is the single mother to Natalia, 17, Bianka, three, and Capri, 11-months, following the deaths of Kobe and daughter Gianna, 13, in a helicopter accident

‘Do not use innocent lives lost as an excuse to loot. BE AN EXAMPLE OF THE CHANGE WE WANT TO SEE.❤️’

The former NBA player wore the T-shirt in 2014 ahead of the Lakers game against the Sacramento Kings, to protest the death of Eric Garner.

Eric, a black man killed by the police in New York City, muttered the words, ‘I Can’t breathe,’ after the officer placed him in a choke hold.

Kobe spoke about his decision to wear the shirt following the game in 2014.

‘I think it’s us supporting that movement and supporting each other,’ he said to the Los Angeles Times. 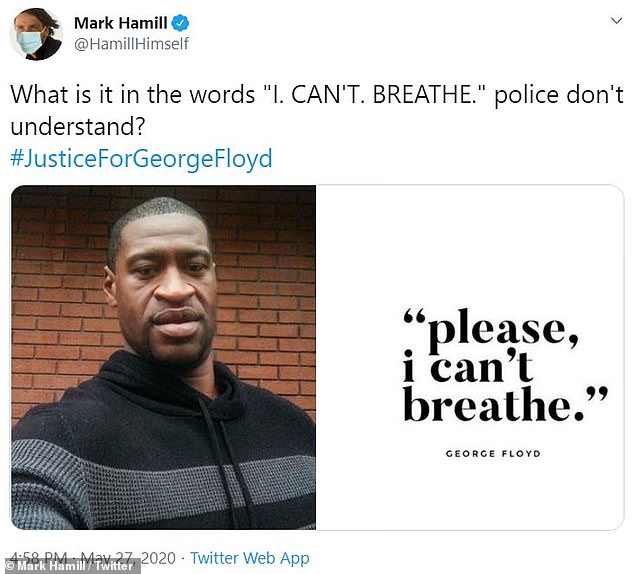 Speaking  out: Many celebrities, including Mark Hamill have been speaking out following Floyd’s death

‘The beauty of our country lies in its democracy. I think if we ever lose the courage to be able to speak up for the things that we believe in, I think we really lose the value that our country stands for.

The words, ‘I can’t breathe,’ have been chanted around the country over the past few days, after video footage went viral of Minneapolis police officer, Derek Chauvin, held down George Floyd with his knee on his neck and killed him.

The officer has since been fired and charged with third-degree murder and second-degree manslaughter. 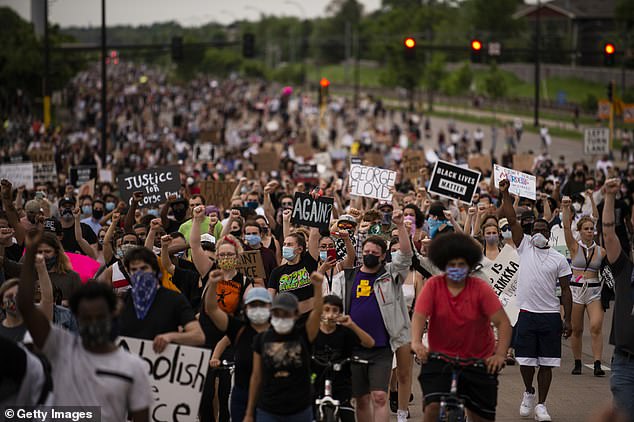 Protests: The words, ‘I can’t breathe,’ have been chanted around the country over the past few days, after video footage went viral of Minneapolis police officer, Derek Chauvin, held down George Floyd with his knee on his neck and killed him