Vanessa Bryant shares sweet photos of her daughters Natalia, Bianka and Capri… as she celebrates her first Easter without Kobe and Gianna

Vanessa Bryant shared photos of her intimate Easter celebration with her daughters on Sunday.

The 37-year-old wife of Kobe Bryant shared some sweet photos of her daughters Natalia, Bianka and Capri out on the family’s lawn.

Though the whole family was beaming, the post also marked their first Easter together without Kobe and his daughter Gianna after the tragic helicopter crash that claimed their lives in January.

Sticking together: Vanessa Bryant, 37, posted a diptych Sunday on Instagram with her daughters Natalia, 17, Bianka, three, and Capri, nine months, marking their first Easter without Kobe and Gianna

The left panel of the diptych featured Vanessa’s eldest daughter Natalia, 17, who wore a white blouse and a cream-colored skirt covered in red flowers.

She held aloft the newest member of the family, nine-month-old Capri, who looked adorable in a fuzzy pink sweater and tiny hot pink shoes with fringe around the ankles.

The right panel showed Vanessa in a magenta dress and sneakers as she crouched down for a kiss with Bianka, three.

Her daughter looked festive in a seafoam dress with a multicolored moth embroidered on the chest.

The former model skipped a caption and let the photos speak for themselves. 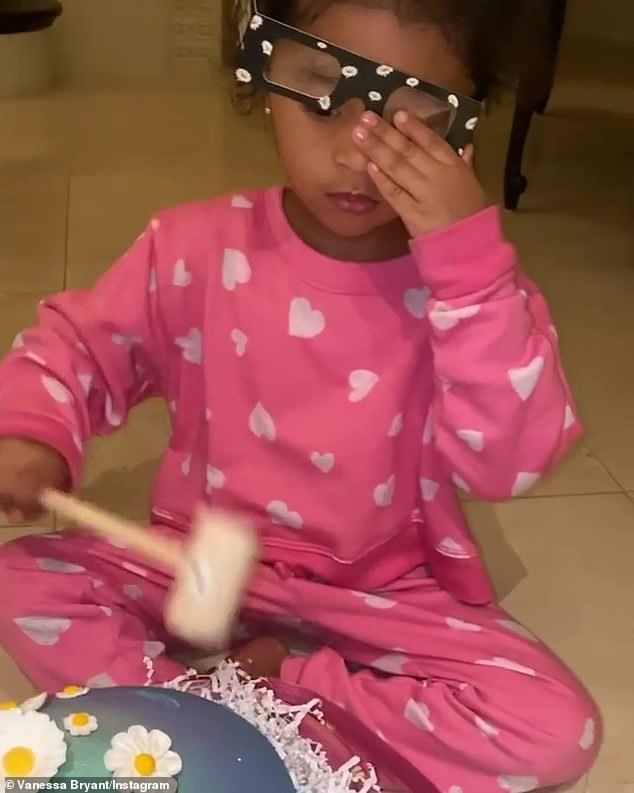 Focusing on joy: On Saturday, Vanessa shared a playful video of Bianka and Capri opening a giant Easter egg 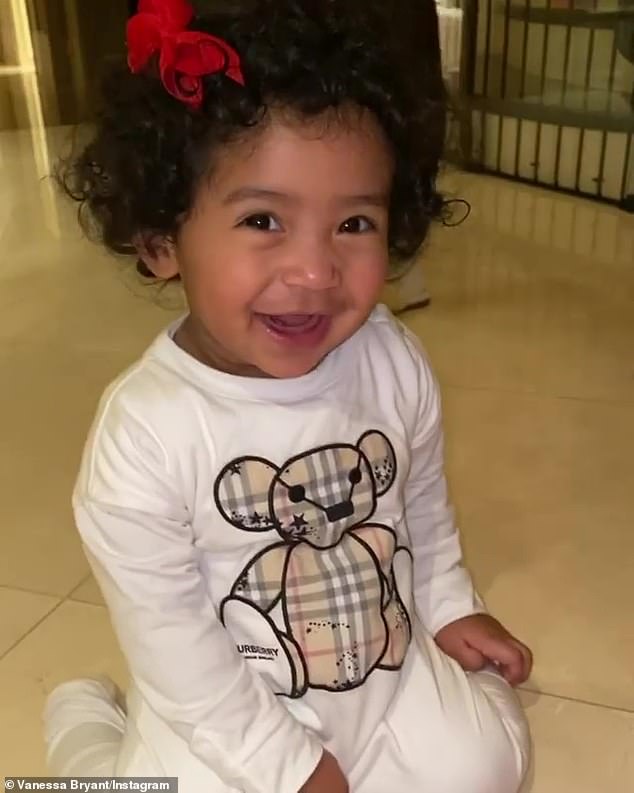 Look at that smile: Capri sat off to the side and watched her big sister try to break open the thick shell with a tiny wooden mallet

The lustrous blue egg was decorated with daisies and required Bianka to break it open with a wooden mallet.

The little girl had a disposable pair of glasses decorated with daisies as eye protection, they she was only able to make a small chip in the egg.

Eventually, her mother got impatient and gave the egg a good whacking, which broke it open to reveal the chocolates inside, which both girls shared. 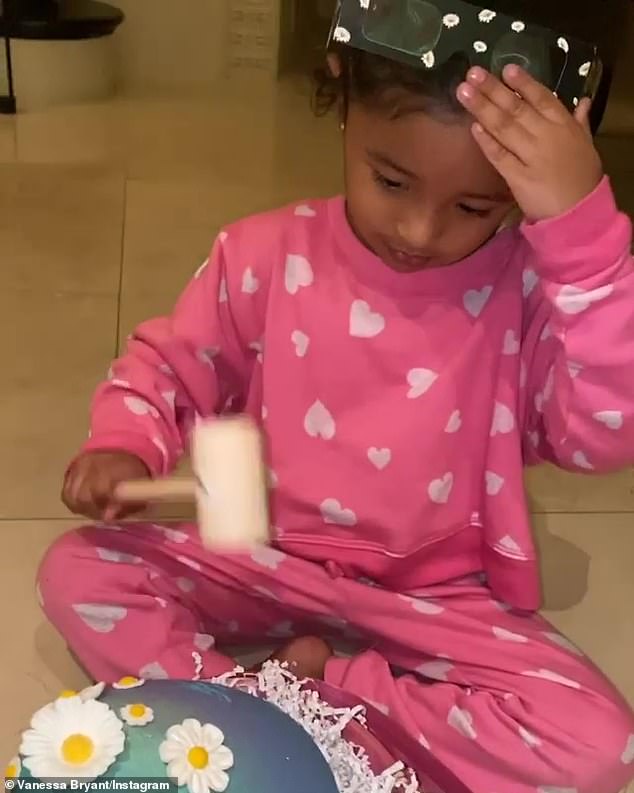 At the start of the clip: Bianka is trying to break into a large blue Easter egg decorated with daisies, while protecting herself with a pair of giant polka-dotted glasses 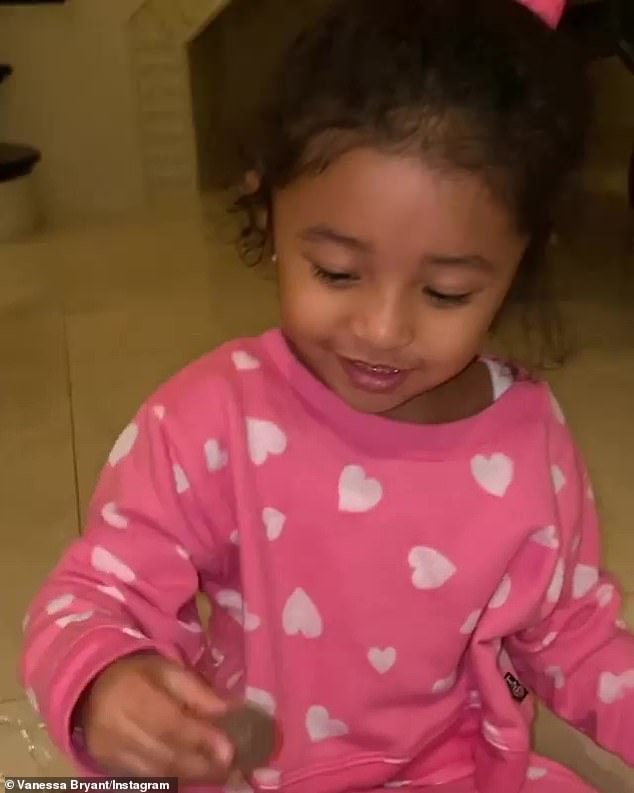 Getting the treat: Eventualluy, Vanessa got impatient and gave the egg a few hearty whacks, which revealed the chocolate inside

Vanessa and her children have been self-quarantining together since the start of California’s shelter-in-place order last month.

Even as she heals, she’s continued to share tributes to her late husband and daughter.

Early last month, Vanessa shared a photo a photo of her 5ft10in daughter Natalia in front of a memorial for her father and younger sister to commemorate her winter formal dance.

A second post featured the whole family and included the lyrics to Smile, a classic tune set to music by Charlie Chaplin that was popularized by Nat King Cole. 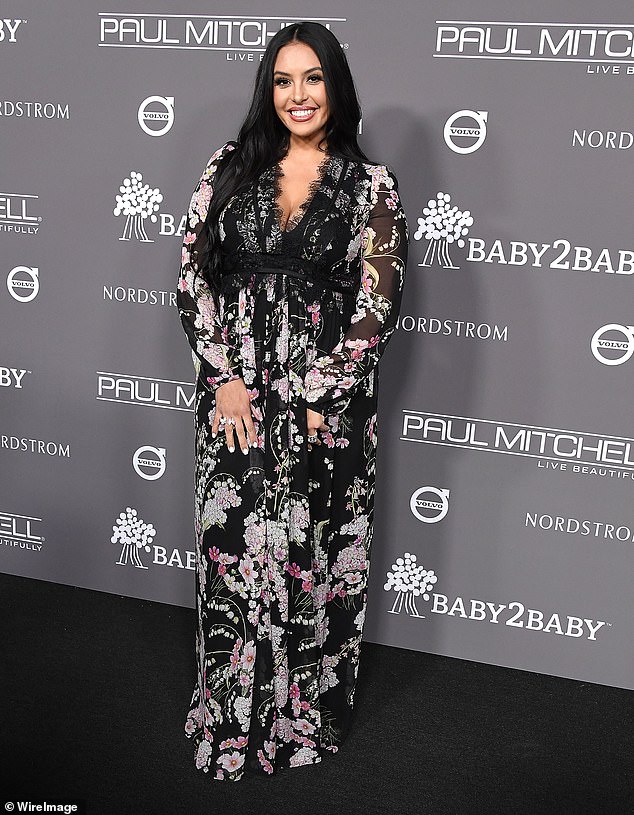 Never forget: Vanessa has been self-quarantining at home with her daughters, but she’s continued to share tributes to her late husband and daughter on social media; pictured in 2018 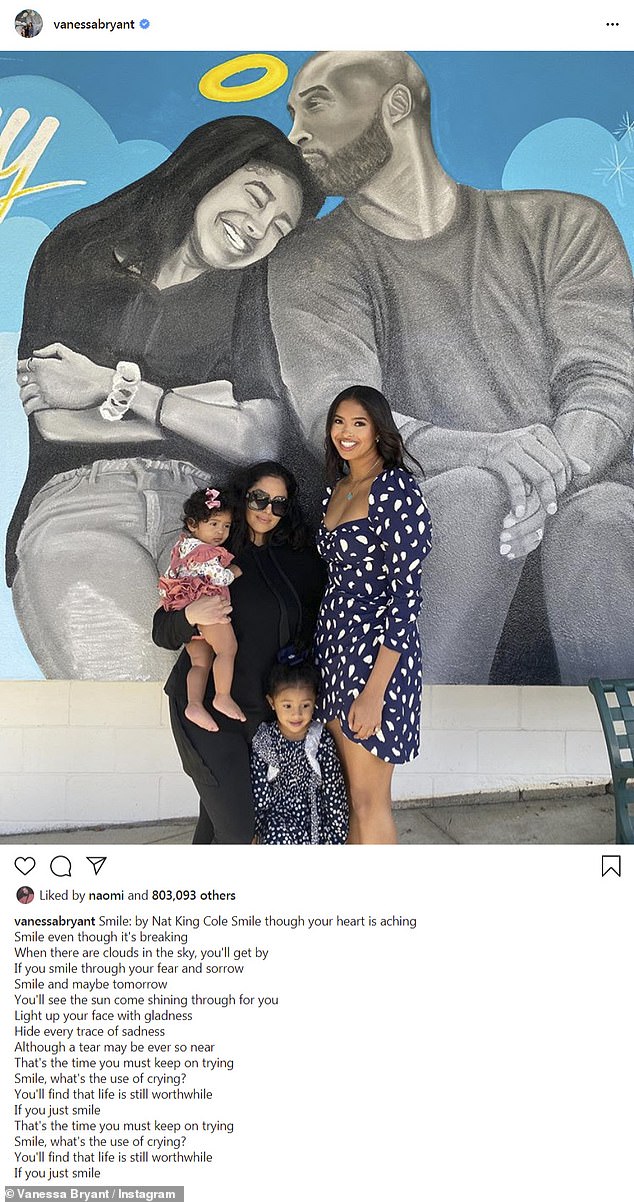 ‘Though your heart is aching’: She posted photos commemorating Natalia’s winter formal dance in front of a mural of Kobe and Gianna. She captioned a family photo with the bittersweet lyrics to Charlie Chaplin’s Smile 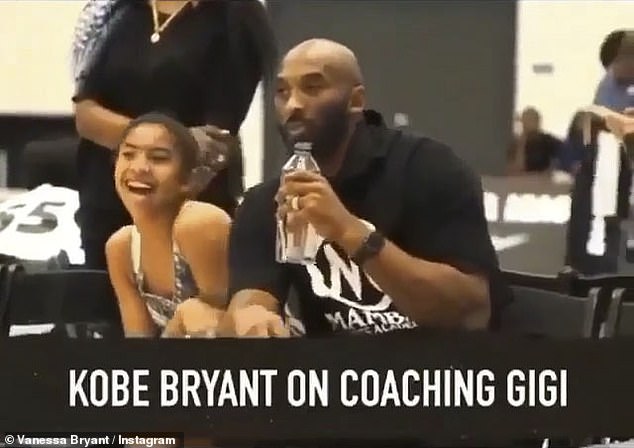 Tragic loss: Vanessa and her daughters lost their father and sister after his helicopter crashed on January 26 in Calabasas, killing them, Gianna’s basketball coach, the pilot and five others