Vanessa Feltz insists her 3.5 stone weight loss has boosted her sex life… despite her fiancé liking a ‘woman with a big fat bum’

She underwent gastric band surgery in an effort to end her tendency to yo-yo diet.

And three-and-a-half stone lighter Vanessa Feltz, 57, has lauded how weight loss has made her more confident and helped her sex life – despite her fiancé Ben Ofoedu, 46, not having any complaints to begin with.

Vanessa has explained that she feels more confident and enjoys wearing sexy lingerie in the bedroom now that she has shed the pounds down to a size 12. 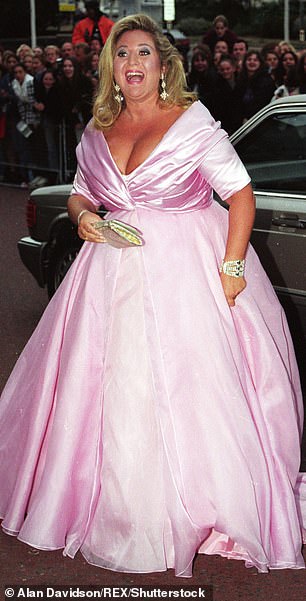 Svelte: Vanessa Feltz, 57, has lauded how weight loss has made her more confident and helped her sex life [pictured L in July and R in 1995]

‘I’ve been able to get sexier underwear. I love a négligée – I’ve got some fabulous satin ones which I think are absolutely irresistible to Ben,’ she told Woman Magazine.

She went on: ‘He doesn’t seem to have become any less keen on a bit of how’s your father, put it that way. He likes a bigger woman with a big fat bum.

‘Mine has almost dwindled away, so I don’t think he’d have cared if I hadn’t lost an ounce, but he likes the confidence.’

She also wants to loose a further half stone by the end of 2019 – insisting that it’s not just about the way she looks, it’s also about health. 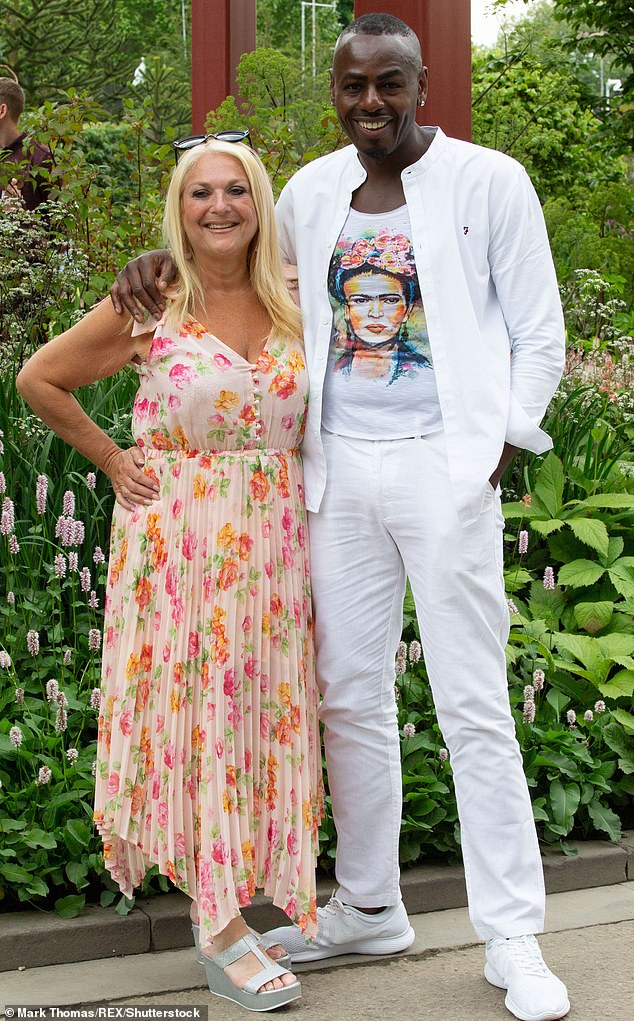 Looking great: Vanessa feels more confident, despite her fiancé Ben Ofoedu, 46, not having any complaints to begin with

Vanessa’s comments echo a chat she had with OK! Magazine in April.

Speaking about her new look, Vanessa revealed how amazed she was about her epic weight loss, telling the publication: ‘It feels too good to be true… I can’t tell you how good it feels to fit into a pair of skinny jeans.’

And it appears that Ben, who has been engaged to Vanessa since 2006, is also a fan of her figure as he revealed that as long as she’s happy, he’s happy.

He said: ‘What’s sexy to me is someone who is happy in themselves, so when Vanessa is happy so am I.’ 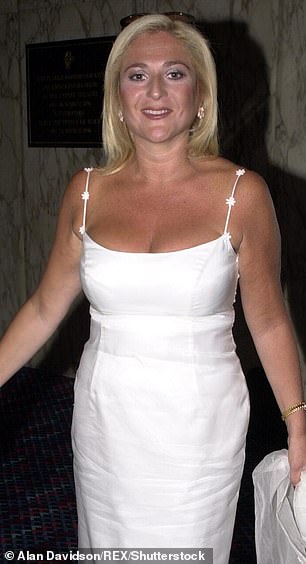 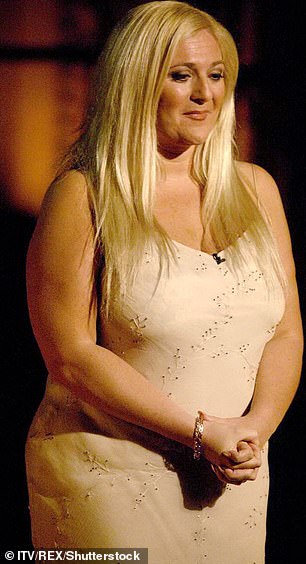 Yo-yo diet: Vanesses slimmed down considerably in 2000, but put weight on again in the following years [pictured L in 2000 and R in 2004]

But despite the fabulous results, the surgery wasn’t without its complications.

The procedure also saw the removal of Vanessa’s previously fitted gastric band, which in 2016 led her to develop gastroesophageal reflux – a condition that causes your eyes, ears, nose and mouth to feel like they’re full of liquid.

However, instead of the surgery taking the planned one hour, the This Morning regular was actually on the table for five hours. 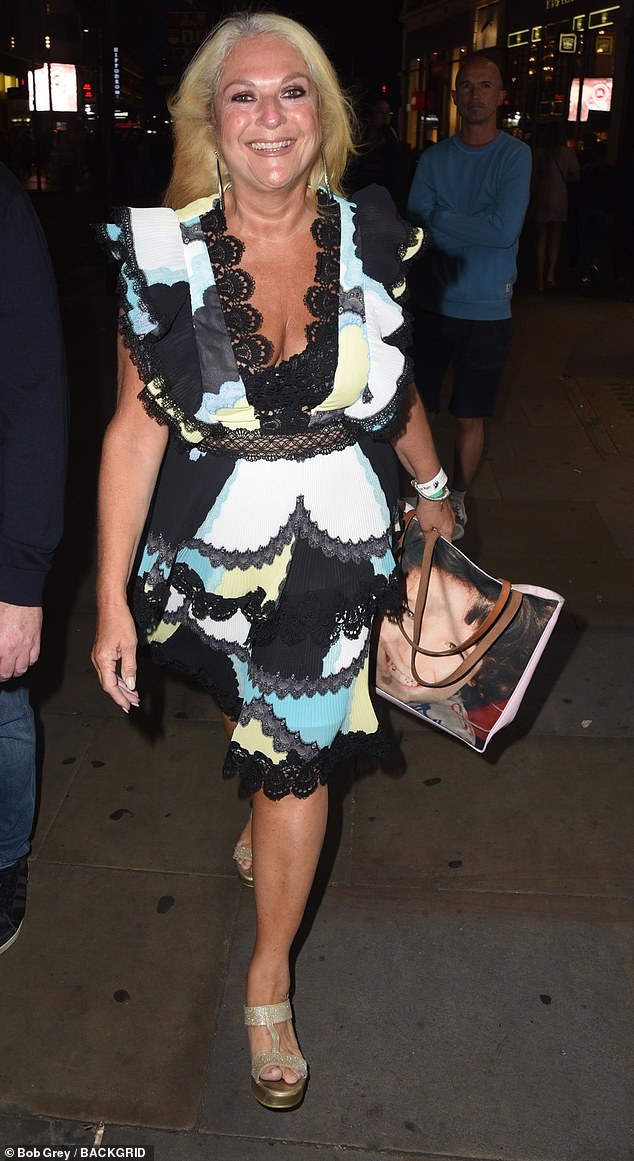 Looking great! With Vanessa back to her best, the couple are now looking forward, with their wedding planning back on track 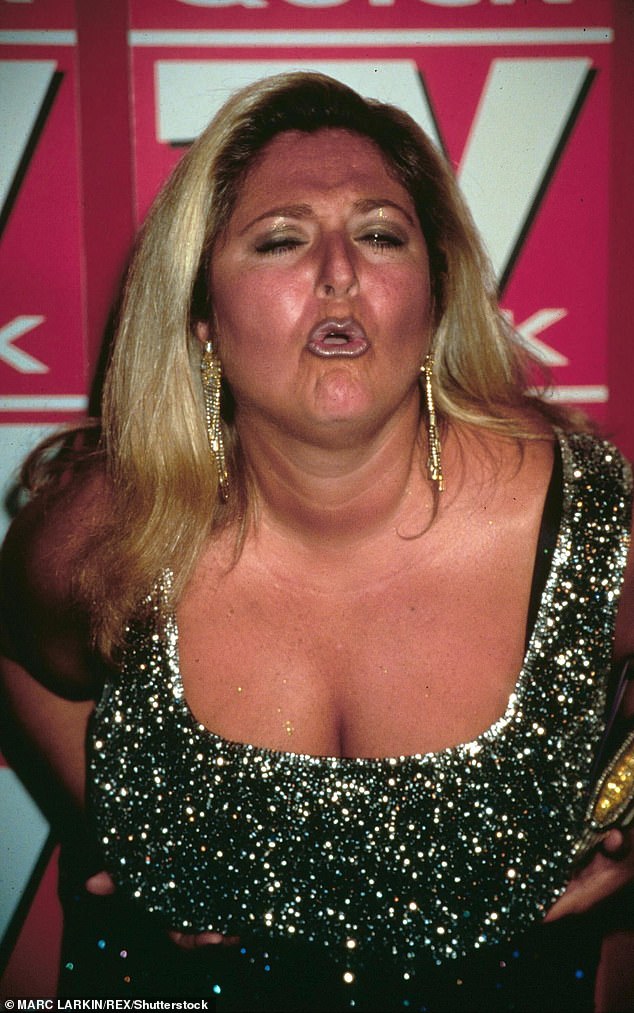 Speaking of his fears over his partner’s operation, Ben explained: ‘I was at home with Saskia [Vanessa’s daughter] waiting for news and I was going out of my mind not knowing what was happening. In the end I ran to the hospital and demanded an update.’

With Vanessa back to her best, the couple are now looking forward, with their wedding planning back on track.

After two attempts to tie the knot in 2007 and 2011, Vanessa revealed that they’re now ‘saving up’ after spending a lot of money on her gastric band.