Vanessa Hudgens treated herself to a sweet snack as she enjoyed a solo outing in Los Angeles on Wednesday.

It’s the first time she has been spotted in public since her ex-boyfriend Austin Butler, 30, was spotted with Kaia Gerber, 20, in exclusive photos obtained by DailyMail.com.

The 33-year-old star was seen grabbing a pair of beverages from Earth Organic Juice Bar.

Solo errand: Vanessa Hudgens stepped out by herself on Wednesday in Los Angeles

The High School Musical alum was dressed in a cropped, black and white turtleneck sweater and black leggings.

She wore long white socks with a pair of white sneakers that had a very chunky platform.

The California-born entertainer sported small gold hoops in her ears and a couple of rings on her fingers. 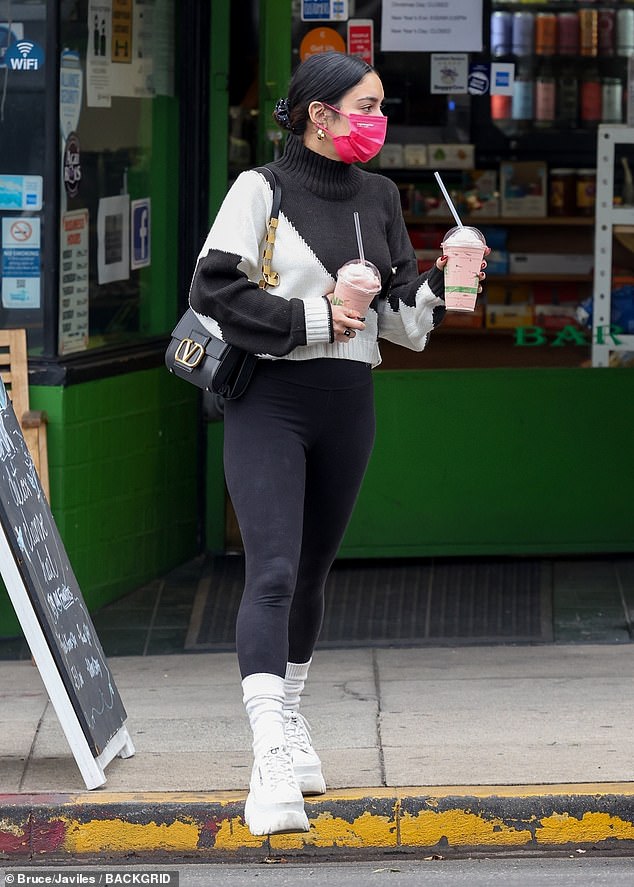 New romance: It was the first time she’s been spotted out in public since news broke that her former boyfriend Austin Butler is dating Kaia Gerber

Vanessa kept safe in a hot pink face mask and went makeup-free underneath the protective swath.

Her dark shoulder-length hair was parted at the center and pulled into a low bun secured with a black scrunchie.

Over her shoulder she carried a medium size black leather Valentino purse with gold accents.

The actress – who currently stars in the Netflix holiday movie Princess Switch 3 – carried two strawberry-flavored drinks in her red-manicured hands.

Stylish and safe: Vanessa kept safe in a hot pink face mask and went makeup-free underneath the protective swath

Hudgens has been happily dating Pittsburgh Pirates shortstop Cole Tucker since the end of 2020.

The couple went Instagram official on Valentine’s Day this year.

In exclusive photos obtained by DailyMail.com, the two were spotted going to a yoga class together before taking off with Butler behind the wheel of Gerber’s car.

‘Austin and Kaia are in fact dating. All of her friends think they are so adorable and it’s a total step up from her last relationship and she knows it too,’ a source told People, adding the model ‘seems really happy.’

Kaia was last in a relationship with actor Jacob Elordi, whom she split from after one year together last month. 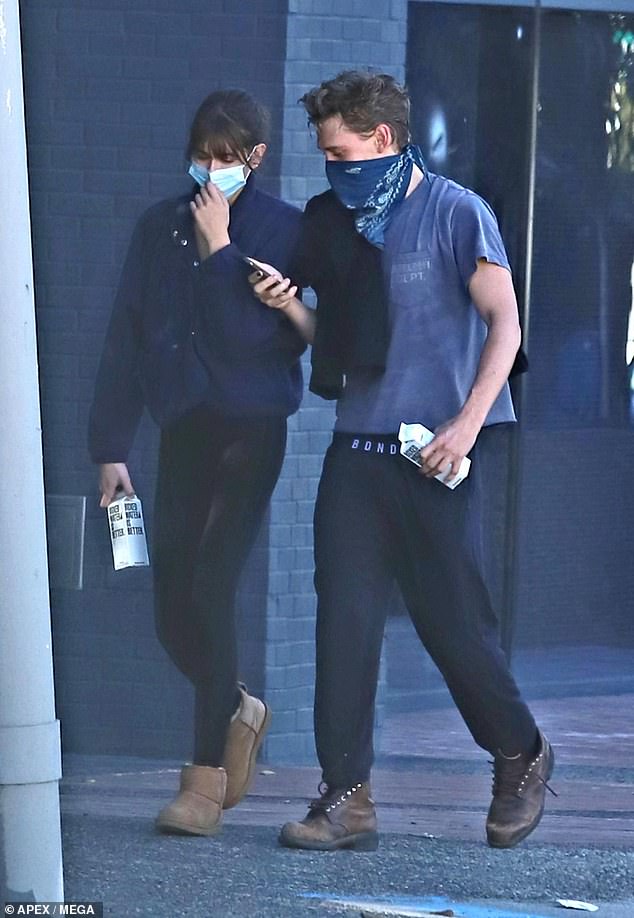