The 57-year-old Desperate Housewives veteran made history when she became the first black woman to win the famous pageant but her triumph did not go down well with everybody.

‘I won (Miss Syracuse), Miss New York State and Miss America all within six months, so I went from my junior year (at Syracuse University) to all of a sudden, I was the first Black Miss America in 1983. And I had death threats because we’re talking 37 years ago,’ she said.

‘A lot of people don’t like to be confronted with diversity, and I was the symbol of that, so I had to prove that I was smart enough. I was talented enough.’

Vanessa explained how she was forced to give up her crown towards the end of her reign as Miss America as nude photographs of her were infamously published in Penthouse magazine.

She said: ‘After being Miss America, there was an issue with some pictures I had done, which did not have a release and they were sold behind my back. Six weeks before I was finishing my year (as Miss America), I resigned.’

Williams has since gone onto launch a successful career as both a singer and actress and confessed that she ‘never wanted’ to be a beauty queen. 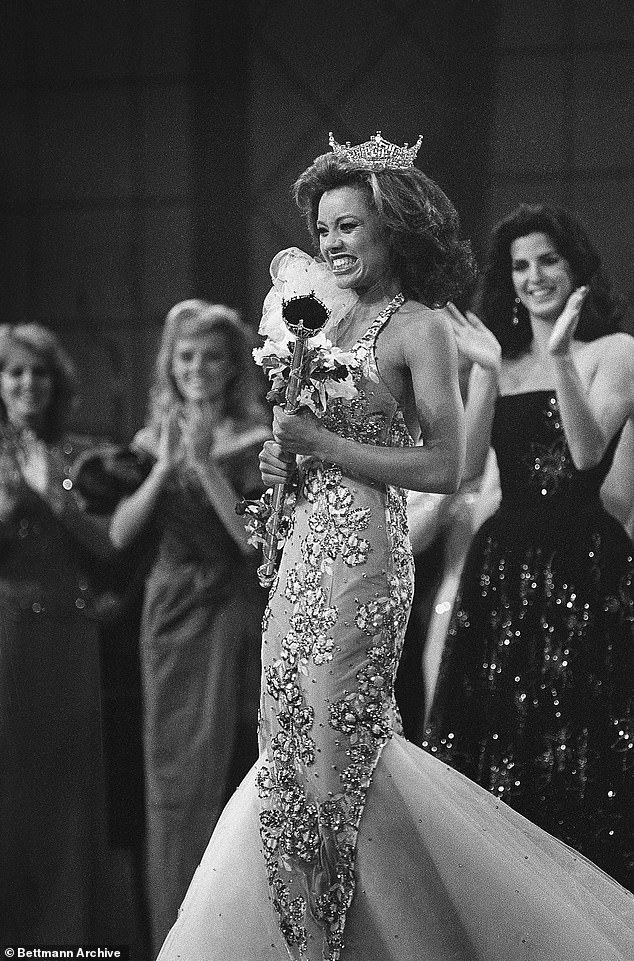 Challenged: The 57-year-old star made history when she became the first black woman to win the famous pageant but her triumph did not go down well with everybody

‘I heard a lot of noes, and all the people thought I would just disappear. And I thought, “Once the dust settles, you’ll get to know who I really am.” And, that’s how I live my life.’

In March the star was diagnosed with COVID-19 after returning from London.

The Ugly Betty veteran has talked to Dr Oz about how she dealt with the illness. 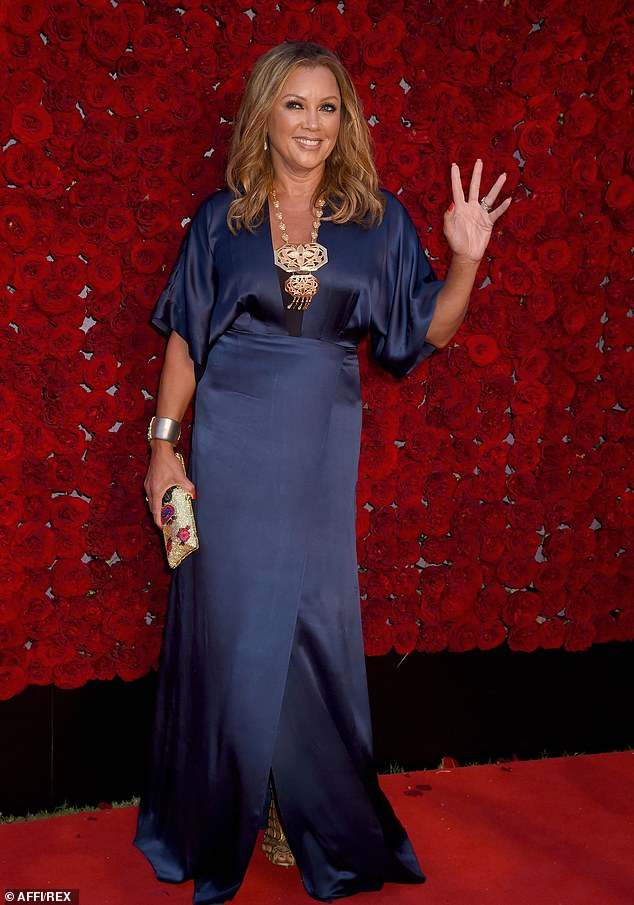 ‘I had the aches, I had gastro issues and severe headache. I had the dry cough,’ shared the mother-of-four.

The star had been in London for work in the spring.

‘When we closed down City of Angels in London, one of our castmates got sick that Sunday previous. We knew that it was starting to circle through us as a cast.

‘I flew home that Friday and by that Sunday I started to not feel well. Luckily, I just made sure that I did not want anything to happen in my lungs, so I got on the treadmill every day diligently.

‘I took a lot of Tylenol for my aches and pains. I took a probiotic because again, I wanted whatever it was to move through my system quickly and just listened to my body.

‘I had the aches, I had gastro issues and severe headache. I had the dry cough. But luckily I distanced myself from everybody, quarantined for 14 days. Nobody saw me and made it through on the other end.’

Earlier she had told Extra: ‘It’s not great, and you don’t really feel back into yourself for a solid two weeks, so I assume he’s still struggling.’ 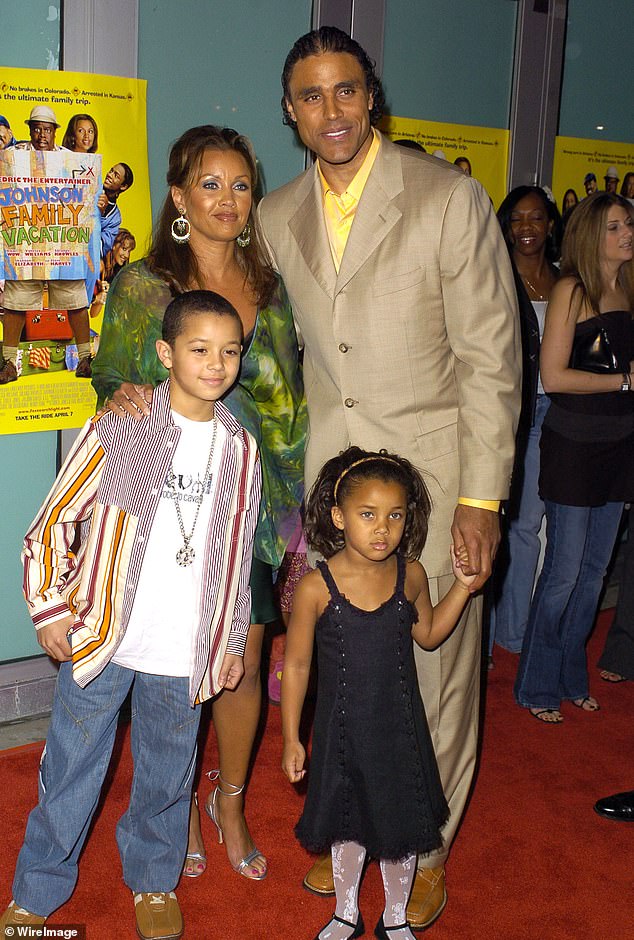 She was wed to a basketball star: The beauty with Rick Fox and their children in 2004

She also talked to Dr Oz about hair discrimination.

Dr. Oz said, ‘You’ve recently opened up about another journey that you’ve faced and this is a journey with your hair, which I really wanted to talk to you about, because this is not something that I had a lot of awareness of, but for a bunch of reasons, I’ve been learning about hair, so I’d love to hear you explain in your own words this journey of yours.’

Williams answered: ‘It’s all come to fruition with a movie that I’m in called Bad Hair, and with all the social unrest and people making assumptions, hearing people’s stories about their hair trauma and struggle and history has come to the forefront. ‘ 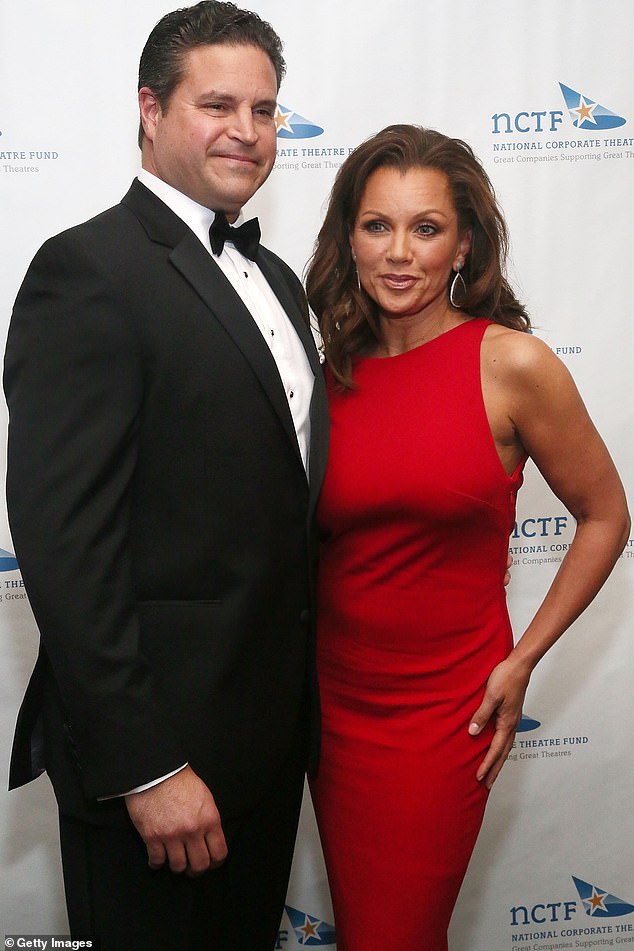 Her new spouse: The star is now wed to Jim Skrip; seen at the Pierre Hotel in 2013

The ex of basketball star Rick Fox added: ‘And so those are the kind of hair discriminations that you grow up with.

‘I started relaxing my hair probably when I was in fifth grade to make it more manageable. But also you wanted to fit in. So you get your hair relaxed and it’s smoother and you can do the styles that everybody else does because your hair seems to be more like everybody else.’

The former beauty queen also said she had an at-home hair mishap.

‘I’ve had some things that have happened,’ said the Eraser star.

‘One time I was taking a nice hot bath and there was a candle behind me. I smelled something burning and realized that my ponytail had been on the edge of the tub and started to catch on fire.

‘Luckily, I blew it out and it wasn’t a major incident. Especially working in the industry, you have to get used to wearing wigs because you want to save your hair because you’re doing the same thing over and over again.

‘It’s not a technical thing. It’s a workplace thing.

‘Again, there are so many options now. There are lace front wigs that save your entire head. There’s no shame in wearing a wig.

‘I mean, I know Tina Turner back in the day made wigs really popular back in the ’60s and ’70s. Wigs are back, hairpieces are back, ponytails are back. Again, scarves, hats, everything can be an option.’