Vanuatu has ordered the evacuation of an entire island home to 11,000 people as an erupting volcano threatened to explode.

Boats will spend the next week ferrying residents off Ambae where the Monaro volcano spewed lava, smoke, and ash since Sunday.

More than half the island’s population within 6.5km of the crater already fled to other parts of Ambae, but the government decided they could risk anyone’s lives.

Vanuatu has ordered the evacuation of an entire island home to 11,000 people as an erupting volcano threatened to explode 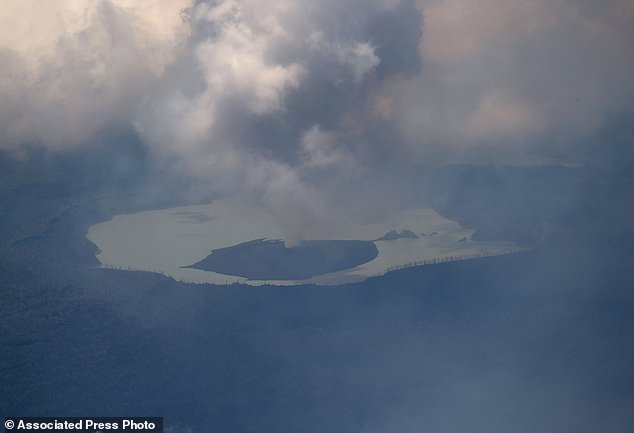 Boats will spend the next week ferrying residents off Ambae where the Monaro volcano spewed lava, smoke, and ash since Sunday

Ambae resident Lilian Garae said she could see ‘smoke coming out from the hills’ and hear regular booming noises from the volcano.

She said she was waiting to hear when she might have to leave her home and where she might be sent.

The 400sqm island is one of about 65 in the Pacific nation about a quarter of the way from Australia to Hawaii.

The activity measure of the volcano was raised last weekend to Level 4, on a scale in which Level 5 is a major eruption, and an emergency was declared on Monday. 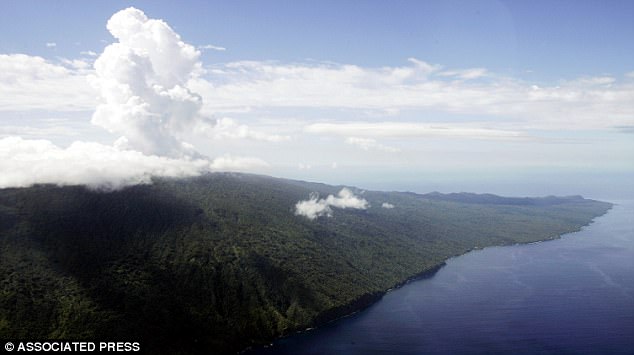 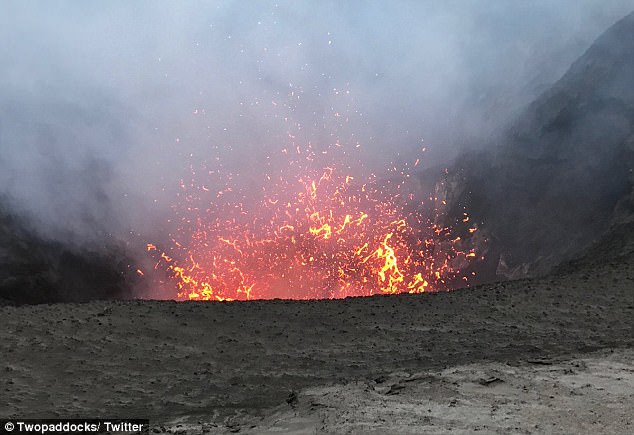 New Zealand’s military flew a plane over the volcano on Tuesday, and said huge columns of smoke, ash, and volcanic rocks were billowing from the crater.

Some residents have left the island voluntarily. For them, it’s a waiting game to see whether the volcano erupts or returns to normal activity that’s not a threat.

Officials said they had no real way of predicting what the volcano will do next and that evacuees will just have to wait it out.

The government said the evacuation will be carried out by boat and continue until October 6. He said residents will be moved onto nearby islands.

Officials were setting up two sites on Pentecost Island where evacuees would be housed in government buildings or in temporary camp sites. 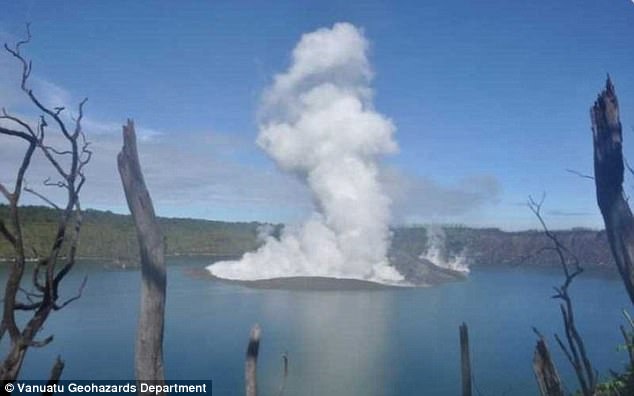 There are fears a major eruption may now occur, risking the lives of everyone on Ambae island. A total evacuation is now a very real possibility 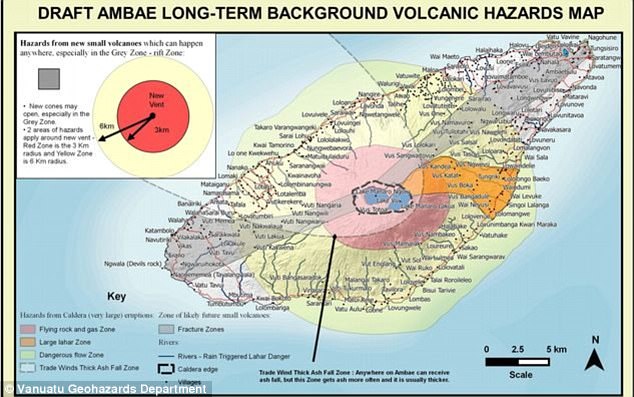 Vanuatu’s Meteorology and Geohazards Department said that villagers within 6.5 kilometers (4 miles) of the volcano face the biggest risk from airborne rocks and volcanic gas

Ambae island has long been volcanically active with an eruption in 2005 forcing about 3,300 people to temporarily flee their homes.

Dickinson Tevi, a spokesman for the Vanuatu Red Cross Society, said the relief agency has been shipping water and shelter equipment to Ambae island.

‘People are quite afraid with the sound of rumbling going on,’ he said. ‘They are very uncertain and afraid.’

Bule said the government had allocated 200 million vatu ($1.9 million) toward the evacuation effort and was deploying 60 police officers to help people leave and to ensure there was no looting.

‘We’ve prepared for cyclones by putting evacuation centers on the island but we are not ready for a volcanic eruption,’ Bule said.

‘The government has to put a policy in place to cater for this in the future.’ 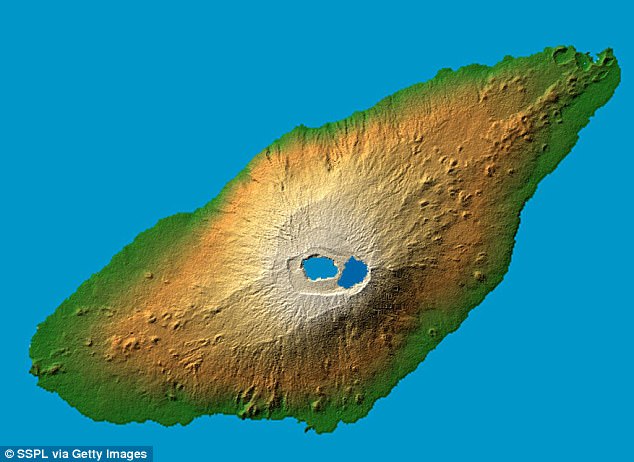 About 10,000 people live on the island and those in the north and south are most vulnerable

Vanuatu’s Meteorology and Geohazards Department has previously warned that people nearest to the volcano face the biggest risk from airborne rocks and volcanic gas and that acid rain could damage crops across a broader area.

Vanuatu is home to about 280,000 people and is prone to natural disasters, with a half-dozen active volcanoes as well as regular cyclones and earthquakes.

It sits on the Pacific’s ‘Ring of Fire,’ the arc of seismic faults around the Pacific Ocean where earthquakes and volcanoes are common.