The number of people seeking exorcism for demonic possessions is rising.

In April, the Vatican ran a training course for priests brought on by the increasing demand for exorcisms.

The clergymen were told the number of possessions was bought on by a decline in the Christian faith and easier access to Satanism and black magic through the internet.

Pope Francis also said that life can be ‘a constant struggle against the devil’ and people should ‘not think of the Devil as myth, a representation, a symbol, a figure of speech or an idea.

‘This mistake would lead us to let down our guard, to grow careless and end up more vulnerable’.

In the US, the number of priests that perform exorcisms has more than quadrupled from twelve to fifty in the last ten years.

One leading psychologist and professor at Columbia University has said he believes in possession and that many other mental health professionals agree with him but are ‘hesitant to speak out’. 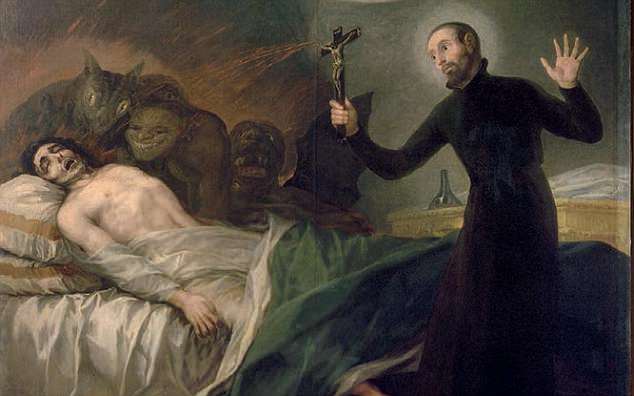 Dr Richard Gallagher assesses of cases of possible possession and judges whether a person is mentally ill or possessed.

‘There is very strict criteria for determining the person’s problem. I am not just intuiting. I’m dealing with it from a very scientific point of view,’ he told the Telegraph.

He said he has evaluated cases referred to him by  a range of religious leaders including priests, rabbis, and Christian ministers.

The professor said that his believes aren’t far from the American mainstream and that three-quarters of Americans believe in the Devil.