A document for a meeting of Catholic bishops from the Amazon, expected to evaluate ordaining elderly married men as priests for the vast region, says the Church should make ‘daring proposals’.

A preparatory document released on Friday also says the meeting, known as a synod, taking place in October 2019, should consider conferring on women in the area some ‘type of official ministry’.

The synod will include bishops and other representatives from the nine countries of the Amazon basin, including indigenous peoples.

The document re-states Pope Francis’ calls to protect the Amazon from business and consumer greed, saying its natural habitat is vital for the planet.

It calls for a solution to the lack of priests to say Mass for people in the area of more than seven and a half million sq km (more than three million square miles). 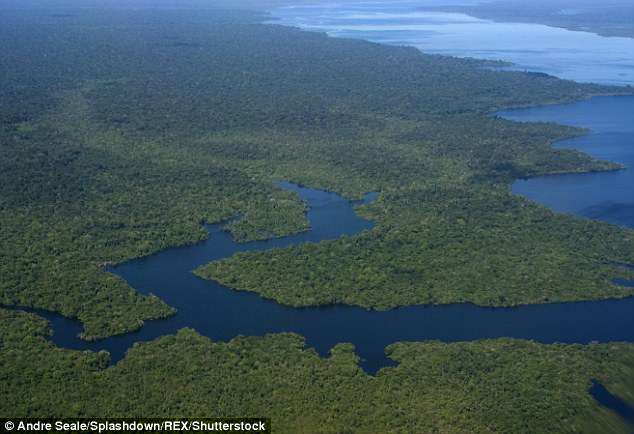 The synod will include bishops from nine countries of the Amazon basin, including indigenous peoples

‘One of the main points to be heard is the cry of thousands of communities deprived of the Sunday Eucharist for long periods of time,’ the document says.

Only priests can say Mass. The document calls for a ‘process of discernment’ within the Church to respond to the ‘concrete realities of the Amazonian people’.

It says the Church presence in the Amazon basin ‘has been spread precariously thin’ because of the vast territory and its cultural diversity.

The synod is expected to discuss the possibility of ordaining ‘viri probati’ – Latin for men of proven character – to deal with the shortage of priests. Such men would be elderly, outstanding members of the local Catholic community and with grown-up families.

Pope Francis, in an interview with a German newspaper last year, said he was willing to consider ordaining older married men as priests in isolated communities.

But he ruled out opening the priesthood to all married men or watering down the Catholic Church´s commitment to celibacy, seen as a virtue that frees priests to devote their lives fully to serve God.

Pressed by reporters at a news conference about ‘viri probati,’ Cardinal Lorenzo Baldisseri said: ‘The Church is not static … there is possibility of movement.’

But he urged patience and caution. ‘Let’s leave the time necessary for reflection about everything that is in here.’

Some Catholic scholars have said the approval of ‘viri probati’ in the Amazon may eventually pave the way for their use elsewhere in the world as a response to the shortage of priests.

The preparatory document also says that, given the size of the region: ‘It is necessary to identify the type of official ministry that can be conferred on women, taking into account the central role which women play today in the Amazonian Church.’

The document did not elaborate. It ended with a 30-point questionnaire in which members of the Church in the Amazon were invited to give their opinion of the main challenges facing the area. (Editing by Janet Lawrence)