‘When it comes down to taste, or suffering, suffering is not worth it’: Vegan ‘Cool Beans’ cafe will shut its doors rather than serve dairy milk

The owner of a vegan cafe says he has been left with no choice but to close down after several complaints from customers about it not being served dairy milk.

Owner Morgan Redfern-Hardisty has been offering only plant-based products since late July at the Mangawhai’s Cool Beans Cafe in the North Island of New Zealand.

He said at this point, it looked like his last operating day would be on Labour Day, October 22 in New Zealand.

The Cool Beans cafe is expected to close on Labour Day after refusing to serve dairy milk.

The Mangawhai Activity Zone Charitable Trust (MAZCT), which manages the commercial operations of the cafe, told Mr Redfern-Hardisty there were complaints about him not offering dairy products.

The trust warned the cafe owner that if he continued to refuse to serve non-dairy products, he could not renew his contract and would be forced to shut down his business.

After the Cool Beans Cafe refused to offer customers ‘a choice of additives when ordering coffee’, Trust chairman Colin Gallagher made the decision to close it down. 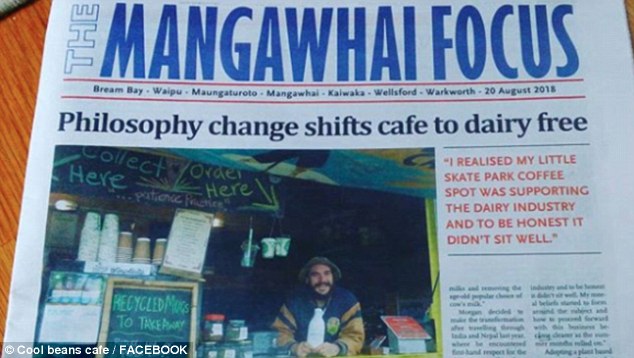 The council that owns the premise of the cafe has made the choice not to renew the contract.

‘That is where it ends for me,’ said Mr Redfern-Hardisty.

‘Some people have complained and it seems like I am not catering to everyone’s taste. When it comes down to taste, or suffering, suffering is not worth it.’

Redfern-Hardisty turned vegan three years ago after developing Crohn’s disease, a condition that causes inflammation to your digestive tract, which can lead to abdominal pain. 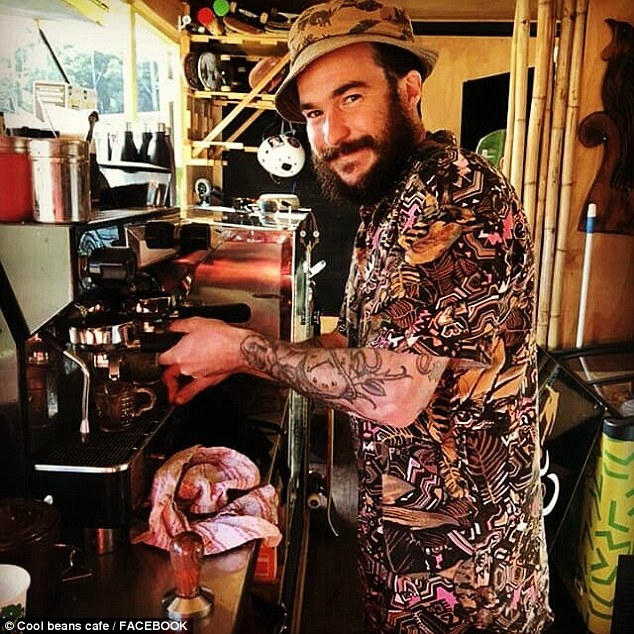 Redfern-Hardisty has been vegan for three years after after developing Crohn’s disease.

The owner said his intention for switching to plant-based products only was to reduce impact on the environment and to provide a healthy alternative. 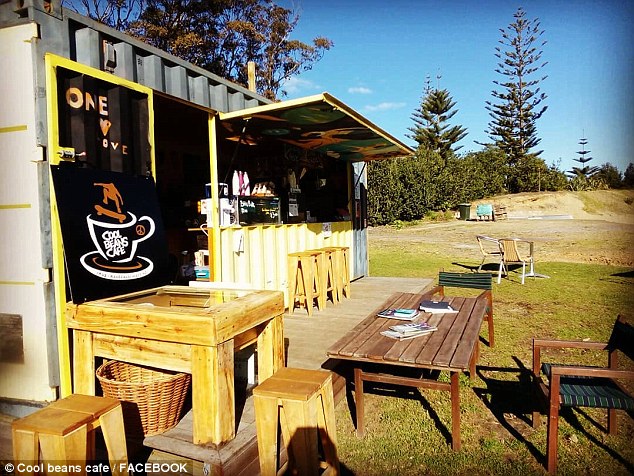 The cafe serves plant-based only products as a means to reduce environmental impact.