A vegan customer has sparked an angry backlash after she posted a picture of an udder-shaped glass which a cafe had served her oat milk in.

Jane Thurnell-Read had ordered a coffee at Sara’s Petite Cuisine in Topsham, Devon, and asked for a dairy alternative milk.

Yet after her oat milk arrived in a cow-themed glass, she could not resist sharing an image on social media.

She said: ‘Having coffee with a friend, my oat milk came in this jug! Waitress oblivious!’ 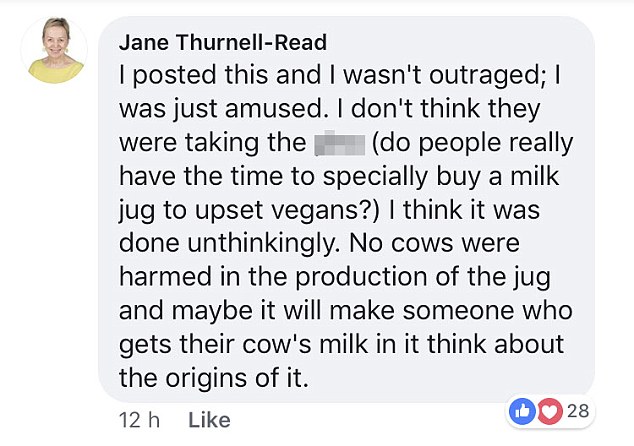 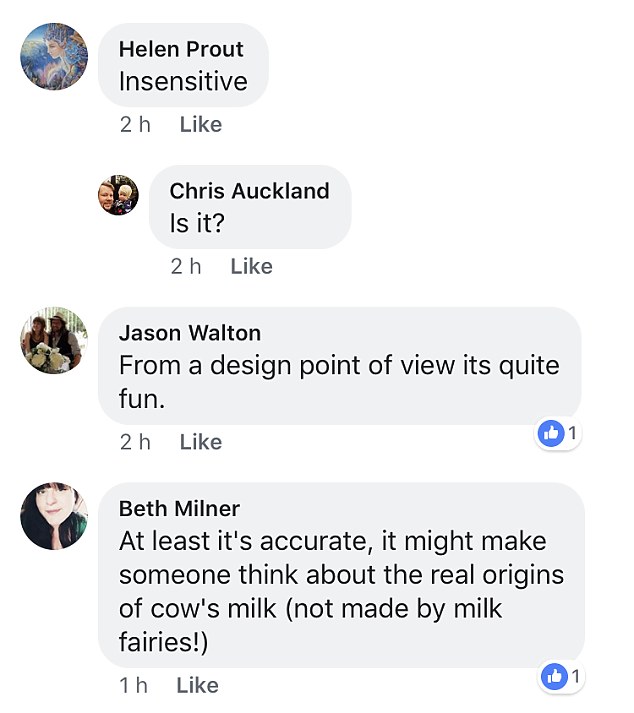 Dozens of people have since chimed in with their opinions, with one vegan saying: ‘Kicking off about s*** like this is why people hate us.’

Ms Thurnell-Read later clarified her own position, adding: ‘I posted this and I wasn’t outraged; I was just amused.

‘I don’t think they were taking the p*** (do people really have the time to specially buy a milk jug to upset vegans?)

‘I think it was done unthinkingly. No cows were harmed in the production of the jug and maybe it will make someone who gets their cow’s milk in it think about the origins of it.’

Her Facebook post has sparked debate about whether offering the drink in the cow-themed glass was insensitive or would actually help non-vegans think about where their milk comes from.

Some people saw the funny side of the milk  being served in the udder cup, while others called it ‘utterly vile’.

Kirsty Clark said: ‘Were they taking the piss or something?’

Page Karen added: ‘Urgh. Whoever thought that was a clever and whimsical design?!’

And Michelle Palmer Wheeler said: ‘Never seen anything so odd in my whole life. Did your friend and other customers have the same type of jug? If not then there’s a chance it was on purpose. 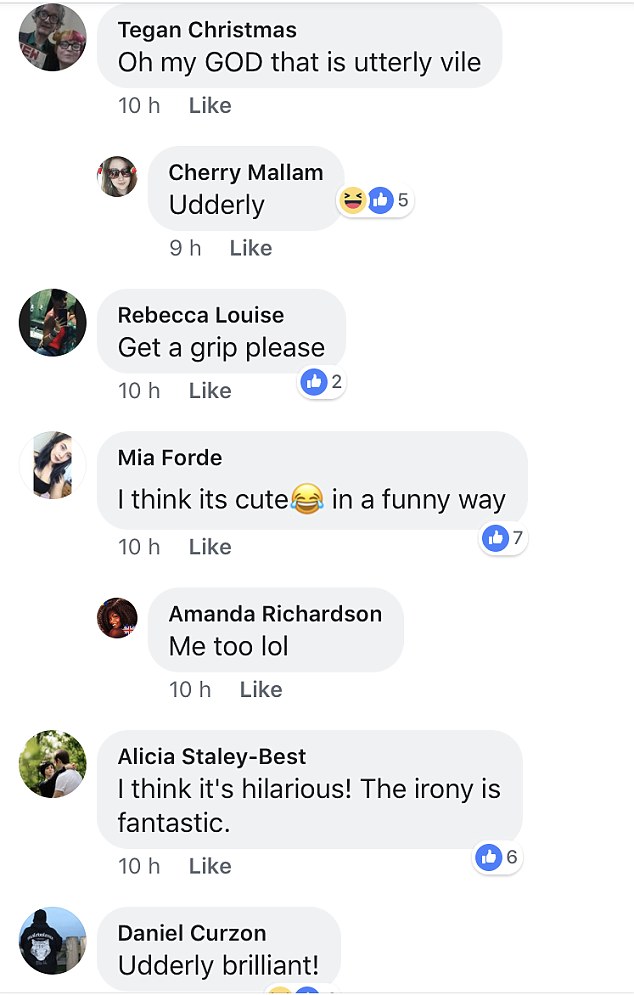 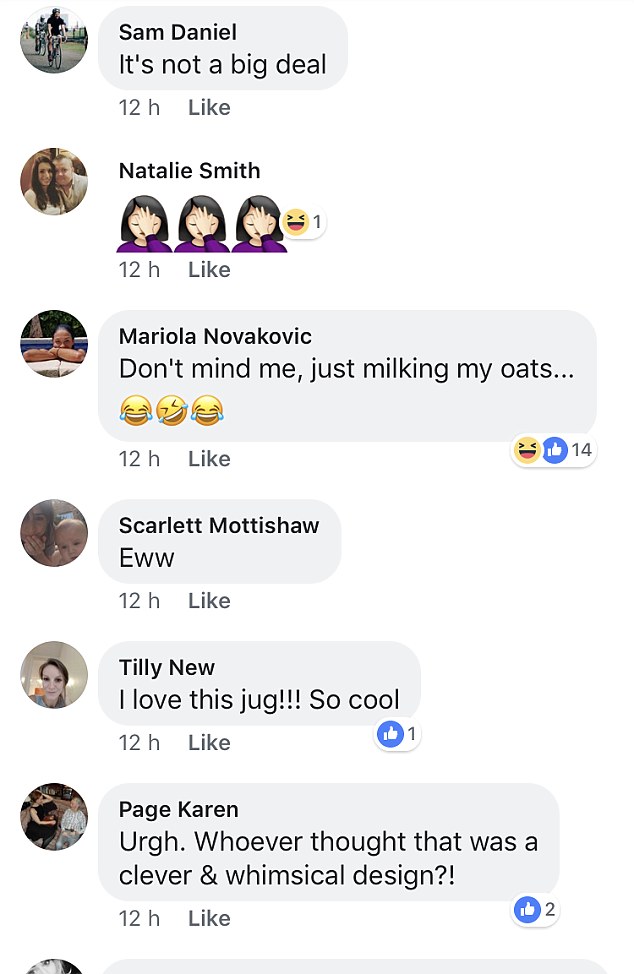 ‘I work in hospitality and in every single place I have worked, they would do this thinking they were funny.

‘Most hospitality places ridicule vegans and see us as a nuisance, even if, and especially if they cater for us.’

And Tegan Christmas said: ‘Oh my GOD that is utterly vile.’

Hannah Wilcox said: ‘The waitress probably has better things to worry about than whether your milk jug looks like boobs, like waiting all the tables…the kitchen hurrying her…getting everyones’ drinks…working 11 hour shifts…having to deal with complaints and never getting a tip.’

And she added: ‘I am a coeliac and vegan. Have been waitressing for 10 years or so and never known anyone to be a d***.

‘I think moaning about a mug is pathetic.’

Amanda Richardson said: ‘I’d be offended if she gave me cow’s milk, not offended about a glass.’

And Holly Barry said: ‘Jesus Christ lighten up. You can’t really be offended by this.’

Sara’s Petite Cuisine was founded by cake designer and pastry chef Sara Felix in 2017 and is already one of Topsham’s most popular cafes.

Sara was born in Portugal and raised in Plymouth and graduated from Ashburton Cookery School as well as training at the Peggy Porschen Academy in London where she successfully completed a decorating techniques diploma.

She said no-one had complained about their vegan milk being served in an udder jug, adding: ‘I didn’t know about it.’