Vegan YouTube star, 30, reveals he ‘ejaculated for the first time in months’ after eating salmon

A vegan YouTube star has revealed he ‘ejaculated for the first time in months’ after eating salmon following six years on a plant-based diet.

Tim Shieff, a vegan campaigner and world champion free-runner, released an emotional YouTube video last November in which he admitted abandoning veganism because he was ‘desperate’ to boost his health.

He went on to reveal the fish helped him orgasm – something he was struggling to do on his plant-based diet.

In a new video earlier this month called ‘Am I still vegan?’ Shieff detailed the health issues he faced while being vegan.

He revealed he was suffering with ‘digestion issues, depression, fatigue, brain fog, lack of energy,’ and ‘waking up stiff’ in his joints.

‘I couldn’t do push-ups without getting injured,’ he said.

He has since been forced out of the ‘ethical’ clothing company he founded after he confessed to ditching his vegan diet.

Mr Shieff told how he visited a local farm after completing a ’35-day water fast’, in which he consumed only distilled water. 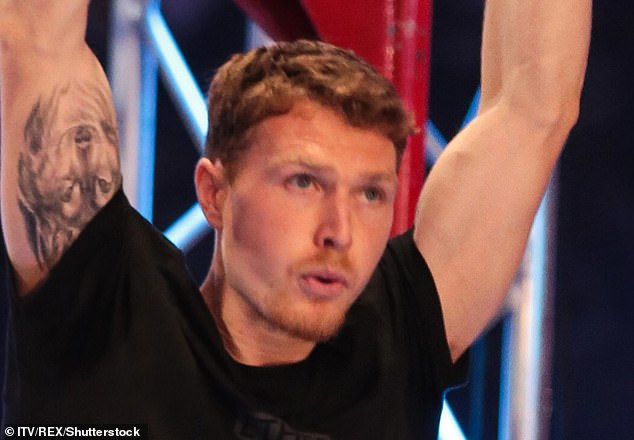 The 30-year-old, who has more than 180,000 subscribers, has used his online platform to promote veganism and extreme fasting and diets

Seeing chickens ‘running around, completely free’, he bought two eggs and ate them raw. ‘It sent me questioning everything,’ he said. ‘A few days later I bought some wild salmon and tried that.’

His confession prompted a fierce online backlash from militant vegans and an apology for his behaviour from his colleagues at ETHCS, the vegan clothing company he founded three years ago.

They said they were ‘hurt and let down’ by his admission but insisted it was their ‘duty to build Tim up again’.

Mr Shieff initially said he was returning to veganism but in the video earlier this month he disclosed that he has completely abandoned a plant-based diet.

This prompted ETHCS, whose name is purposely misspelt because it says there is no ‘i’ in ethics, to drop him.

The company told a vegan news website: ‘For a long time Tim had been an inspirational example for veganism, as well as a good friend who has inspired us all, but this lifestyle change was something none of us could get on board with.

‘We have all been proud vegans for many years, and promoting the vegan message and ethical lifestyle choices was very important to us all.

‘Considering ETHCS was founded on these same principles, we all agreed it would be best if Tim stepped away from the company. And in time Tim agreed too.’

Mr Shieff from Littleover, near Derby, has twice won Ninja Warrior, an ITV assault course game show, and has built up a huge online following by posting daredevil ‘freerunning’ videos of leaps and handstands on top of tall buildings. 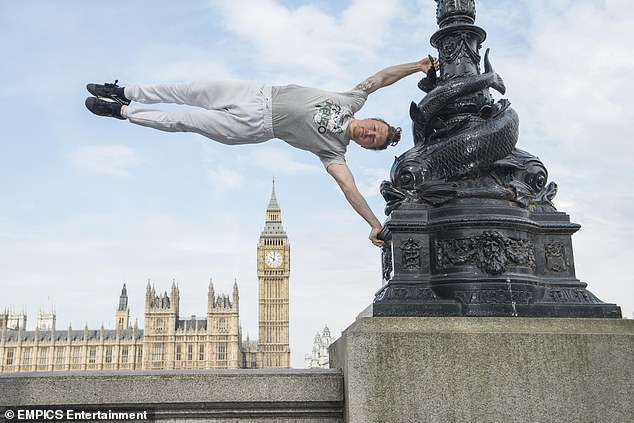 But he revealed he was suffering with ‘digestion issues, depression, fatigue, brain fog, lack of energy,’ and ‘waking up stiff’ in his joints

Six years ago Mr Shieff, whose YouTube channel has more than 180,000 subscribers, became a vegan and he has used his online platform to promote veganism and extreme fasting and diets, including drinking urine. He has drunk his own each day for two years.

He has previously said that going vegan takes ‘real bravery’. He told The Mail on Sunday that his departure from the company was a ‘mutual decision’.

‘I founded the company as a very passionate vegan. I have listened to my body and it’s guided me on another path for now and my beliefs have changed. My friends who I built the business with are all vegan and remain vegan, so they were shocked by it.’