A Las Vegas hockey team expected to challenge for a Stanley Cup was dealt a massive blow Thursday, when it was announced goaltender Robin Lehner would be out for the entire season.

In a statement on social media, the team said a hip injury that requires surgery was the cause of the absence.

The team did not say what caused the injury or if it was at a team event.

Lehner suffered from a shoulder injury at the end of the 2021-22 season that saw him undergo surgery and miss the last three games of the year.

The Golden Knights now head into the season with a tandem of Logan Thompson and Laurent Brossoit, as new acquisition Michael Hutchinson serves the role of the no. 3 option.

This is the second time in Lehner’s career that a hip injury shut him down for the season, with the last one occurring in his final season as a member of the Buffalo Sabres.

Prior to the injury, Lehner was about to enter year three of a five-year, $25 million contract he penned back in October of 2020.

Lehner is a two-time Jennings Trophy winner as part of the tandem that allowed the least amount of goals in the NHL – once with the New York Islanders and Thomas Greiss and the other time with Vegas and partner Marc-Andre Fleury.

He was nominated for the Vezina Trophy in 2019 as the league’s best goaltender, losing out to Tampa Bay Lightning netminder Andrei Vasilevskiy.

In addition to the season ending shoulder injury he suffered last campaign, Lehner dealt with a serious leg injury.

This serves as a serious blow to the Vegas Golden Knights, who entered the season with the 6th best odds to win the Stanley Cup according to BetMGM. 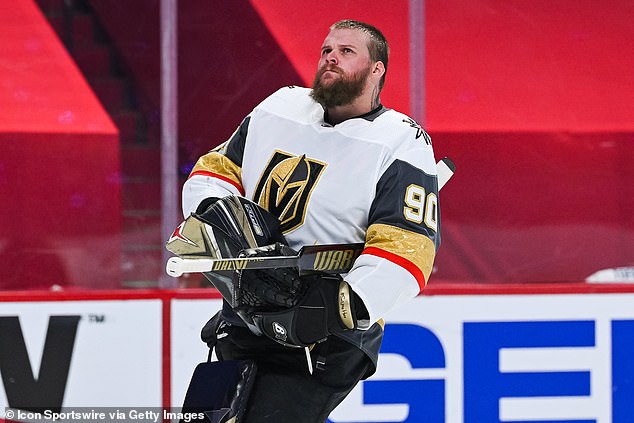