S**t hits the van: Vehicle’s windshield is smashed when rubbish bag filled with dirty nappies is thrown from a tower block in Malaysia

This is the remarkable scene after a bag full of dirty nappies was flung from a towerblock and smashed through a parked vehicle’s windshield in Malaysia.

The unoccupied vehicle was left littered with rubbish, including food waste, dirty nappies and sanitary pads, following the incident in the town of Ampang Jaya in the western Malaysian state of Selangor.

Photographs of the damage were posted on social media soon after last Tuesday’s incident by the sister-in-law of the owner. 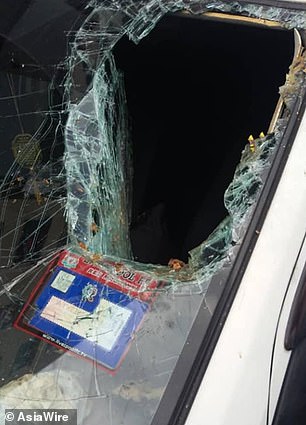 According to her Facebook post, Maizie Azrol immediately ran outside to inspect the vehicle after being tipped off by a neighbour.

She said the incident had been reported to the police but with no CCTV in the area it would be difficult to identify the culprit.

‘We don’t know who did this but somebody could have been killed,’ Mazie said.

‘We are just praying that they are caught. Whoever did this should still be living in the jungle.’

It is believed the bag of rubbish had been thrown from a 10th or 11th floor balcony in the block of flats.

Mazie said she believed the person responsible had simply been too lazy to dispose of their rubbish correctly.

Local residents said it was not the first incident of its kind and that the rear window of another car was smashed by a bag of rubbish a few days earlier. 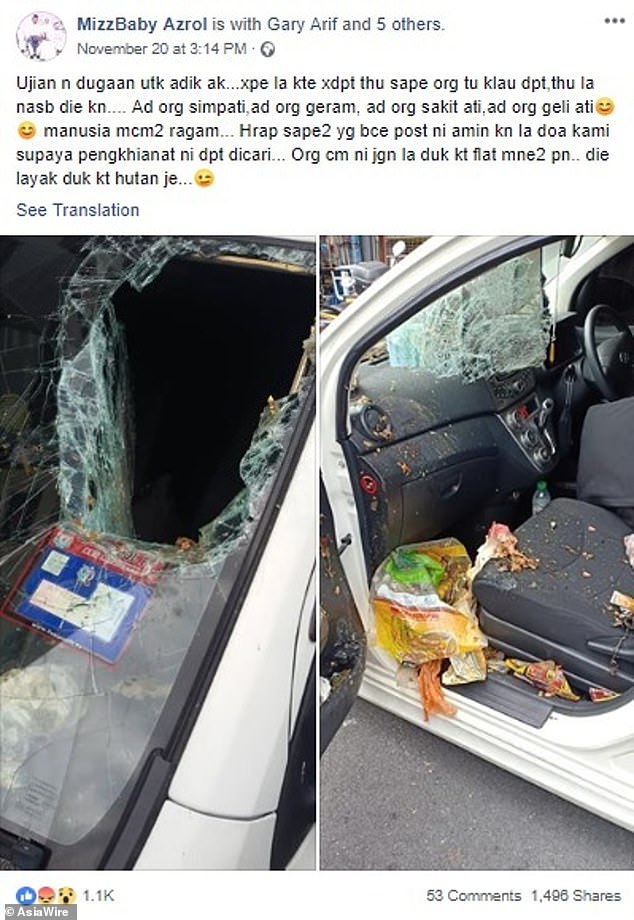