Venezuelan President Nicolas Maduro arrived in New York for the United Nations Assembly on Wednesday, less than 24 hours after he warned the Trump Administration: ‘do not mess with Cilia, do not mess with the family’.

The embattled leader issued the stern warning Tuesday night after the United States government placed a number of economic sanctions against those close to the Venezuelan leader, including his wife Cilia.

‘Today they issued a decree of sanctions against Cilia, her only crime is being my wife. Because they could not beat Maduro, they went after Cilia but they will not be able to defeat Cilia either because Cilia is a brave woman.’ 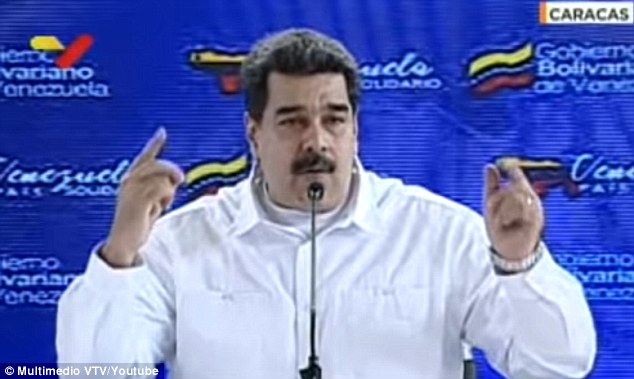 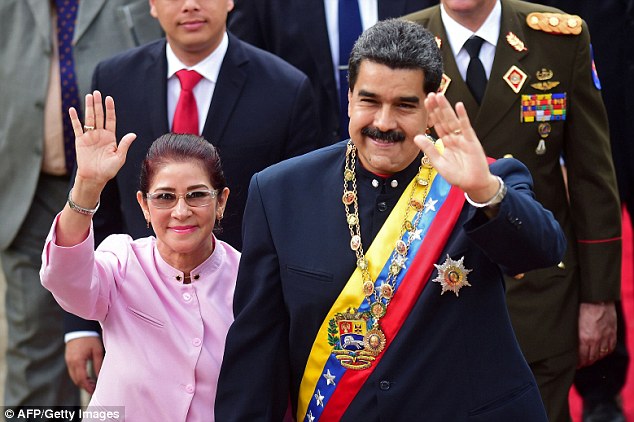 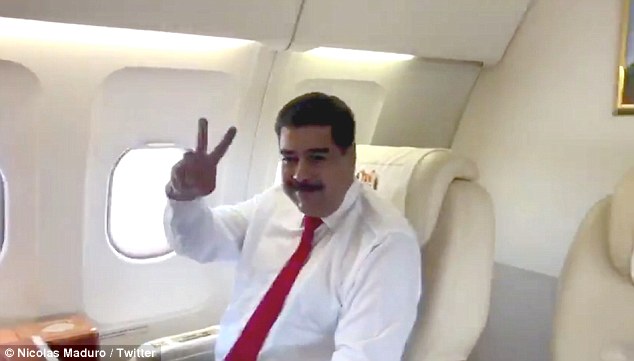 The crippling country’s Communications Minister Jorge Rodriguez and Defense Minister Vladimir Padrino were also involved in the sanctions that will have any assets or property in the United States seized.

This includes a Gulfstream 200 private jet located in Florida and owned by Rafael Sarria Diaz, named as a front man.

U.S. institutions are prohibited from doing business with them.

The U.S. government has placed the sweeping sanctions on Venezuelan government officials accused of corruption and drug trafficking. Since 2008, Washington has levied a total of 88 individuals.

Maduro already was hit with the same penalties on July 31, 2017, as was Diosdado Cabello, president of Venezuela’s National Constituent Assembly (ANC). 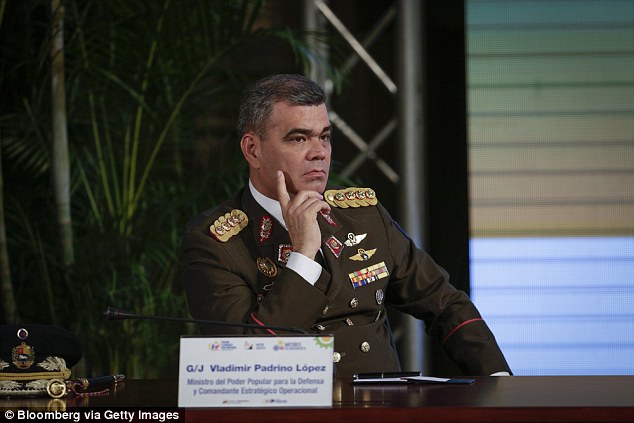 Vladimir Padrino Lopez, Venezuela’s Defense Minister, one of three leaders inside President Nicola Maduro’s leadership group that were included in sanctions imposed by the U.S. 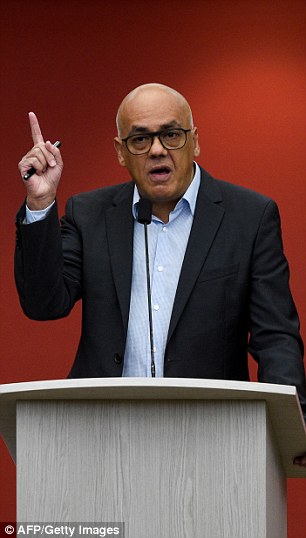 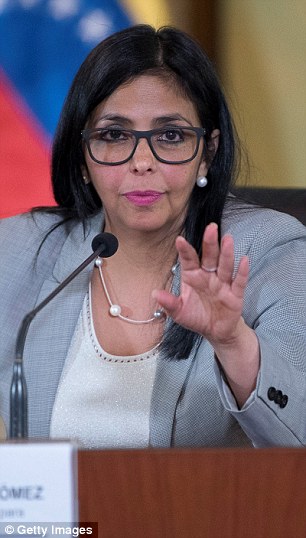 Minutes before landing in New York, an excited Maduro posted a video on his Twitter account exclaiming how he was ‘coming filled with emotion, passion and truths so that the entire world can know Venezuela is standing on its feet.’

It appeared unlikely, however, that Maduro would cross paths with Trump, despite the U.S. president’s comments earlier in the day that he was willing to meet with his Venezuelan counterpart if it would help ease suffering in the South American nation.

‘I’m willing to meet with anybody anytime I can (to) save lives, help people,’ Trump said as he was pummeled by reporters’ questions about whether the U.S. would ever intervene military to remove Maduro.

Maduro’s social media message is in sharp contrast to the actual conditions that the oil-rich nation has been dealing with.

It has struggled to operate under a destabilized economy that has seen its inflation sky rocket 200,000 per cent.

Venezuela’s health system has been in shambles, and common grocery goods such milk, rice, produce and meats are at a premium, thus causing nearby bordering countries in South America to struggle with the large influx of Venezuelans trying to flee what was once considered a prosperous country.

According to U.N. figures, about 2.3 million Venezuelans, or 7.5 per cent of the population, live abroad with many more fleeing poverty every day.

Before Maduro’s plane touched down, several neighboring countries took the Venezuelan leader to task, asking the U.N. to investigate Venezuela for alleged crimes against humanity.

‘To remain indifferent or speculative in front of this reality could be perceived as being complicit with the regime. We are not going to be complicit,’ said Paraguayan Foreign Minister Andres Rodriguez Pedotti, who was backed by the governments of Colombia, Argentina, Chile, Peru and Canada.