Venezuela’s Maduro is paranoid, isolated and is sleeping in a bunker as he clings to power country

Venezuela’s Maduro is paranoid, isolated and is sleeping in a bunker as he clings to power in his shattered country, says White House NSC official

Embattled Venezuelan president Nicolas Maduro cannot go out in public and is sleeping in a bunker as his grip on power slips, a top US official has said.

Mauricio Claver-Carone, the senior director of the White House National Security Council, told a conference in Bogota, Colombia, that Maduro is increasingly paranoid and can no longer trust his inner circle of advisers as those who were once loyal to him have moved their allegiances.

He also claimed the uprising called by opposition leader Juan Guaido that saw demonstrators take to the streets and clash with Maduro’s National Guard had not been a failure, despite it not successfully ousting the president from power.

Speaking at the Concordia conference in Colombia’s capital on Tuesday, Claver-Carone added that the ‘ambitions’ of some of the conspirators had led them ‘to become greedy’ and doomed the plot, according to the Miami Herald.

He also claimed the amount of Russian and Cuban backers Maduro has now surrounded himself with show the loss of support he has suffered since his country descended into chaos.

Venezuela’s President Nicolas Maduro delivering a speech to the troops during the march of loyalty in Vargas, Venezuela, yesterday 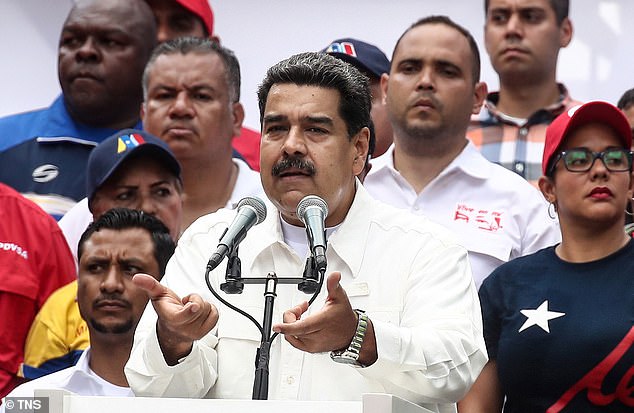 Venezuela’s President Nicolas Maduro speaking during a rally. He is said to have become increasingly paranoid as his grip on power slips 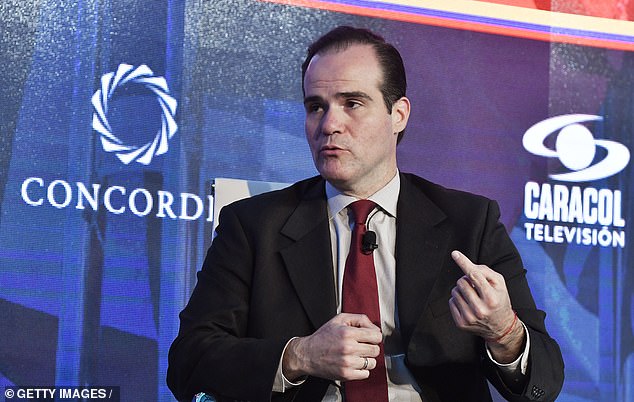 Claver-Carone, who is one of the Trump administration’s key national security advisers, said: ‘One of the positive elements [of the uprising] is that there were many people involved. And the amplitude of [the conspiracy] is much larger than has been reported.

‘I can count the people who support Maduro on one hand. If pro-Maduro sentiment existed, he wouldn’t have to be surrounded by Cubans and Russians.’

Despite a wave of support and the threat of high level defections, the coup failed after one of Guaido’s key allies got spooked by a last-minute change of plans and pulled out, according to the Washington Post.

Chief Justice of Venezuela’s Supreme Court, Maikel Moreno had agreed to pull the plug on Maduro’s rule by issuing a decree declaring his government illegal, giving the military a legitimate reason to join with Guaido. 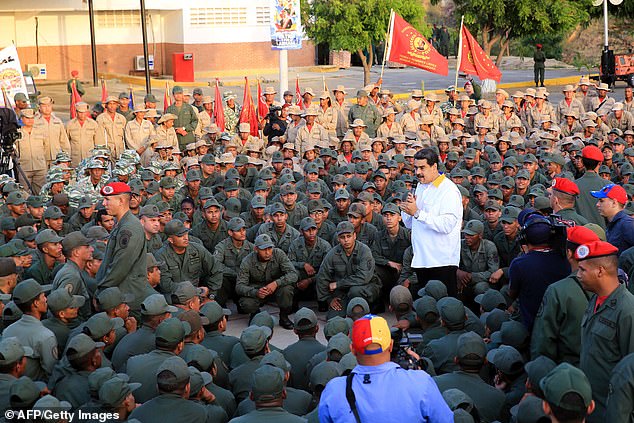 Maduro delivering a speech to his troops during the march of loyalty today in Vargas, Venezuela. He is said to be sleeping in a bunker after the coup attempt which began on April 30 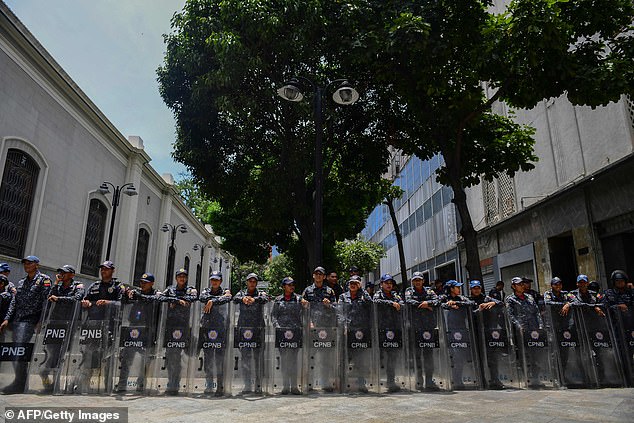 But at 1am on April 30 a series of messages forced the plotters to rush their scheme forward after it appeared Maduro was about to move against them.

Moreno stopped communicating and never issued his decree, even as Guaido went to the La Carlota airbase in Caracas to say Maduro had lost military support.

Moreno suggestion he should take over as interim president once Maduro was toppled also soured the deal, the Post reported.

On Sunday a Venezuelan general called on the country’s armed forces to rise up against President Maduro, who has relied on the backing of the military to hold on to power despite an economic collapse.

Ramon Rangel, who identified himself as an air force general, said the Venezuelan government is being controlled by the ‘communist dictatorship’ in Cuba – a key Maduro ally.

While Rangel’s pronouncement marked another blow to Maduro after a handful of similar defections by senior officers this year, there was little to indicate his calls will tip the scales against the president. 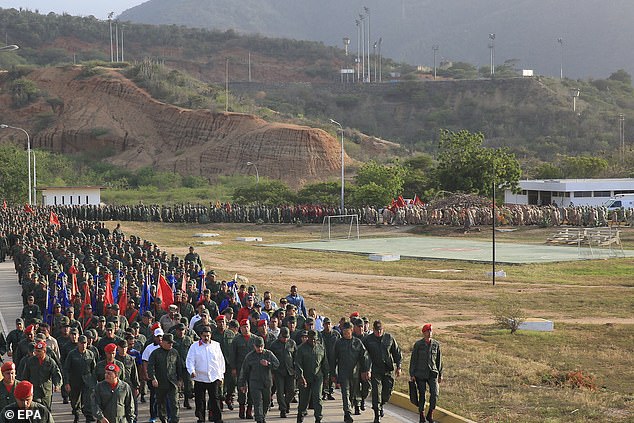