If passed, the bill would make Vermont the first state in the US to allow emojis as an option for car license plates.

The bill was introduced by state representative Rebecca White, a Democrat who represents a district in east central Vermont, along the border with New Hampshire.

According to White, the idea for the bill came from one of her constituents, who had seen a news story about a similar bill that passing in Queensland, Australia in 2019, making it the first city in the world to allow emojis on license plates.

For a fee of $340, Queensland residents can now order vanity plates with one of five different emoji options, including tears of joy face, sunglasses emoji, smiling emoji, winking emoji, and heart eyes emoji.

“He felt it would be a cool idea that could engage young people,” White told the Boston Globe.

‘I don’t know how much traction it will get. I think it’s a fun idea.’

White’s bill is as simple as it sounds, laying everything out in a single sentence proposing ‘to create a new special registration plate with the choice of one of six emojis in addition to the distinctive number assigned by the Commissioner of Motor Vehicles or the numerals and letters selected by the registered owner of a vehicle as a vanity plate.’ 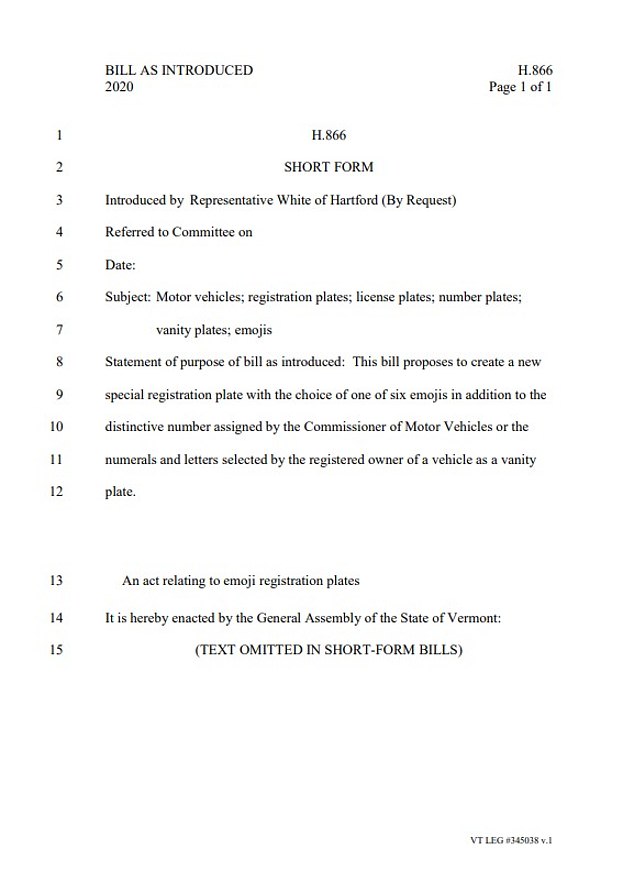 The simple bill sums up its whole premise in a single sentence, proposing to let drivers choose to add one of six unspecified emojis to their license plates 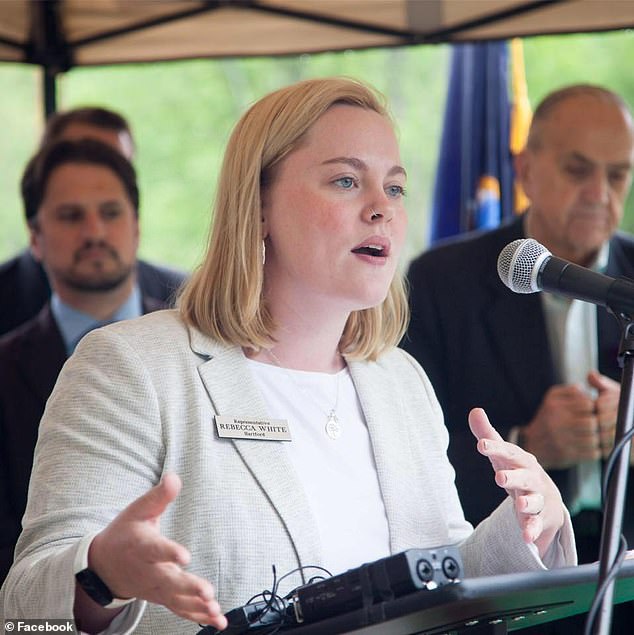 The bill was introduced by Democratic representative Rebecca White (pictured above), after one of her constituents suggested the idea. He was inspired by a news story about a similar program in Queensland, Australia 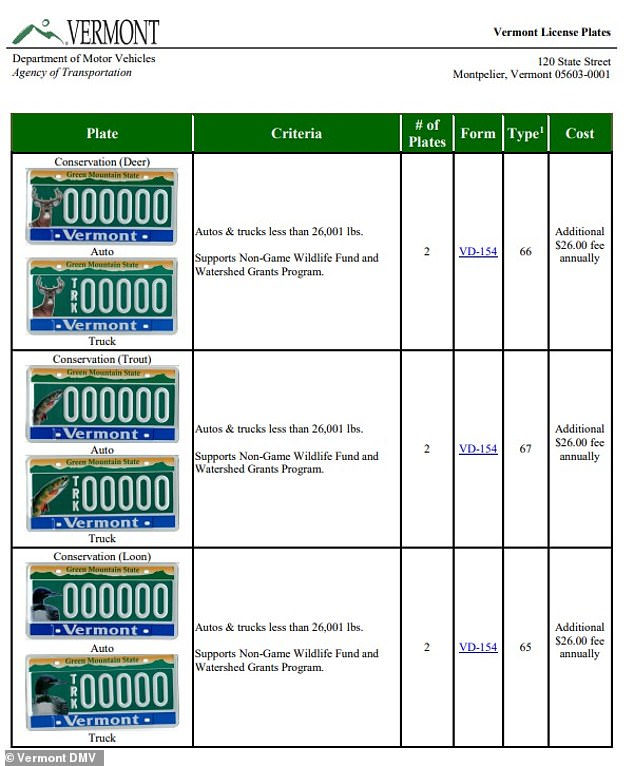 It’s unclear how the Vermont lincense plate would be amended to make room for the emoji, but that will likely be part of what’s discussed as the bill works its way through the House Committee on Transportation

The bill doesn’t specify which of 3,019 officially recognized emojis would be options, but presumably those details will be debated in the House Committee on Transportation, to which the bill was referred.

Previously, White had worked on a bill to raise the minimum wage in the state.

Though she had hoped to worked toward setting the new minimum at $15/hour, she and other Democrats settled on a compromise that will raise it from the current of $10.96/hour to $12.55 in 2022.

THE ORIGINS OF THE EMOJI

The goal was to develop a way for mobile phone users to send pictures back and forth without using much data.

It all started in Japan, when users started to send pictures as a way to communicate.

This was a time when mobile phones were young, so providers were already struggling to to support 80 million users.

The idea was to create a one character ‘code’ that would display as an icon on the other person’s device.

DoKoMo i-mode, a moble provider in Japan, was the first firm to allow users to add pictures of common used emoticons to their text messages.