Vernon Kay has been pictured looking less than impressed while waiting for his wife Tess Daly as she spent her Sunday shopping for new clothes.

The famous TV presenting couple, who have been married for 19 years, went on a shopping date as a quick breakaway while Tess continues her relentless schedule for Strictly Come Dancing.

‘Can you tell how much he loves shopping?’ Tess Daly poked fun at her husband Vernon Kay during a shopping spree – posting snaps on Instagram on Monday

Wearing his slick chocolate brown hair pushed back, he matched with his wife Tess, 53, by wearing a quirky pair of big sunglasses, with yellow lenses and black rims.

Blonde bombshell Tess wore a velvet teal pant suit with a bright turquoise blue blouse underneath, finishing off the chic look with a pair of white and dark grey sneakers.

On her arm she held a glamourous white leather handbag with a gold chain hung over the front, finishing off the look with her stylish beige sunglasses.

She wore her blonde tresses in their natural straight form and kept a side parting. 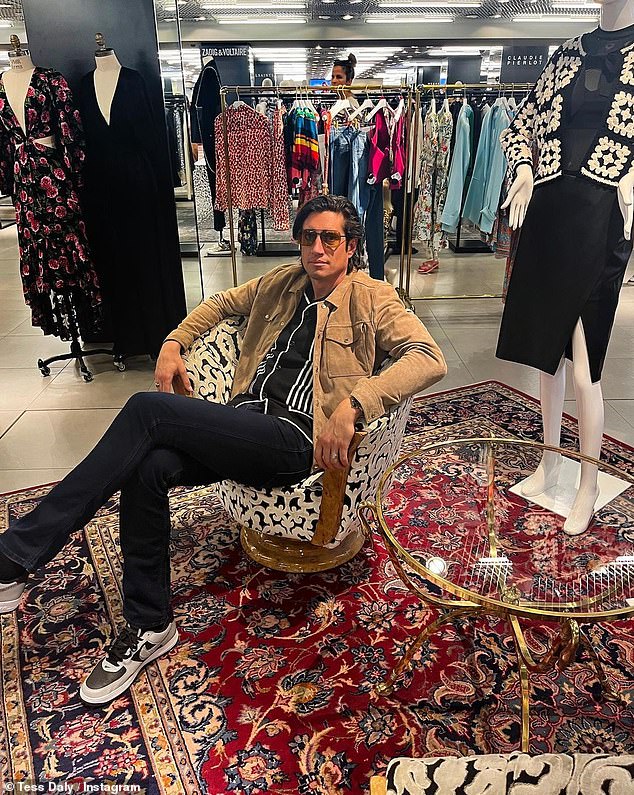 Boring! Vernon was pictured looking less than impressed while waiting for his wife Tess Daly as she spent her Sunday shopping for new clothes

The pair beamed with their smiles as they walked down the street in their fashionable outfits.

Vernon looked bored out of his mind as he waited on a rather fancy looking arm chair, surrounded by rails of designer clothing and mannequins.

Making reference to the uninterested look on his face, Tess captioned the Instagram post: ‘Sunday strolls with this one (can’t you tell how much he loves shopping).

It comes after Vernon exclusively told MailOnline that he doesn’t want his children to live off his and wife Tess’ fame, insisting that they form ‘their own careers’.

Vernon says himself and Strictly host Tess, 53, believe it’s important for their offspring ‘to find themselves’ and not be given their ‘life on a plate’, crediting the pair’s Northern backgrounds for shaping their parenting beliefs. 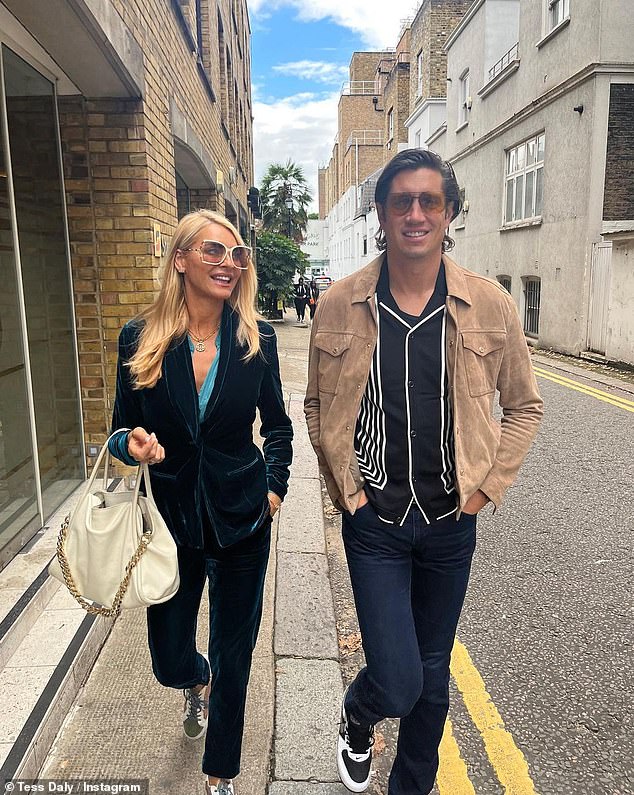 The TV presenter, 48, told MailOnline he’s currently looking at drama schools to send eldest daughter Phoebe, 17, where she can combine her passions for acting and business.

And unlike some showbiz couples, Vernon said: ‘We let them be independent when it comes to them and their futures because it’s important that you allow them to find themselves, which is character building and personality development.

‘Sometimes I think that the old silver spoon and life on a plate in front of them… I think that’s quite contradictory to how you want them to be.

Tess and I grew up in hearty, wholesome Northern families and that’s a huge trait that helped us in our personal development and I think that’s really important.’

He added: ‘I don’t disagree with anyone that does that by helping their kids, which is great, but I just think sometimes for us, personally, it’s whatever they’re into, they can go and discover themselves.’ 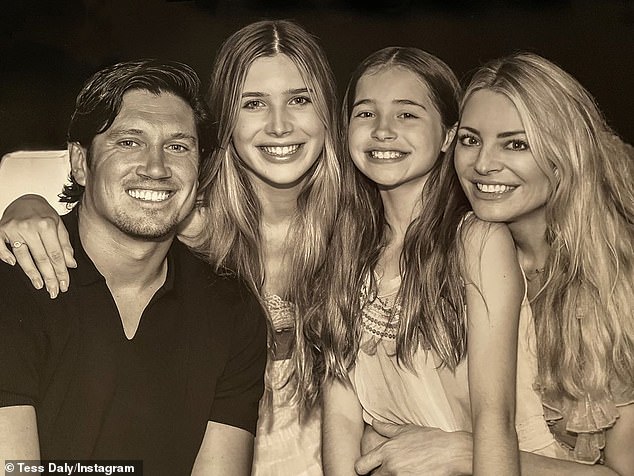 ‘We let them be independent’: Vernon Kay doesn’t want his children to live off his and wife Tess Daly’s fame, insisting they form ‘their own careers’

Vernon and Tess, who also share daughter Amber, 13, live together in their family home in London, having originally hailed from Bolton, Lancashire.

He says he’s embracing ‘every minute’ his kids are at home as he admits the pair are growing up fast.

He explained: ‘It’s weird that Phoebe will soon be leaving home because it only feels like two minutes they were both in nappies.

‘It’s such a cliché and you don’t take it on board at the time but both our parents told us to enjoy every minute and take lots of photographs because tomorrow they’ll be at university and leaving home.

‘You think ‘yeah, that’s 18 years away’ and in a click of a finger it’s there in front of you and you’re going through university applications, different courses that she could possibly do, and options she could take and it’s like wow it’s just rolled upon us so quickly.’

Indeed, he says his daughters are now so grown up they don’t even watch Strictly together anymore, only tuning in to see what Tess is wearing. 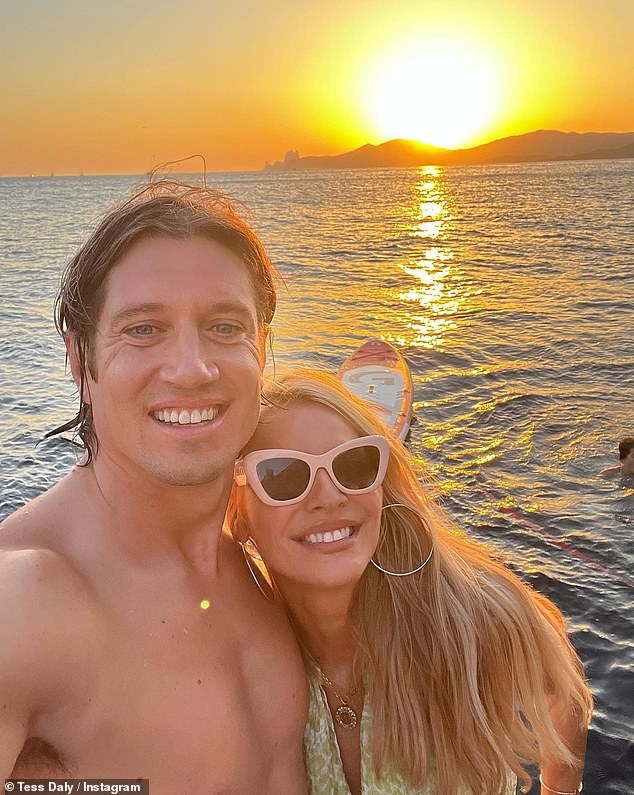 Taking a break: It comes after Vernon exclusively told MailOnline that he doesn’t want his children to live off his and wife Tess’ fame (the pair pictured on holiday in Ibiza this summer)