Verona 1-2 Udinese: Beto and Jaka score to hand Udinese comeback win to move up to third in Serie A

Goals from Beto and Jaka Bikol helped Udinese fight back from a goal down to beat Verona 2-1 at the Marcantonio Bentegodi Stadium on Monday night.

Scottish defender Josh Doig fired the hosts in front with a superb volley mid-way through the first half.

But the Serie A strugglers were unable to hold off a relentless Udinese who hit back in the second half thanks to Beto in the 70th minute before Bijol headed the winner in injury time. 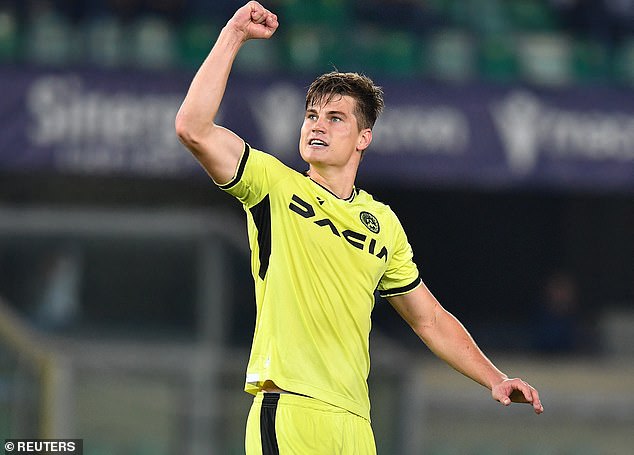 Udinese move up to third with the win which signals their sixth-consecutive win and face second-placed Atalanta on Sunday.

Verona remain in 18th place with just five points on the board from their opening eight games.