A United States Air Force veteran collapsed live on television during an episode of Antiques Show when he realized a Rolex watch he never wore left him $700,000 richer.

On Monday evening’s episode,  the unnamed veteran is given the news that the Rolex he bought for less than $400 in the 1970s has left him with the windfall.

The dramatic footage, filmed in Bonanzaville in West Fargo, North Dakota, shows the man diving to the floor and flailing his arms as he’s told the news.

Coming into a win! A veteran (right) was told on Antiques Roadshow that the Rolex he had bought for less than $400 in the ’70s and never wore is actually worth up to $700,000 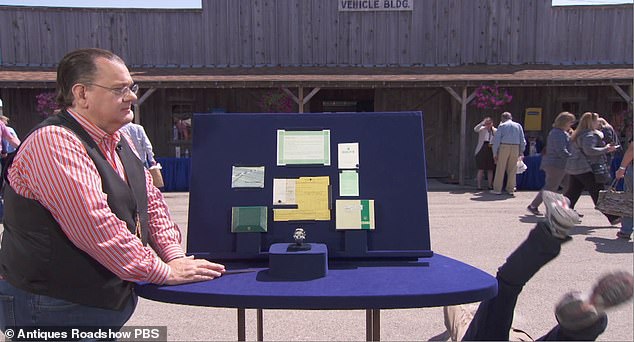 The footage shows the dramatic moment the veteran of the United States Air Force collapsed on Monday evening’s show filmed in Bonanzaville in West Fargo, North Dakota, when he was told of his unlikely win 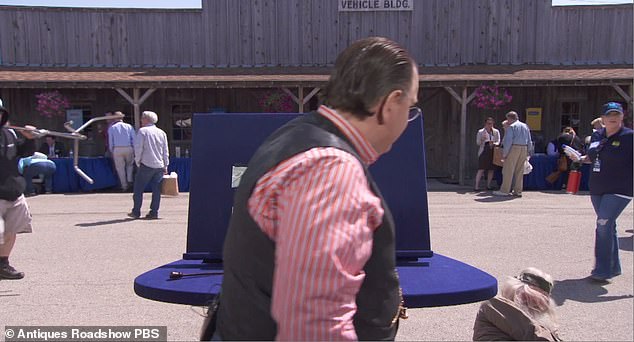 ‘You gotta be sh—-g me. Unbelievable,’ he said, after hearing the shock news. The bemused appraiser (centre) told the owner he didn’t think there was ‘a better one in the world’ 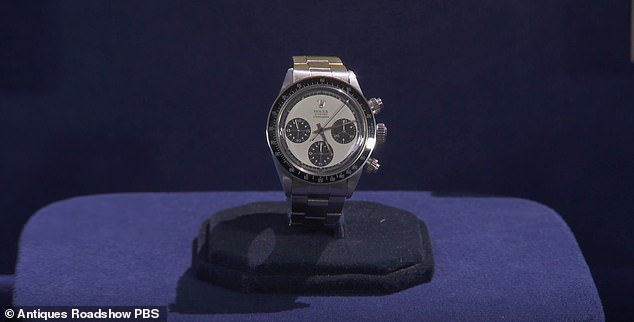 The veteran said he bought the Rolex (pictured) when he was a member of the air force and was stationed in Thailand in the ’70s. He had noticed commercial airline pilots wearing Rolex watches and had ‘assumed it was a respected brand’

As he heard the news, the veteran collapsed to the ground, waving his arms and legs in the air.

‘You gotta be sh*****g me. Unbelievable,’ he said, after he managed to get back to his feet.

And the shock news wasn’t over yet.

‘In this condition, I don’t think there’s a better one in the world,’ the appraiser told the delighted owner of the watch.

‘I can’t thank you enough for bringing me one of the greatest watches to ever see on ‘Antiques Roadshow’ and thank you very much for your service.’

The man had brought the timepiece to the show to get it valued by the team.

He said he bought the Rolex when he was a member of the Air Force and was stationed in Thailand in the ’70s.

He had noticed commercial airline pilots wearing Rolex watches and had ‘assumed it was a respected brand’.

When he was looking to purchase a watch he could wear scuba diving a few years later, he was inspired by the pilots he had seen and ordered the Rolex Oyster Cosmograph Reference 6263 from his base’s exchange for the grand sum of $345.97. 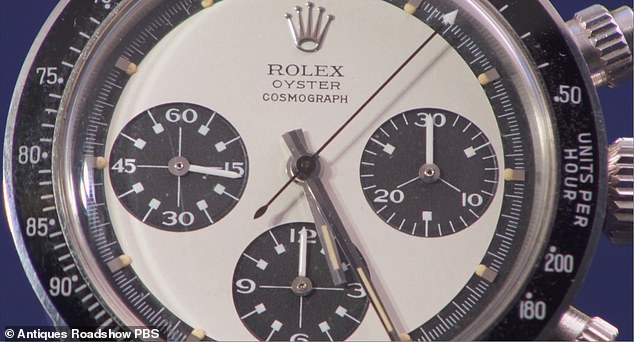 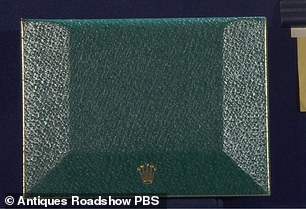 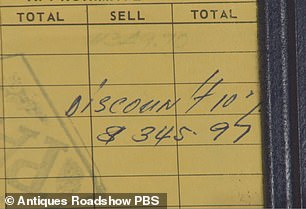 The Rolex Daytona gathered dust for the last 45 years in its box (left) and with its paperwork (right) in a safe deposit box, being taken out only occasionally to admire its beauty and craft 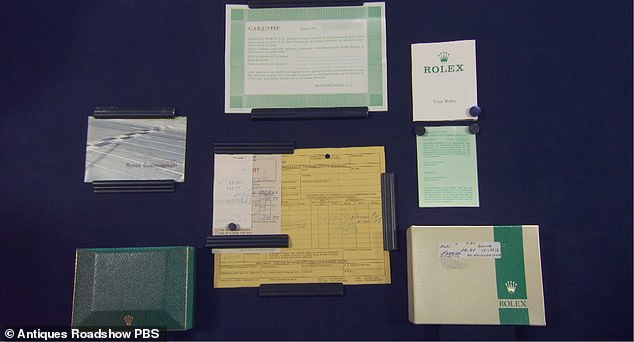 The owner presented the watch, along with its original packaging, paperwork, receipts, and warranty documentation that was never filled out (above)

Though this sounds like a steal, back in 1974 this would have been around a month’s pay packet for the soldier.

But the Rolex Daytona as barely been worn as the veteran he decided it was ‘too nice’ to dive in – or even to wear at all.

The veteran described how instead of wearing it, the luxury timepiece then gathered dust in a box in a safe deposit box for the last 45 years- although, he did take it out occasionally to admire it.

He said that when he took it to Antiques Roadshow to get it valued he had no idea of its worth.

He presented the watch, along with its original packaging, paperwork, receipts, and warranty documentation that was never filled out.

The antiques expert said that because it is in brand new condition, with a foil label that usually rubs off over time still on the back of the watch – and because the particular model is similar to the one worn by Paul Newman in the film Winning – it is a particular favorite of collectors.

In fact, he said that it is even slightly better and more rare than the watch in the film because it has improved water resistance and the word ‘Oyster’ engraved on the face.

It is not known whether the veteran has decided to sell the timepiece or keep it.

But one thing’s for sure: it’s worth keeping an eye out for those long-forgotten hidden treasures. 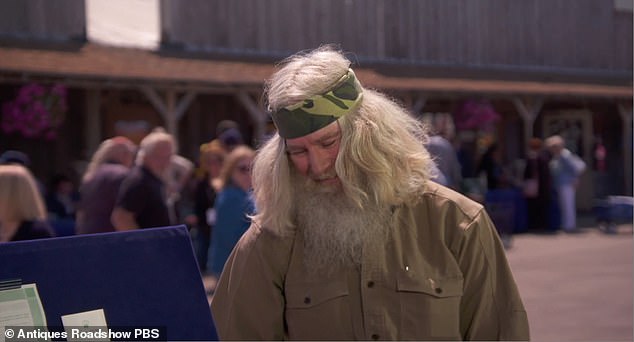