A veteran Conservative MP has admitted he once ‘blacked up’ as soul singer James Brown at a fancy dress party.

Sir Desmond Swayne refused to apologise over the costume and went on to defend Canadian Prime Minister Justin Trudeau over his ‘Arabian Nights’ outfit.

Unlike the Canadian politician, who apologised after the pictures emerged, Swayne, 63, said he was just trying to be ‘as authentic as possible’ at a Blues Brothers party and has ‘no intention’ of apologising for it.

However, he today said he would not do it again – but only because of the ‘trouble’ of getting clean again.

In the bizarre post on his blog in which he admitted dressing as the black singer, the MP for New Forest West, Hants, also lashed out at political correctness, adding the best response is to ‘laugh at it’.

He said: ‘I suspect that Justin Trudeau’s cringing apology for blacking himself ‘blinded by his own white privilege’ has done him rather more harm than the original offence.

‘It was a themed ‘Arabian Nights’ fancy-dress party for heaven’s sake! 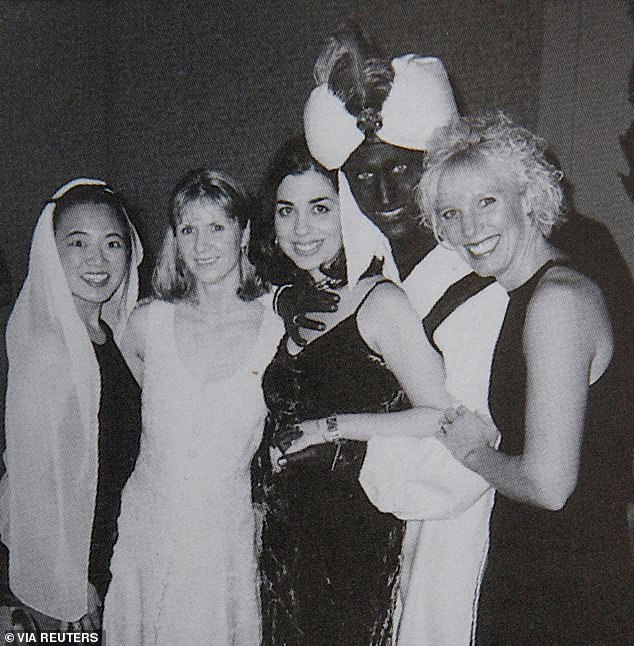 ‘It comes to something when you can’t dress-up as Aladdin without attracting the opprobrium of the ‘great and good’.’

He added that he would have done better to have said it was an entirely acceptable ‘bit of fun’ and refused to apologise.

‘I once went to a ‘Blues Brothers’ themed fancy-dress party as James Brown. I went to some trouble to be as authentic as possible. 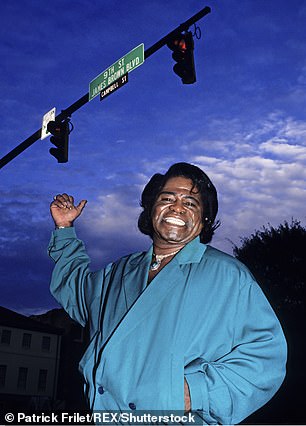 ‘I can assure readers of this column that I have no intention of apologising.

‘Constituents often write to me having been infuriated by some latest absurdity of political correctness. I tell them that the best response is simply to laugh at it.’

The former economics teacher and Major in the British Army also criticised an academic conference at Roehampton University at which delegates wore badges letting others know whether they were happy to talk to each other.

He said: ‘Here’s one to amuse. Last week, academics attended a conference at Roehampton University.

‘[It was] entitled ‘Thinking beyond Transversal Transfeminisms’ and [they wore] badges informing each other if they were happy to chat, or prefer not to be spoken to at all.

Today, Swayne said he would not black up again, but not because of the offence it causes.

Asked if he could see the issue with the practice, he said: ‘No one has complained to me about it.

‘The reason I wouldn’t do it again is because you have to go to some trouble to get it off. It’s not a non-trivial exercise.’

Sir Desmond told MailOnline: ‘I don’t really want to add anything to what I’ve said.’

He added: ‘I don’t make a habit of fancy dress parties. I go once every two or three years, someone invites you to one. This was a few back.’

Asked whether there was any pictorial evidence, he said: ‘Unfortunately not.’

Just last year Sir Desmond said he had been ’embarrassed’ after falling asleep during a commons debate, where Ken Clarke had been addressing the house.

He said he had dozed off for just 30 seconds and that images which then circulated of him resting his head on Mr Clarke were ‘horrible’.

The debate had been the 11th on the EU Withdrawal Bill.

Sir Desmond had previously served in Iraq and said he had taught himself to catnap due to limited opportunities to rest.