Pet owners are being warned of a surge of a highly contagious virus which can kill dogs and is spread through faecal particles.

Parvovirus is a stomach bug which infects dogs and leads to severe vomiting, diarrhoea and dehydration and, if left untreated, death.

Vets Now, an emergency service for ill animals in the UK, has seen a 129 per cent spike in parvovirus cases in the first three months of 2021 compared to last year.

Effective vaccines to the virus exist but almost half of dogs (45 per cent) are behind on their jabs due to lockdown delays, according to separate research.

Vets are now urging pet owners to make sure they do not fall behind on their pet’s jabs and to take caution when out and about to avoid potential sources of infection.

Pictured, Paisley the black Labrador puppy who was struck down with parvovirus despite having had the first vaccine,. The puppy survived after a week-long stint in a specialist intensive care clinic

Lockdown saw a dramatic increase in the number of people seeking canine companionship and adopting or purchasing dogs.

However, criminals and morally inept breeders seized this opportunity to profit and raised animals in poor conditions rife with disease and a lax approach to vaccination.

Mother-of-two Annemarie from Glasgow bought a Pomeranian crossbreed puppy online as a present for her two daughters earlier this year.

However, the dog soon fell ill and vets found the dog was infected with parvovirus – also known as parvo – and had to be euthanised.

Dogs are supposed to get their first vaccine against parvo when they are between six and eight weeks old, and a second jab less than a month later. 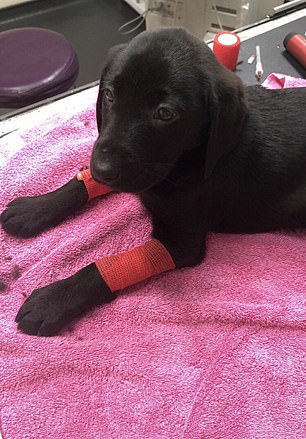 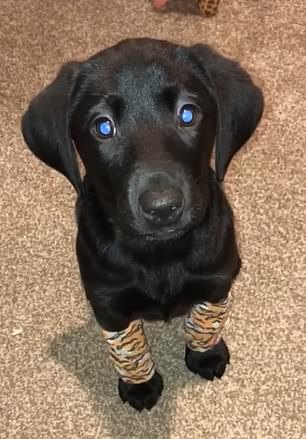 Cathy Ball, a veterinary nurse, got herself a new puppy, a tiny black Labrador called Paisley (pictured), in lockdown who had already had her first parvovirus jab. But two as before the booster shot, the dog became ill

Owners are also encouraged to book their pet in for booster jabs every year for the rest of the animal’s life. Parvovirus vaccines are given every three years but protection against other diseases, such as Leptospirosis, ae needed annually.

Edward Davies, Chairman of the UK Clinical Board at My Family Vets, says the lockdown puppy boom and the pandemic has led to delays in booking jabs.

‘The potential resurgence of parvo has been quite a worry during this time,’ he says.

‘I cannot stress enough just how important it is for pet owners to get their pets vaccinated and we can hopefully prevent this becoming a problem for pet owners across the UK this year.’

Parvovirus affects thousands of dogs every year and infectious particles are spread by faeces.

Direct contact with an infected animal excrement or anything the waste has touched can lead to transmission. 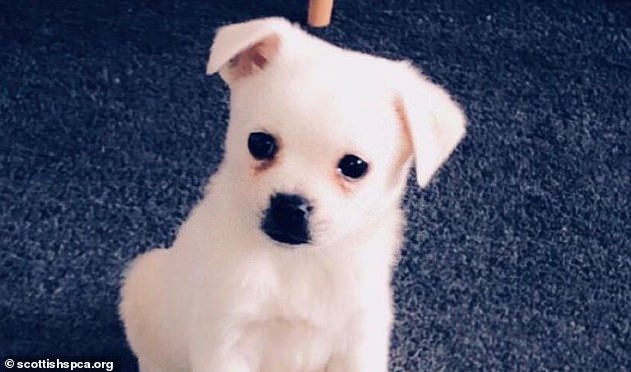 Mother-of-two Annemarie from Glasgow bought a Pomeranian crossbreed puppy Angus (pictured) online as a present for her daughters, aged six and 11 years old. The dog contracted parvovirus and soon after died 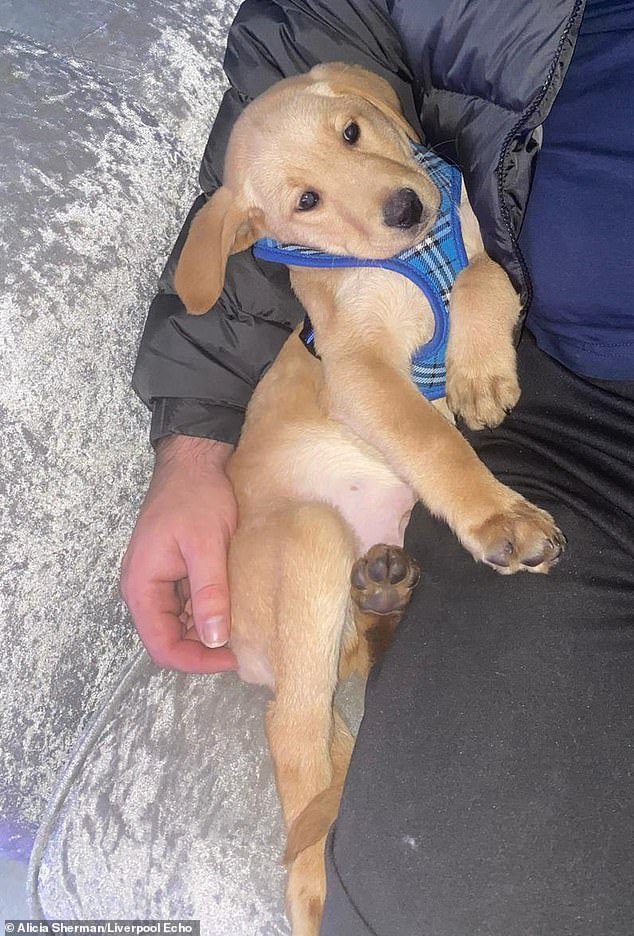 Two veterinarians in Chile have been accused of applying or promoting dog vaccines to people, falsely claiming it offered protection against COVID-19.

According to the health department for the northern province of Antofagasta, at least 100 workers at a mine and a hospital received the Octuple immunization shots.

According to a local veterinary’s website, the Octuple vaccine is administered on dogs for the first time during their first two months of life and once again in the third and fourth month. Dog should get additional doses every year thereafter.

The health department fined the offending vets the equivalent of about $9,200 and about $10,300.

Cathy Ball, a veterinary nurse, got herself a new puppy, a tiny black Labrador called Paisley, in lockdown who had already had her first parvovirus jab.

But just two days before her second dose, Ms Ball spotted signs of parvovirus infection in her puppy after mild symptoms emerged, and she sought help.

‘Often at work we see animals who are already pretty sick with vomiting, bloody diarrhoea and lethargy but we caught it early with Paisley,’ Ms Ball said.

‘She hadn’t been keen on her breakfast, which is very unusual with Labradors, and was a little bit sick so I took her to work to keep an eye and got the parvo test done just to be sure.’

Despite the early intervention of her owner, a drip and a course of anti-viral medication, Paisley soon became gravely ill and was transferred to the Pride Veterinary Centre in Derby, one of the best vet clinics in the country and part of the My Family Vets network.

Paisley was given around-the-clock intensive care and treatment from the Pride team, led by Mr Tiago Henriques, a Resident in Internal Medicine.

‘Paisley was very ill when she came in and I was concerned that we might not be able to save her,’ he said.

‘We had to continue with the supportive treatment she had already had, put her on a feeding tube and give her anti-nausea medication to stop her being sick.

‘We monitored her 24 hours-a-day in our intensive care unit and it was about five days before, happily, we saw real signs that she was going to be okay.’

Ms Ball says the days when Paisely was being treated were ‘the longest week of her life’ and  she encourages other owners to get their pet vaccinated.