The vicar who put Matt Hancock on the spot over Dominic Cummings says he’s ‘disappointed’ ministers have ‘rowed back’ on his vow to look into fines given to people who breached lockdown for ‘childcare reasons’.

This morning he told BBC Radio 4 that he was disappointed to hear that after Hancock said he’d pass the matter onto ministers, it had been announced that there won’t be a review of penalties. 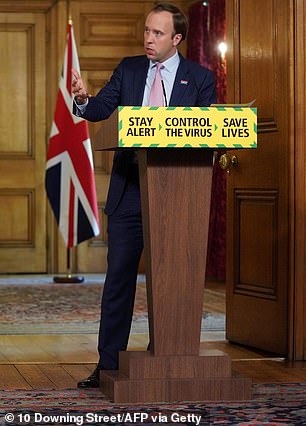 ‘I took him at his word that he’ll go away and have some discussion and that was nice to hear. It’s disappointing to hear afterwards that they’ve rowed back on that,’ he said.

‘What I want is honesty from the government. If their response is they can’t review things or don’t want to, I accept they’ll say that.’

It comes as Sir Bernard Jenrick, who will chair today’s grilling of Boris Johnson at the Commons Liaison Committee, confirmed this morning that there will be no such review.

Mr Paul also appeared on Good Morning Britain, saying that his question last night had resulted in positive responses from the public, with one emailing him to say that he’d shouted ‘hallelujah’ at the television upon hearing it. 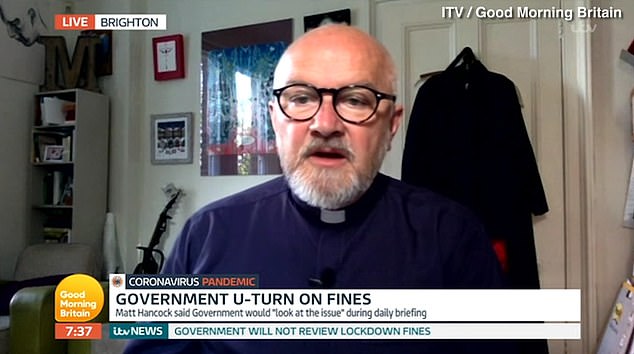 The Health Secretary suggested punitive penalties could be reviewed by the Treasury after Dominic Cummings made a 260-mile dash from London to Durham.

Mr Cummings, Boris Johnson’s chief aide, justified the March 27 journey on the grounds that he was concerned that if he and his wife became ill no one would be able to look after his son. 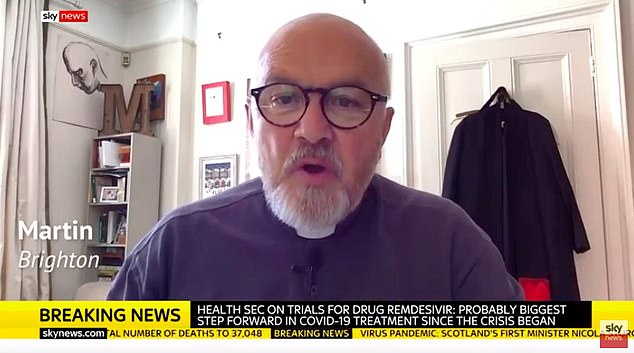 Mr Hancock tonight was put on the spot by Martin, a vicar from Brighton who asked one of the public questions at the daily Downing Street press conference

Mr Hancock tonight was put on the spot by Martin, a vicar from Brighton who asked one of the public questions at the daily Downing Street press conference.

He asked: ‘Will the government review all penalty fines imposed on families travelling for childcare purposes during lockdown?’

Mr Hancock said he would ‘look at’ the issue and come back with an answer – but a government advisor has since said there was no ‘formal review’ of lockdown fines, Sky News reports.