Popular broadcaster Vick Hope is reported to have previously enjoyed a string of low-key dates with boxing champ Anthony Joshua.

According to The Sun, stunning radio presenter Vick and hunky pugilist Anthony, both 30, were unable to make things work at the time, due to their busy schedules.

The report comes two years after former Capital FM Breakfast host Vick sparked hopes of a romance, when she shared a snap of herself posing with the fighter.

Low-key: Popular broadcaster Vick Hope is reported to have previously enjoyed a string of low-key dates with boxing champ Anthony Joshua. Pictured together in 2018

And when she was asked by The Sun about the dates, which the publication’s Simon Boyle claims Anthony confirmed, she responded: ‘He did not say that… no, he didn’t.’

MailOnline has contacted representatives for Vick Hope and Anthony Joshua for comment.

Having recently quit her gig with Capital, Vick will now have a less punishing schedule, as she has signed up to host BBC Radio 1’s Life Hacks in the afternoon and The Official Chart: First Look. 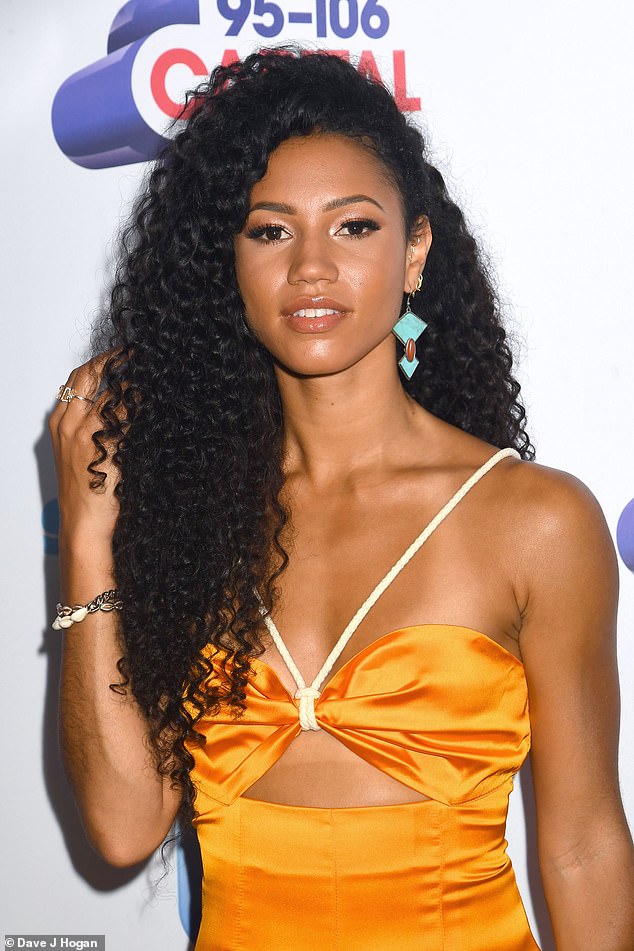 Busy: According to The Sun, stunning radio presenter Vick and hunky Anthony, both 30, were unable to make things work at the time, due to their busy schedules. Pictured in 2019

She told publication: ‘I did a breakfast show for three years and it does affect your body clock. You have this feeling of being a little bit jet-lagged, it’s the same for a lot of people on night shifts that I know.’

The Geordie beauty added: I did feel different when I started getting more sleep. It has changed my schedule. And there are so many TV projects now that we’re able to do because the time is available. I’ve got some really exciting things coming up.’

Back in December 2018, Vick sent her Instagram followers wild when she shared a cosy throwback snap with hunky boxer Anthony Joshua, from their appearance at the Pride Of Britain Awards in October.

While her fans were convinced the radio presenter and sportsman were dating, Vick revealed the pair are ‘unfortunately’ not together, hinting she would like to be. 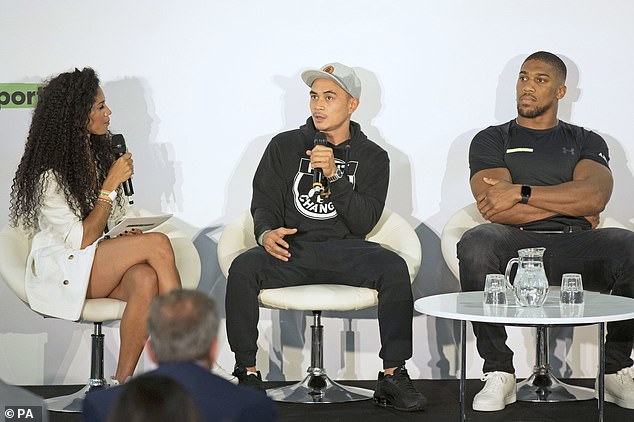 Chat: The pair are pictured together with boxing coach Gizmo Chu at the Black Prince Trust in Lambeth back in June 2019

Vick clarified in her caption: ‘Happy Boxing Day Eve Eve Eve…met AJ once at the Pride Of Britain Awards, was saving the pic for Boxing Day for caption-related reasons, am unfortunately not dating him, but thank you all for your optimism.’

Watford native Anthony, who shares five-year-old son Joshua with his ex Nicole Osborne, has been romantically linked to Cara Delevinge and Bella Hadid in the past.

Vicky confirmed her dating status to MailOnline during Capital’s Jingle Bell Ball in December, saying: ‘I am so single. The guys [Roman Kemp] are bored of hearing about how single I am.

When asked whether she’s got her eye on anyone, the brunette beauty hesitated before insisting: ‘No, no.’ 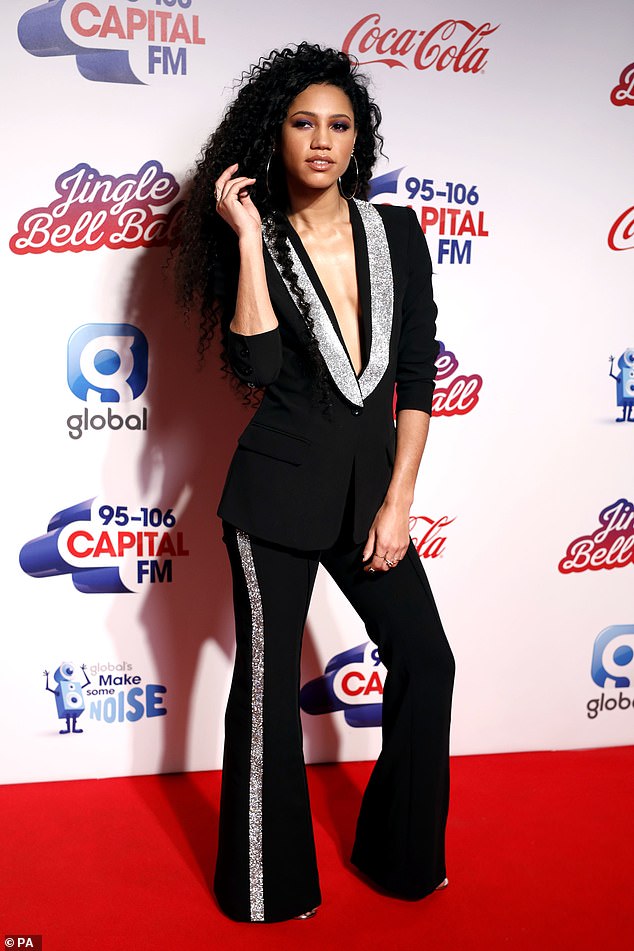 Hint: While her fans were convinced the presenter and sportsman were dating, Vick revealed the pair are ‘unfortunately’ not together, hinting she would like to be. Pictured in 2018