‘I feel like the luckiest Aunty in the world!’ Vicky McClure gushes over her nephew in rare snap of her family life

Vicky McClure posted a gushing birthday tribute to her nephew on Tuesday.

The Line Of Duty star, 38, who is married to director Jonny Owen but doesn’t have any children, shared a snap of herself on a boat with Kai – the son of her sister Jenny.

‘Happy Birthday Kai!!! I feel like the luckiest Aunty in the world. So incredibly proud of you, and love you more always! Have a great day!! [sic],’ came the caption.

The selfie saw Vicky leaning into shot as her life-jacket-clad nephew grinned behind her, as they enjoyed a fun jaunt on the waves.

Vicky headed up the Alzheimer’s Society’s Memory Walk at Wollaton Park in Nottingham on Sunday.

Vicky has been a leading supporter of the charity for years. Her family have first-hand experience with the disease – Vicky’s nana Iris died of dementia in 2015.

She fronted the show Our Dementia Choir in 2019. 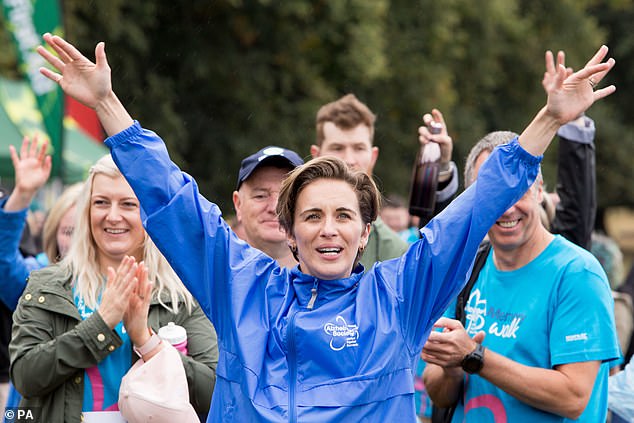 Leading the cause: Vicky headed up the Alzheimer’s Society’s Memory Walk at Wollaton Park in Nottingham on Sunday

Elsewhere, Vicky has reportedly signed a ‘dream deal’ with ITV where she is set to create her own drama, under the title Redemption.

Taking on a starring role herself, she will collaborate with the team behind The Crown, Left Bank Pictures.

She will co-produce the series, which will be filmed in her native Nottingham.

It comes as the BAFTA winner has signed up for another project with the channel, a six-part thriller called Trigger Point. 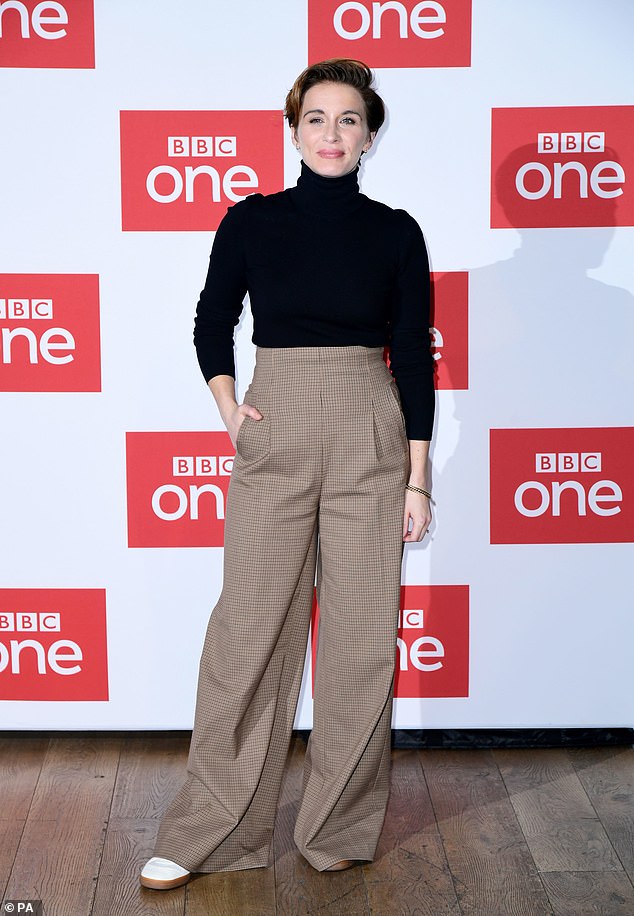 Elsewhere: Vicky has reportedly signed a ‘dream deal’ with ITV where she is set to create her own drama, under the title Redemption

She will play a member of the Metropolitan Police’s bomb disposal unit, according to rumours.

Vicky recently thanked fans for their votes in a new video filmed in her dressing gown, after she was forced to miss the National Television Awards due to filming commitments.

The Broadchurch actress said she was ‘gutted I couldn’t be there’ in a heartfelt clip shared to Instagram on Thursday night, adding that she felt ’emotional’ watching back a montage of her BBC crime drama Line Of Duty, as it scooped its gongs. 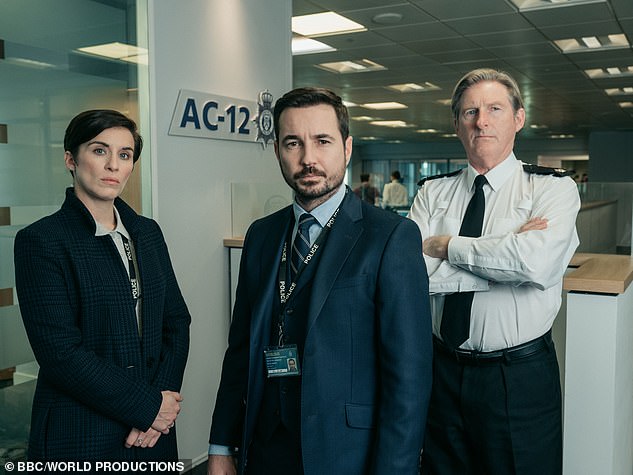 Star: The BAFTA winner is known to Line of Duty fans as DI Kate Fleming

She said in the video: ‘Hello there, I thought I had better do a little video just to say – oh my god thank you so much. Sadly not a glamour NTA moment here but gutted I couldn’t be there. Absolutely gutted.

‘So blessed and so grateful to everybody who voted for the show – and everyone who voted for us in the acting category, you know we saw that you were all voting and it was so, so beautiful of you all to do that.

‘And David Tennant is an absolute legend so I’m so chuffed for him. The Special Recognition award, I’ve just watched the montage back and it made me quite emotional.’ 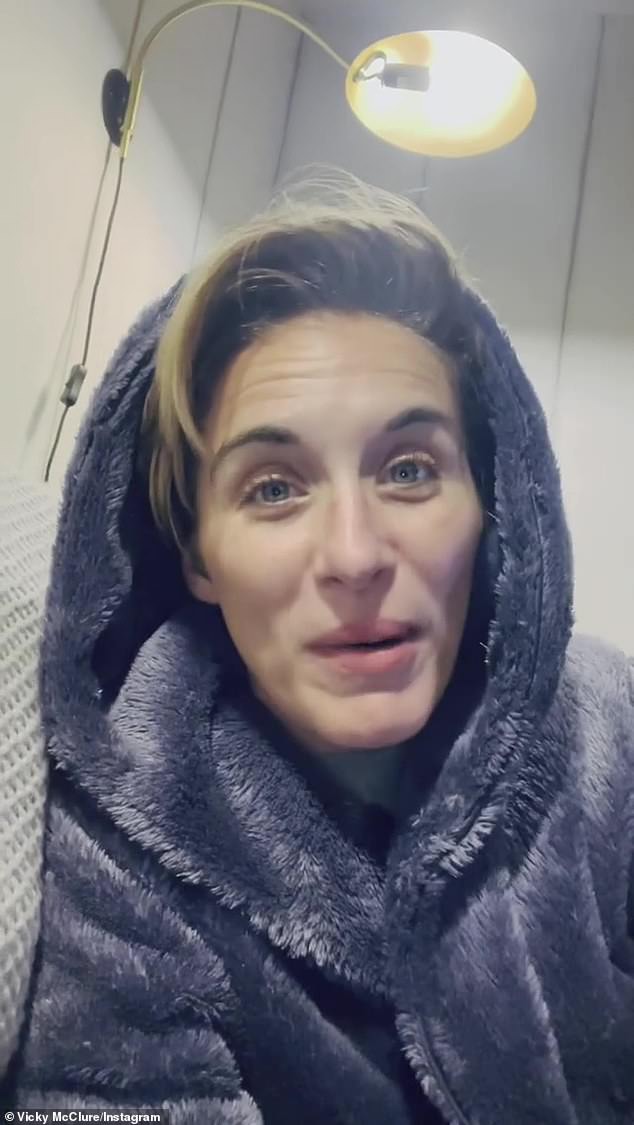 ‘Gutted’: She donned her dressing gown while thanking fans for voting after skipping the NTAs due to filming commitments

Reflecting on the series which she’s starred in since 2012, she continued: ‘It’s been a long time and we’ve been through a lot together.

‘And just… having my moment now to say thank you because I wasn’t there… so yeah. Don’t know what else to say cos I’m so tired! Can you tell?

‘Anyway, massive love, see you all soon. And as Martin said, here’s hoping we’ll be back!’

She captioned her video: ‘THANK YOU SO MUCH!!! LOD fans, you truly are the best of the best!! ♥️ @mrmartincompston have a few for me mate! @officialntas @bbclineofduty’. 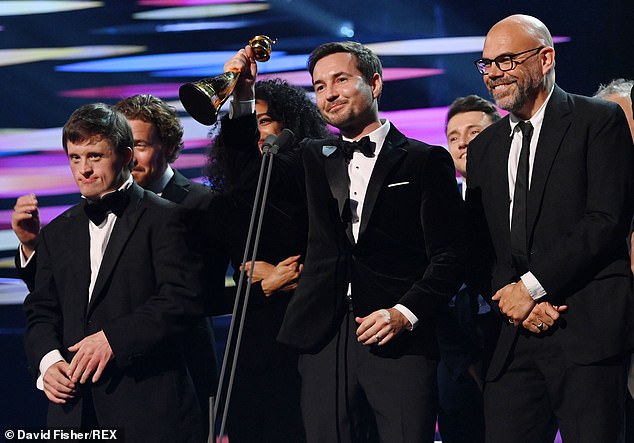 Well done! It was a very successful night for Line Of Duty at the National Television Awards