Vicky Pattison has opened up on her lowest moment, admitting she had ‘a bit of a breakdown’ several years ago.

The reality TV star, 34, spoke out exclusively to MailOnline in partnership with her lingerie edit for Pour Moi, detailing how she has dealt with past trauma, including her dad’s alcoholism.

She admitted: ‘There was a moment where I was desperate for a break. I’d gone from a very traumatic relationship breakup off the back of a very toxic relationship and I’d filmed a series in Australia and was promised a break.

Dark time: Vicky Pattison has opened up on her lowest moment, admitting she had ‘a bit of a breakdown’ several years ago

‘But because the show became so successful they needed another series. So, I was told you don’t have to come and do this series we’ll just replace you.

‘And like I just felt so undervalued and in essence replaceable. And I had bit of a breakdown.

‘I just knew there was no one looking after us and I didn’t feel strong enough to look after myself and it was awful. That was a real low point for me.’

Vicky also spoke about her upcoming documentary with Channel 4 about alcohol abuse and about her own personal experience. 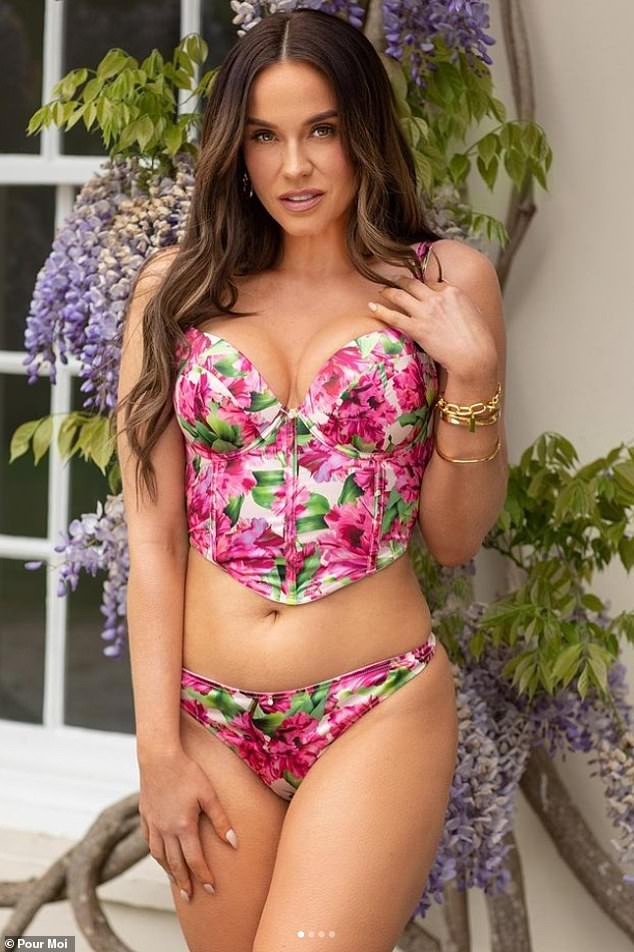 Trauma: The reality TV star, 34, spoke exclusively to MailOnline in partnership with her lingerie edit for Pour Moi, detailing how she has dealt with past trauma, including her dad’s alcoholism

She confessed: ‘Such a huge concern for me when I was younger, was god am I just going to end up like my dad? And I still worried about that until recently.

‘In the documentary I go through a journey of self discovery. There was there so much I didn’t understand about my dad’s illness, and what he’d been through, what I’d been through.

‘I think with trauma you push it down, you compartmentalise, but this documentary forces us to process stuff that had remained dormant for quite some time so it’s incredibly cathartic and I hope it helps people like it helped me. So many people struggle being the child of an alcoholic and feeling a sense of shame, and we should be past that by now, it’s 2022.’

Speaking about the turning point in her journey, Vicky said: ‘I think it happened quite organically as I was growing up. 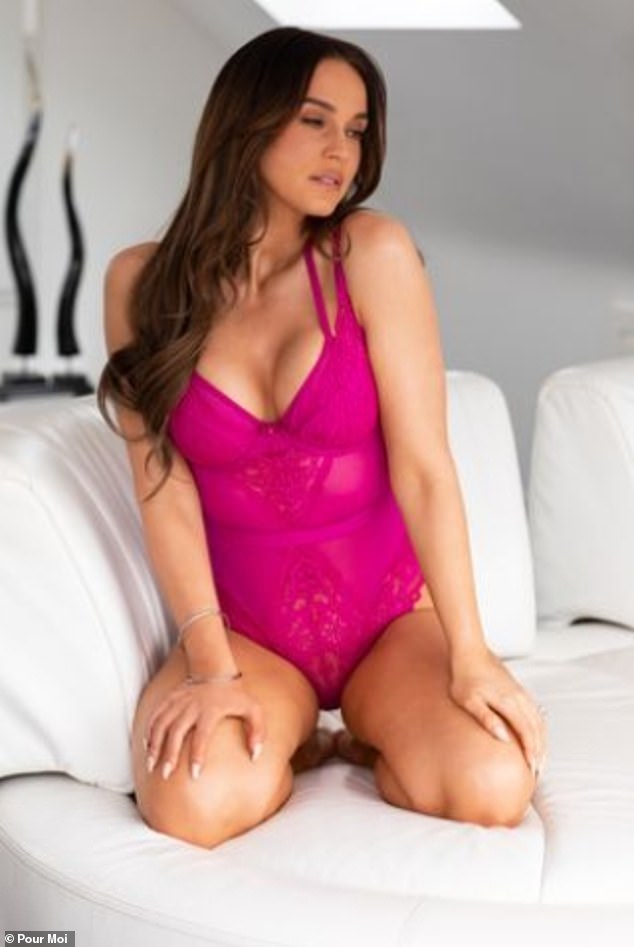 Candid: Vicky also spoke about her upcoming documentary with Channel 4 about alcohol abuse and about her own personal experience

‘I realised a lots of self-sabotaging habits I had weren’t bringing me peace, just providing temporary reprieve from my trouble or my worries, but ultimately you had to face them again in the end.

‘So I made some positive changes in my life, removed negative habits, removed myself from toxic situations. I worked hard at trying to surround myself with better people.

‘I’d be lying if I said all of that was easy and I’d sorted it all out, we’re always trying to evolve as human beings and I am still trying to be better.’

Despite her turning her life around, Vicky reveals there are always people that will judge her for her past. 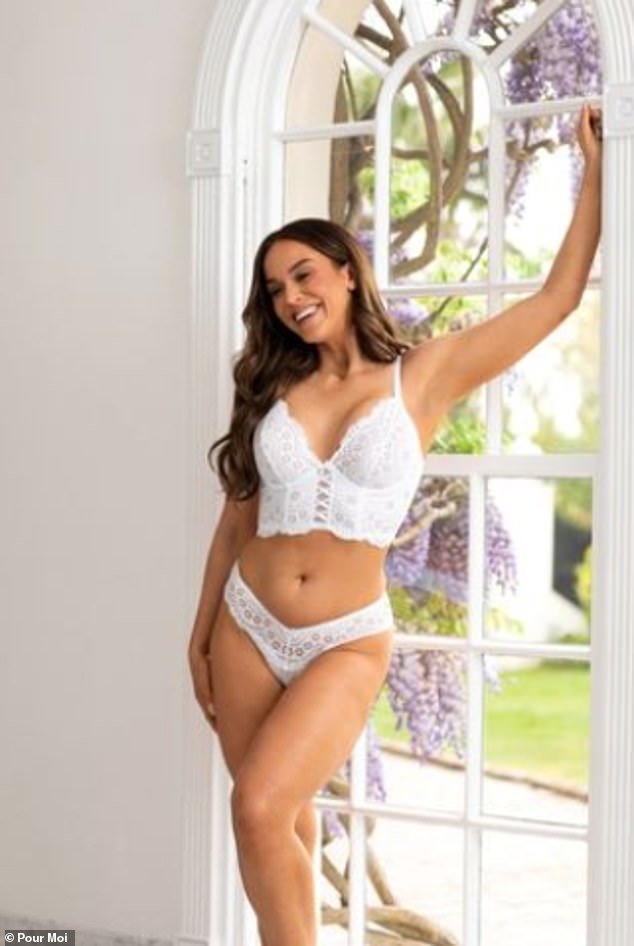 Judgment: Despite her turning her life around, Vicky reveals there are always people that will judge her for her past

She explained: ‘I think there are always going to be people who refuse to accept your growth. Whenever I put up something positive or really motivational or quite progressive on my Instagram there’s always some k******d who goes “aren’t you the same girl who did XYZ on Geordie shore?”

‘I think you’ve got to accept that there are some people in life that are going to be intimidated by your growth and it’s not my problem.

‘It’s predominantly men who are really desperate to keep you small, and I’m not small and I’m really proud of everything I’ve done and the person I’m growing into, so I’m not going to let anyone hold me back.

‘I can’t control how people see me so I just have got to continue to make sure I’m okay with how I see me.’ 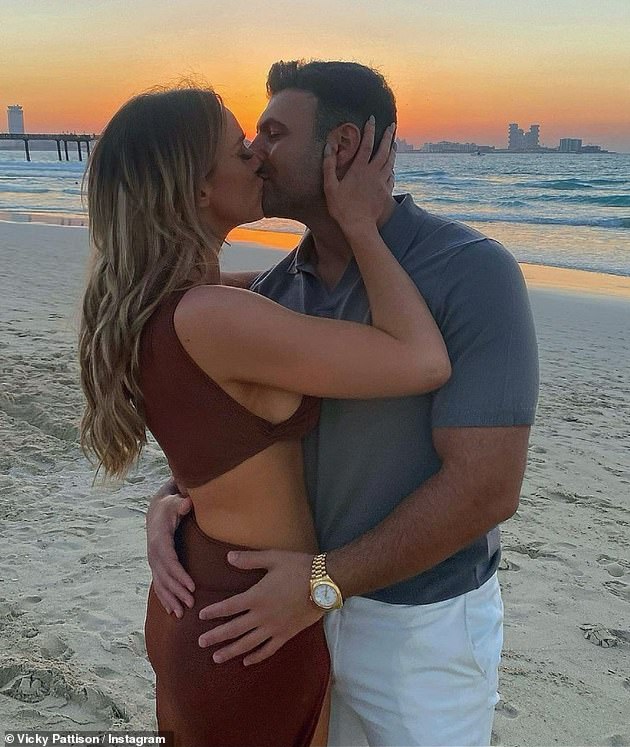 Loved-up: Vicky who recently got engaged to ‘the love of my life’ Ercan Ramadan, is currently in the process of freezing her eggs

Vicky who recently got engaged to ‘the love of my life’ Ercan Ramadan, is currently in the process of freezing her eggs.

She revealed: ‘I am definitely not planning on having kids soon. I’m just not ready, I think I want to get married and travel a bit more and focus on my work at the minute.

‘I think we’ll know when the time’s right, but I just don’t want to be in the position when the time is right and its too late for my body.’

Previously the star had said that she didn’t want children, but after meeting Ercan has come to change her mind about motherhood.

She said: ‘When I first said I didn’t want children I was like 27 and a lot of woman probably don’t feel ready. I know my sister and some of my pals have had a burning desire to have kids since they were 16 but for me it just took a bit longer.

‘Even still I know I’m 34 and I know I eventually want to be mum but I know now’s not that time. I just think for some women it takes a little bit longer for that maternal instinct to kick in.

‘Which is where I feel like mother nature plays a cruel trick because just when you’re in you thirties is when it started happening for me, and that’s when you’ve really got to start to worry.

‘I think mine just happened as I grew up naturally and I found someone I wanted to share my life with and that I felt really comfortable with.’

Speaking about her new Pour Moi collection, Vicky explained: ‘I’ve been a fan of Pour Moi for years even before I was working with them, I wore their stuff.

‘I’ve got big boobs and a big bum and for years I got really sick of my bum cheeks hanging out my bikini bottoms or my muffin top coming out of the top, or tits falling out – it never felt like I could get something that fit right.

‘Pour Moi is different, they’re super inclusive, they started as a lingerie brand so have a really great understanding of women’s bodies.

‘We’ve worked hard at coming up with a collection that is both sexy and fun an feminine, but also fits really well.’ 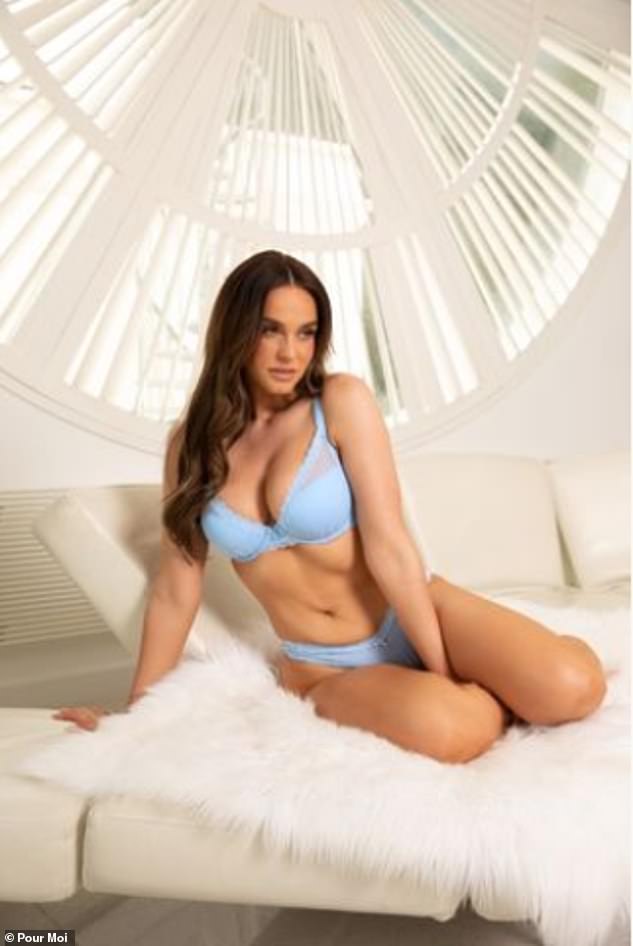 Big fan: Speaking about her new Pour Moi collection, Vicky explained: ‘I’ve been a fan of Pour Moi for years even before I was working with them, I wore their stuff’