Vicky Pattison says she was obsessed with being slim

As a star of Geordie Shore, Vicky Pattison lived a hedonistic life of clubbing and bingeing on unhealthy food, which gave her a size 16 figure she wasn’t comfortable with.

So when the 30-year-old lost 3st and brought out her own fitness DVD, it seemed Vicky had finally found peace with her body.

But the star has now admitted that her six size frame wasn’t making her happy, as she became addicted to staying slim.

Speaking exclusively to FEMAIL, Vicky revealed that she stopped socialising as she would spend nights out with friends counting the calories in her drinks.

Finally comfortable with her size 10 curves, Vicky credits her fiancé with helping her embrace her body, and now has her own TV motivating others to change their lives for the better.

Vicky Pattison trimmed down to a svelte size six in 2013, pictured, but now says maintaining her figure made her very unhappy and ruined her social life

In 2013 Vicky made headlines when she released her first fitness DVD 7 Day Slim and proudly flaunted the results all over social media.

But in private Vicky was ‘engrossed’ in maintaining her lithe body, and admits she was ‘addicted’ to her intense new regime.

She said: ‘I became very engrossed in it which was understandable as it was my sole purpose at the time, and it’s easy to become almost addicted to doing something you absolutely love. But looking back now, I became too small for my natural frame.

‘I was only a size six, I stopped socialising much and I wasn’t even having fun when I was worrying what meals I would be able to have if I was eating out and how many calories would be in a drink.’ 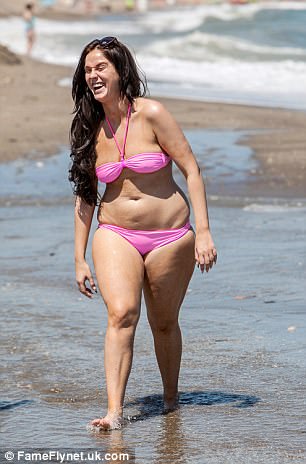 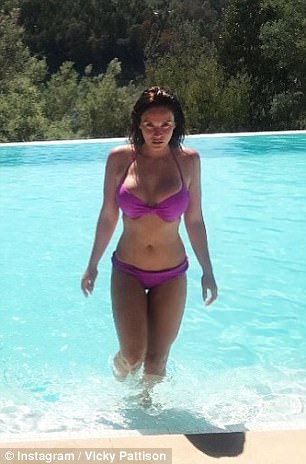 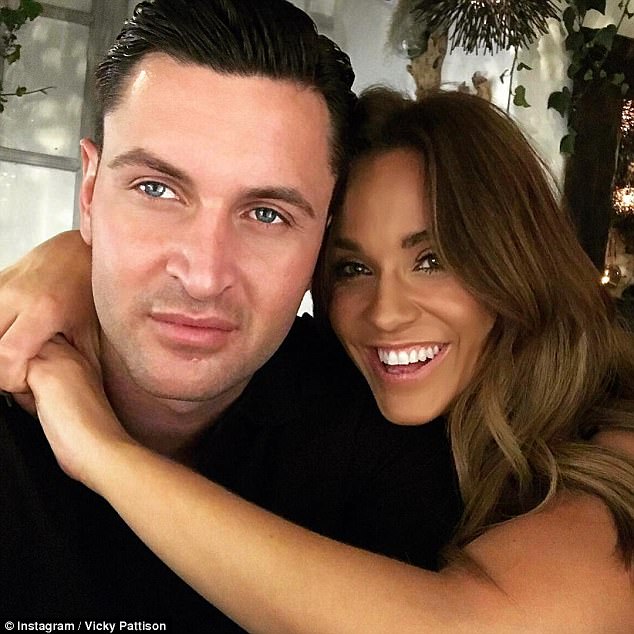 Vicky credits turning 30 and meeting her fiancé John Noble for helping her to follow a less intense healthy lifestyle.

She now feels able to enjoy the odd gin and tonic or indulgent slice of cake, but will hit the gym the next day to make up for it.

She continued: ‘I think every woman feels pressure to look a certain way but turning 30 and meeting John has hugely helped me to become more confident and to take a more measured approach.

‘There will be times I’m smaller and times I’m bigger but I think you just have to embrace it and not be too hard on yourself.’ 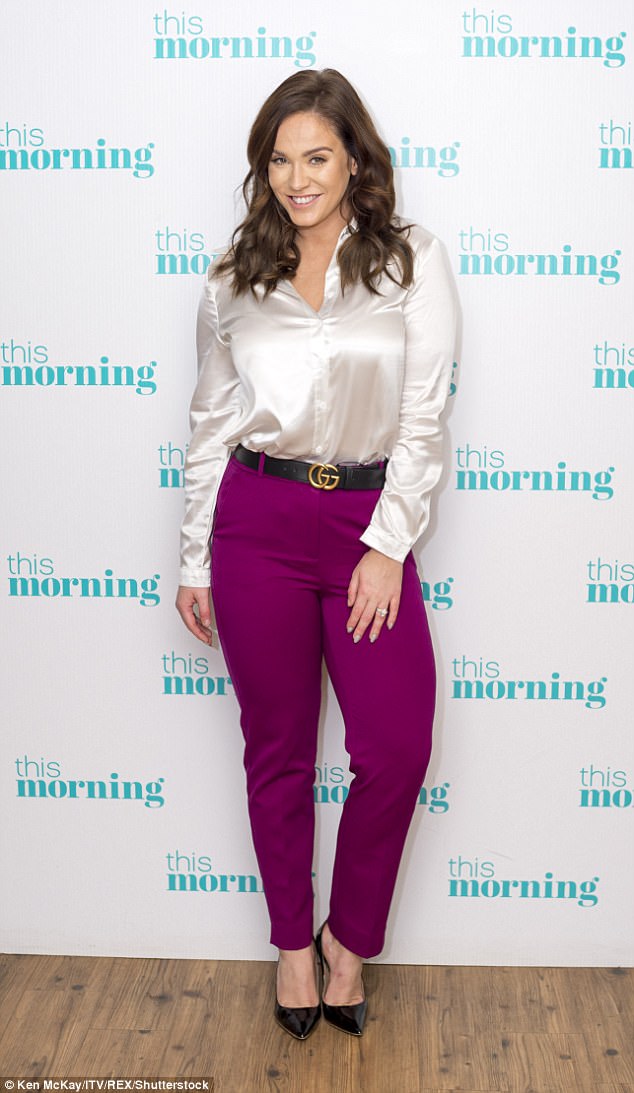 Vicky quit Geordie Shore in 2014 and went on to win I’m A Celebrity… Get Me Out of Here in 2015. She is now back on TV in her new MTV show, as well as regularly presenting on This Morning 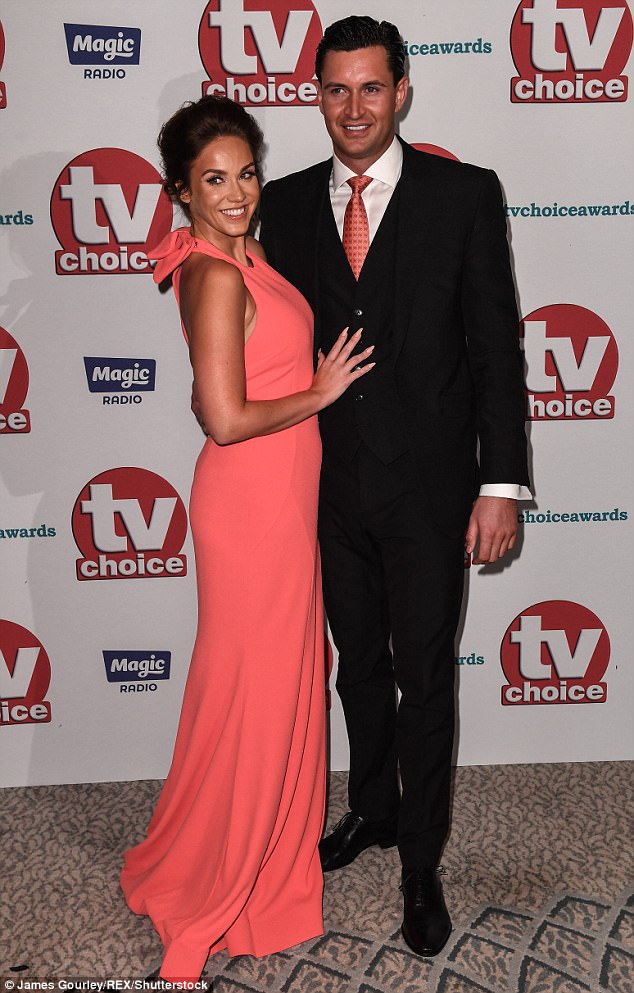 The couple are planning to plan a wedding that they want, after becoming stressed trying to ‘please’ everyone else at their engagement party

Her fitness journey has given the opportunity to host her own programme to inspire others to get back into shape.

Ex On The Beach: Beach Body SOS works with 16 people who struggle with their weight in an intense 12 week programme, using the help of personal trainers and stylists make them more confident about their bodies.

Vicky said: ‘It’s something I’m very proud of and have been working on for a long time now. We take overweight or underweight people who don’t like what they see, and put them into a programme to transform themselves. 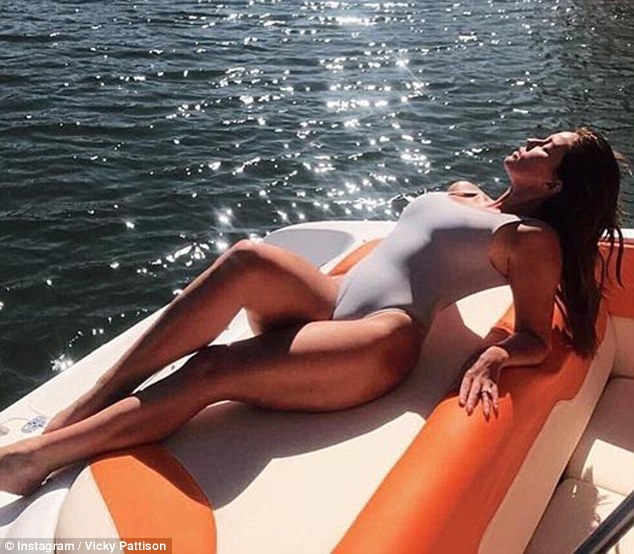 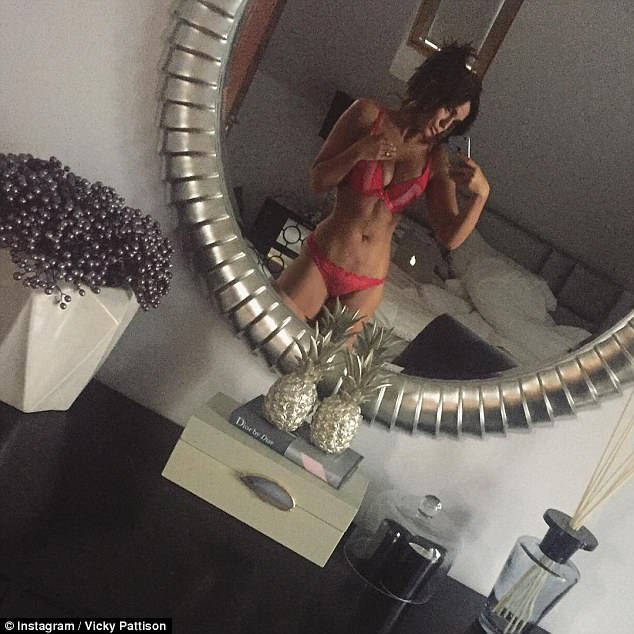 ‘We work with them to get them to love themselves – because everyone deserves to get the best va va voom from life and feel amazing don’t they?’

Vicky is also focusing on planning her wedding to John, a businessman from her native Newcastle.

She says the wedding will be all about them, as planning their engagement party put them under a lot of stress. 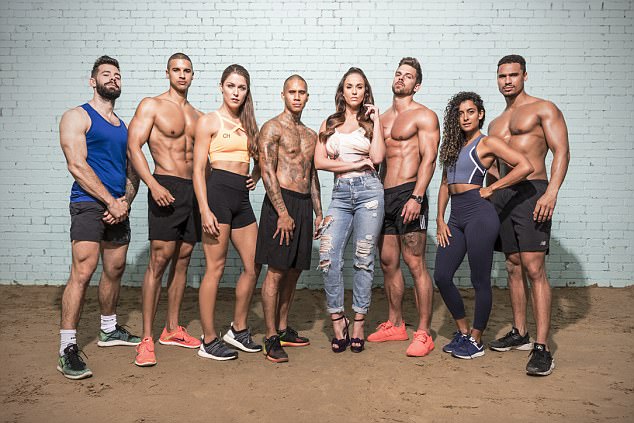 Her new show Ex On The Beach: Beach Body SOS puts a group of people through an intense 12 week exercise programme 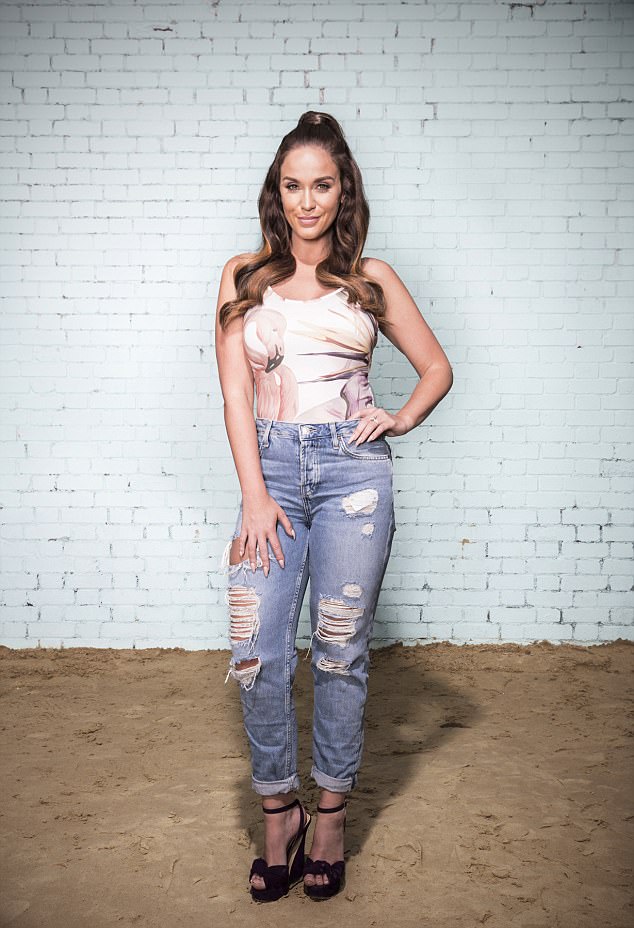 The brunette says she’s ‘very proud’ of the TV programme, which airs on Wednesday nights

She explained: ‘John and I fell into the pitfall of thinking we needed to arrange a huge engagement party as that’s the done thing and we wanted to please everyone else but it ended up actually being a huge stress on the both of us. So the wedding will be purely focused on us!

‘I think it’s easy to lose sight of that and forget that the reason you are getting married is because of how much you love each other.

‘So instead of getting carried away with trying to make everything perfect and pleasing other people, we will be having a really intimate wedding which is romantic, and beautiful and is because we love each other and want to celebrate that.’

Beach Body SOS airs every Wednesday at 8pm, on MTV