Victim of road rage in Melbourne calls to deport attacker

This is the moment a man is kicked and racially abused in the middle of the street in a terrifying road rage attack.

Melbourne man Paddy, who moved from Sri Lanka 22 years ago, said the threatening attack happened when both drivers pulled their cars to the side of a Melbourne road on November 22.

In the footage shared by Avi Yemini, the New Zealand attacker is seen repeatedly kicking Paddy in the legs.

His attacker, a New Zealand man, (left) is seen verbally abusing Paddy (right) and repeatedly kicking him in the legs

Forcefully kicking Paddy with his steel-capped boots, the man said ‘what c***, you think I give a f***?’

Paddy can be seen walking backwards and away from his attacker in a bid to stop the fight.

Paddy warned the man his friend was recording the attack on his camera, but the New Zealand man said ‘I don’t give a f*** c***’.

Paddy said the November 22 attack was the result of road rage.

He said he wanted to go public with the attack because he felt the judicial system had not done anything to help.

‘Where else are we supposed to go if the very law supposed to be protecting us isn’t,’ he told Avi Yemini. 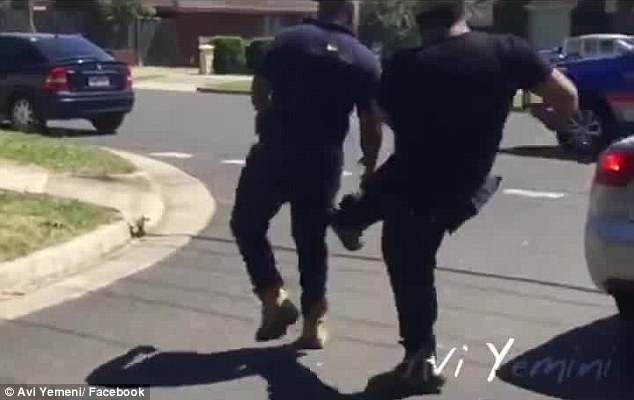 Speaking about the increased number of violent attacks in Melbourne in recent years, he said: ‘We’re hoping someone will wake up and stop this lunacy’.

He called for ‘tougher laws and tougher penalties’.

‘Pay the victims, at least then they will know they have to pay out of their pocket,’ he said.

Paddy said he couldn’t work for a week after the attack which left his legs severely injured.

Paddy also called for the perpetrators of violent crimes to be deported back to their native countries.

‘Remember why you came here, you bypassed all the other countries to come to Australia for a better life. So make sure it’s a better life for everyone,’ he said.

‘If they don’t agree with the system, what are they doing here.

‘If you don’t accept it, you should go back.’ 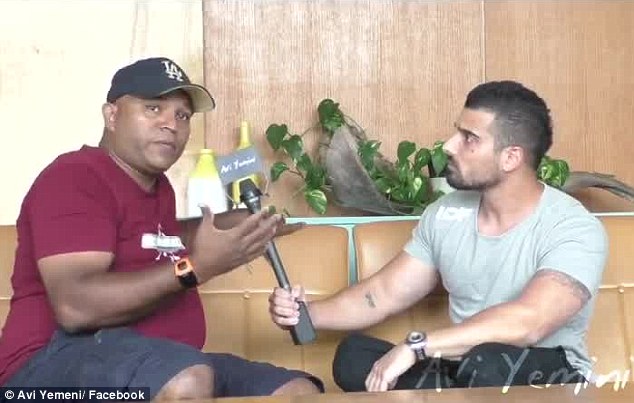 Speaking to Avi Yemini (right) about the increased number of violent attacks in Melbourne in recent years, Paddy (left) called for violent perpetrators to be deported

Paddy claimed the Victorian and Federal governments were not doing enough to protect their citizens.

‘There are all these horrible things happening, even my family in Sri Lanka is asking what is happening in Australia,’ he said.

‘We need to do something.’

The police confirmed the 42-year old victim received minor leg injuries as a result of the incident.

The 21-year-old will be charged with unlawful assault, assault by kicking, use offensive language in a public place and use threatening words.

He will appear at Dandenong Magistrates’ Court on April 24.