Victims of an elaborate phone scam have revealed the convincing lies used by the telephone fraudsters.

The Chinese con operation has netted millions of dollars worldwide, with victims reported in Australia, New Zealand, the US, Canada and the UK.

The scam often starts with a Mandarin phone call or voice message, and details are starting to emerge of the contents of the calls.

One New Zealander said they received a message from a caller claiming to be from the Chinese Embassy, saying there was a parcel for him, NZ Herald reported.

‘Then it transferred to a Chinese male who asked my name and passport number,’ the man said.

‘I was outside then so can’t remember my passport number so [I] told him I’ll call him back when I’ve found my passport.’

When he called a number given there was no answer, and the man believes he was close to losing everything. 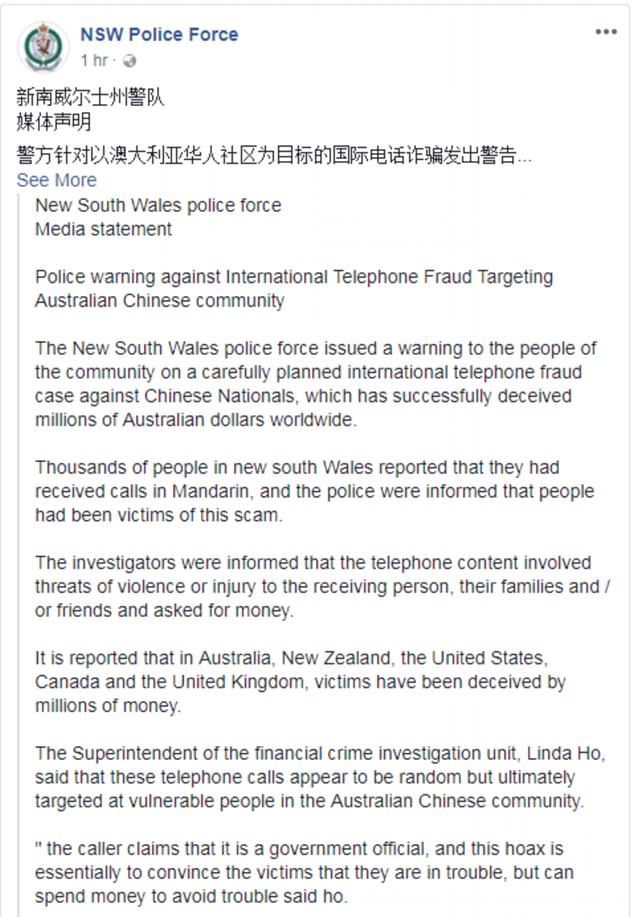 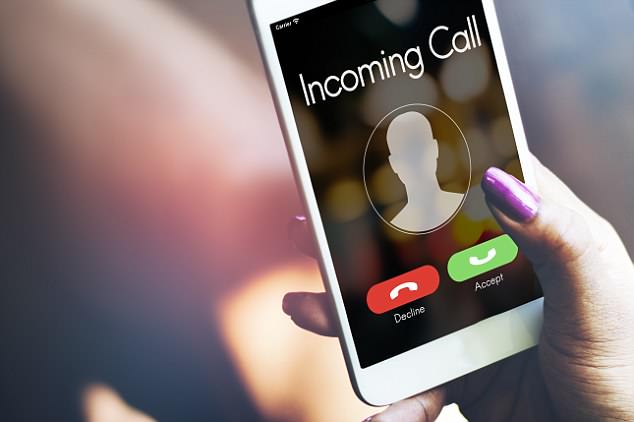 Other New Zealanders reported receiving daily calls in Mandarin for weeks in a row, with numbers traced back to Auckland’s hair salons.

Attempts to block the numbers have proved difficult for some, with one person saying they are unable to stop the calls coming in.

What to do if you get the scam phone call

– Do not disclose personal details

– Never give out you financial PIN or account passwords

– Do not make payments to the caller by phone, internet or cash

– If you are suspicious of the caller, ask them questions about their credentials and if they avoid answering, hang up

– Don’t let scammers pressure you, they often follow scripts to put you under pressure

– If you think you provided personal details to a scammer, contact bank immediately

– Report it to police

‘Sometimes they call me on my landline at work, sometimes on my work mobile but lately it’s my personal mobile,’ they said.

Authorities are warning Australians to hang up their phone immediately if they receive one of the phone calls.

One victim was swindled out of almost $2million and is among dozens of people conned by the Chinese phone scam.

At least 50 people across New South Wales have reported they were scammed, however authorities believe more people have been tricked by the elaborate scam.

Australians who have found voicemails left in Mandarin on their phones have been urged by police to hang up immediately.

New South Wales Police issued a public warning on Wednesday after ‘thousands’ of people reported receiving calls from someone speaking in Mandarin.

‘I want to stress that the Chinese Embassy would never contact a victim to pay money over the phone,’ Financial Crimes Squad Commander, Detective Superintendent Linda Howlett said.

The caller demands money and threatens violence or harm to the receiver, their family and friends if they don’t pay up. Police also urge the community not to provide any personal information to callers such as these, and to report the call to police

In some cases, Chinese expats in Australia without money were told to perform a kidnapping in order to retrieve money from family overseas.

According to New South Wales Police, the call often starts with a recorded message in English or Mandarin, and transfers to a person claiming to be from the Chinese Embassy or Consulate.

Listeners are then told the call will be transferred to the ‘investigators’ or ‘police’, who demand bank accounts, PINs, passports, family information, and cash payments.

Police are working with the Chinese Embassy and the Chinese Consulate-General as part of the investigation. 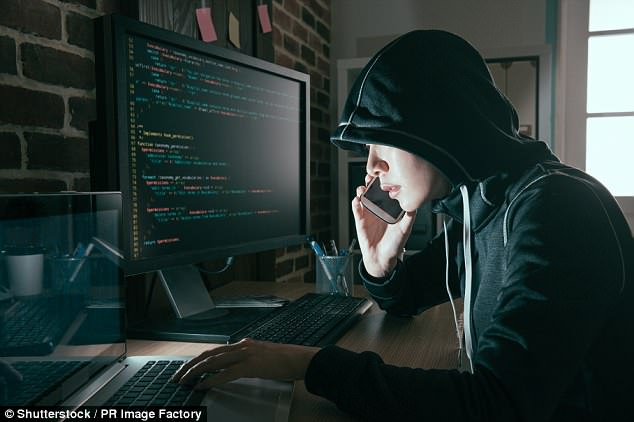 The international scam has claimed victims in Australia, New Zealand, the US, Canada and United Kingdom (stock image)

The Chinese embassy posted a public alert last week, stating that two embassy phone numbers ‘have been misappropriated by the frauds’.

Police urge the community not to provide any personal information to callers such as these, and to report the call to police.

‘If you think you have provided your account details to a scammer, contact your bank or financial institution immediately.’

Scam victims are urged to report it to local police or to the ACCC online at the ‘SCAMwatch report a scam’ page or by calling 1300 795 995. 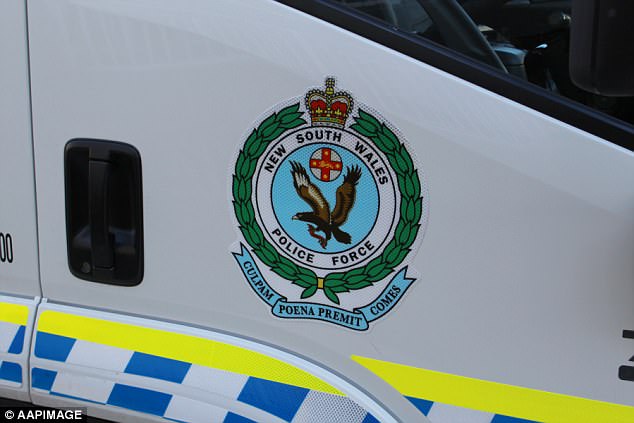