The owner of Australia’s best-rated Airbnb has been charged with threatening a guest who left a negative review about his prized holiday home.

David Penman, 53, was due to appear in Melbourne Magistrates’ Court this week for allegedly using a carriage device to harass and menace Matthew Taylor last June.

Mr Taylor, who is a sales manager, booked the luxury accommodation Clifftop at Hepburn when he claims the booking was abruptly cancelled after a minor price dispute.

Dave Penman, 53, owner of the best rated Airbnb in Australia – Clifftop at Hepburn – has been charged with allegedly using a carriage device to threaten and menace

The property, which is owned by Mr Penman, costs $563 a night to rent and boasts an array of travel, hospitality and architectural awards, according to its Airbnb listing.

In a review posted to Tripadvisor in 2020, Mr Taylor left a one star rating after claiming his four night stay was cancelled for challenging the price of a second room.

‘I said no problem, we were just enquiring because we were thinking about taking our parents,’ he said.

Mr Taylor claimed there was contrary price information on the website at the time and suggested the alleged details be taken down if they are incorrect. 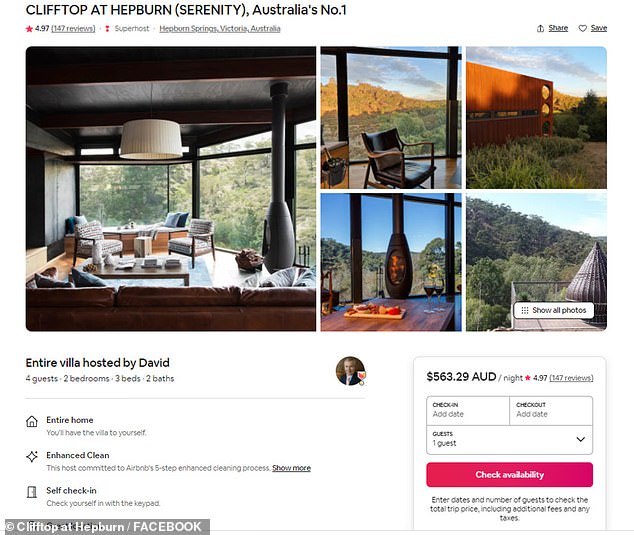 The Airbnb costs $563 a night and boasts an array of travel, hospitality and architectural awards according to its listing

But instead Mr Taylor claims Mr Penman refused to honour the supposed offer on the website and cancelled his family’s entire stay instead, citing an email exchange as evidence of the dispute.

The negative review left by Mr Taylor allegedly triggered a string of abusive and threatening messages from Mr Penman. 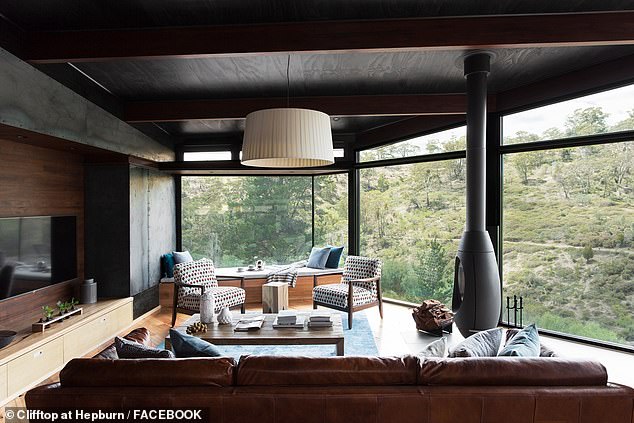 The matter was adjourned in court on Monday until February next year, when Mr Penman plans to dispute the allegations, WA Today reported.

This is not the first time Mr Penman has made headlines after a negative online rating.

In October 2020, Dave Penman sued Kaleen Dalliston for defamation after she slammed his holiday rental in a series of posts on Facebook and Tripadvisor.

Ms Dalliston was due to stay at the property in August last year and she claimed she was not refunded when Victoria’s longest lockdown put a pause on her trip, so she went on social media to warn other travellers about her experience.

In her online review she claimed Mr Penman was only professional when she was providing him with money and ‘disappeared’ when it came time to ask for a refund.

Ms Dalliston also posted ‘whatever you do, don’t stay here’ on her personal account. 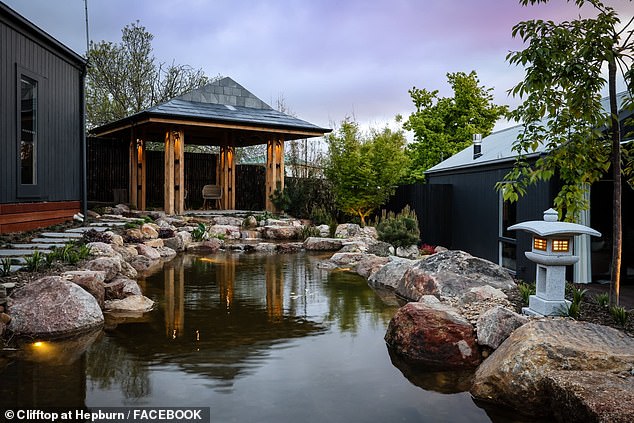 Documents filed in County Court of Victoria and seen by Herald Sun at the time read Mr Penman sought aggravated damages after claiming the reputation of his business was damaged by Ms Dalliston’s posts.

Mr Penman believed the accommodation was held to contempt and ridicule after claiming Ms Dalliston urged readers to share her posts to spread the damage.

He also claimed Ms Dalliston did not disclose that she was offered a full refund and had agreed to wait before being contacted by the business. 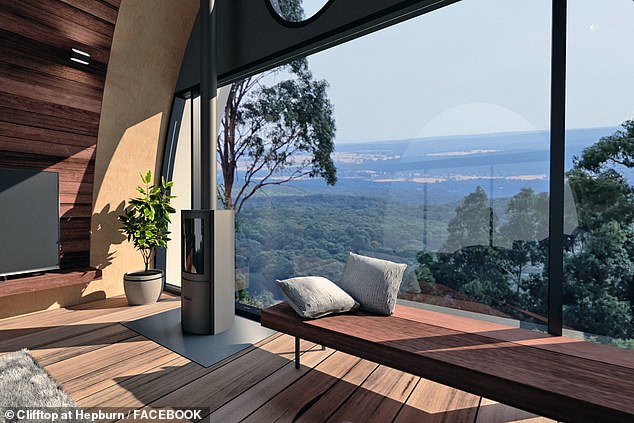 Mr Penman had sought a permanent injunction from the court to stop Ms Dalliston from posting further statements of a similar nature.

The legal dispute was resolved when both parties agreed to an undisclosed settlement.

‘From the moment you step into Clifftop at Hepburn, you’re in another world,’ the Airbnb description reads.

‘A world where flickering flames and floor-to-ceiling windows frame breath-taking panoramic views that plunge from the site of an old pine forest down a sheer cliff face, unrolling onto native bushland below.

‘Imagine a leisurely evening in your private spa, sipping champagne to the backdrop of surround sound and a crackling fireplace.

‘Imagine each night falling asleep to a towering wall of stars and waking each morning to sunbeams welcoming dramatic views.

‘Imagine a retreat where you leave real life at the door, choosing instead to lounge in the lap of luxury.’